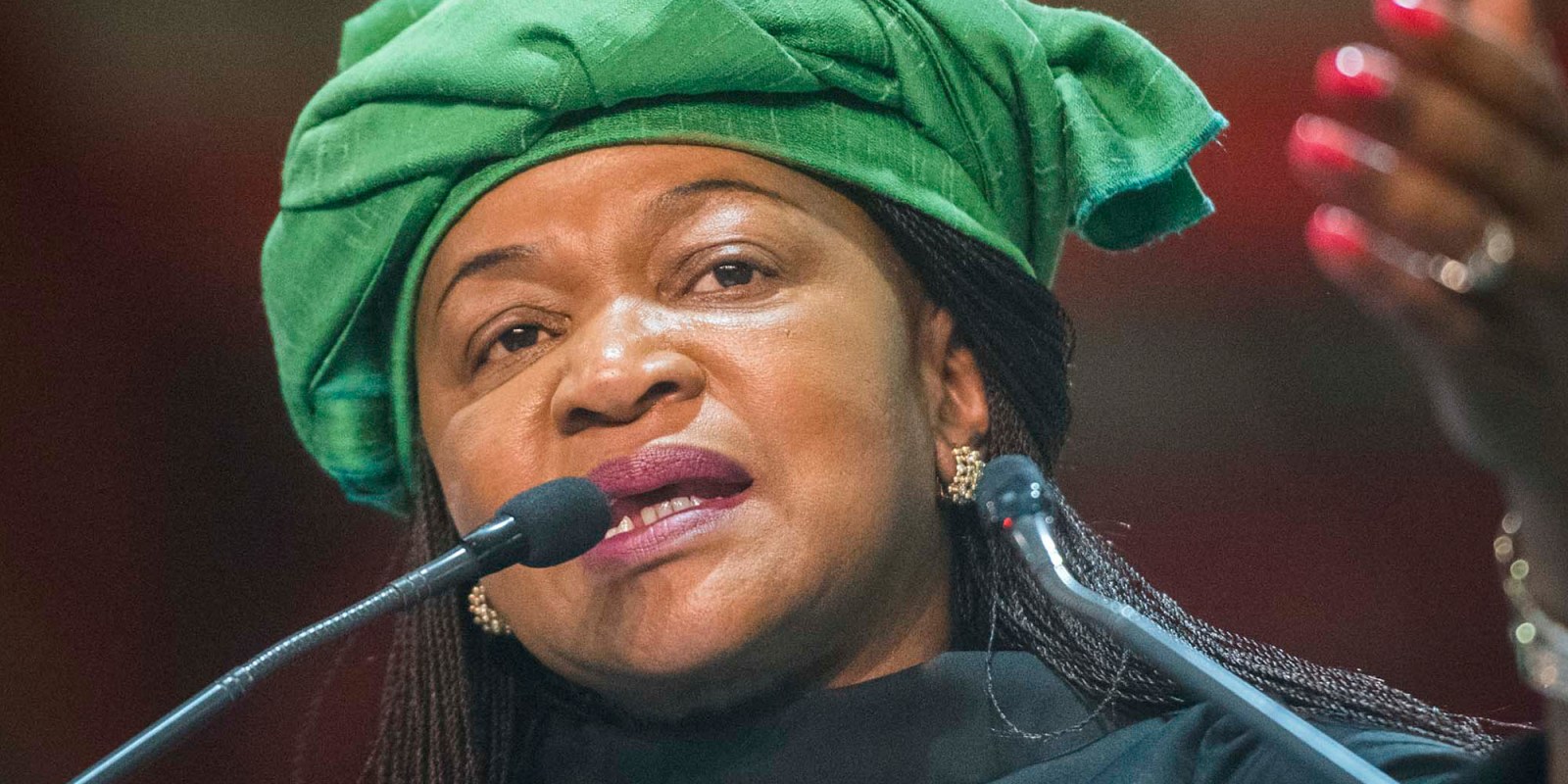 From which particular vision is the Department of Sport, Arts and Culture obtaining its mandate? This question has seemed ever more fraught in the context of expensive ‘social cohesion’ projects while artists plead in vain for financial support. Few answers were available at a Monday media briefing to discuss the ANC’s latest policy document on the subject.

In the ANC’s latest policy discussion paper on Arts, Culture and Heritage, the word “artists” appears just once.

At a media briefing on Monday at which the subject was discussed, a Soweto artist who attempted to pose a question on behalf of local artists was told that the session was for journalists only, and was directed to take up her issue separately.

The overview of the policy paper given by the ANC’s Baleka Mbete at the briefing dealt almost exclusively with the party’s concerns over the desecration of graves.

Mbete cited as a recent example the vandalism of PAC leader Robert Sobukwe’s grave, suggesting that when such graves are treated with “indignity and disrespect”, it reflects “how much disrespect we have for ourselves”.

The Arts, Culture and Heritage paper on which Mbete was briefing the media is one of a bundle of ANC discussion documents released in May ahead of the party’s upcoming national policy conference.

The paper acknowledges the current and past shortcomings in the ANC’s thinking around arts, culture and heritage. Policies on these subjects have often seemed to be “ad hoc, tentative and poorly expressed”, it notes.

It states that arts and culture have suffered from being bundled alongside sport, “which undoubtedly receives more prominence and funding”, and suggests that one reason for the current weaknesses in the area is that the ANC has not had a dedicated arts and culture commission since 1991.

The paper suggests that as a result, South Africa sees the ongoing “dominance of English and to a lesser degree, Afrikaans; of neoliberal ideologies and western cultures”.

Another possible consequence: “the levels of violence against foreign nationals”, which the paper attributes to “the lack of understanding of our current humanity”, an issue that arts and culture should be seized with.

The link drawn between xenophobic violence and arts and culture policy failures reflects a view that dominates the paper. This is that the arts can, and should, be put to highly instrumentalised and pragmatic purposes to support nation-building, social cohesion and the pursuit of “a revolution or transformation in a transitional post-apartheid society”.

This vision will not be news to anyone who has followed the government’s arts and culture plans over the past few years, illustrated most notoriously in May by Minister Nathi Mthethwa’s shelved plans to spend R22-million on a “monumental flag”.

But for those already concerned that there is little scope in such a vision for supporting artists who may not wish to be co-opted into any particular revolution or patriotic agenda, this latest policy paper does not offer much cause for hope.

Although the paper lists as one of its recommendations a need to develop “new funding methods to ensure sustainable resourcing of arts, culture and heritage”, that proposal does not appear in the conclusions as to “priority policy interventions and flagship programmes”.

The paper concludes that immediate priority is to be given instead to:

It is hard not to conclude that the “heritage” portion of “arts, culture and heritage” is being treated as considerably more important than the “arts and culture” bit.

There is also the fact that the government’s existing heritage sites, such as the Robben Island Museum and Winnie Mandela House in Brandfort, have been mismanaged or neglected — raising the unanswered question of what new projects in this area might do differently.

The ANC’s paper in fact cites both the Robben Island Museum and the Winnie Mandela House as “legacy projects” to be celebrated, despite abundant recent evidence to the contrary.

It, does, however, note the problem of “seemingly progressive ventures” being launched without further resources going towards upkeep, and advises: “Our policy position must address itself to this dilemma.”

At Monday’s media briefing, Mbete assured the Soweto artist whose question was cut off that in preparing the discussion paper, artists had been widely consulted.

Mbete said these artists had been asked: “What are the key issues that they wanted highlighted?”

The claim that the resulting paper does indeed capture the key concerns of South African artists is one that is certain to be hotly contested. DM