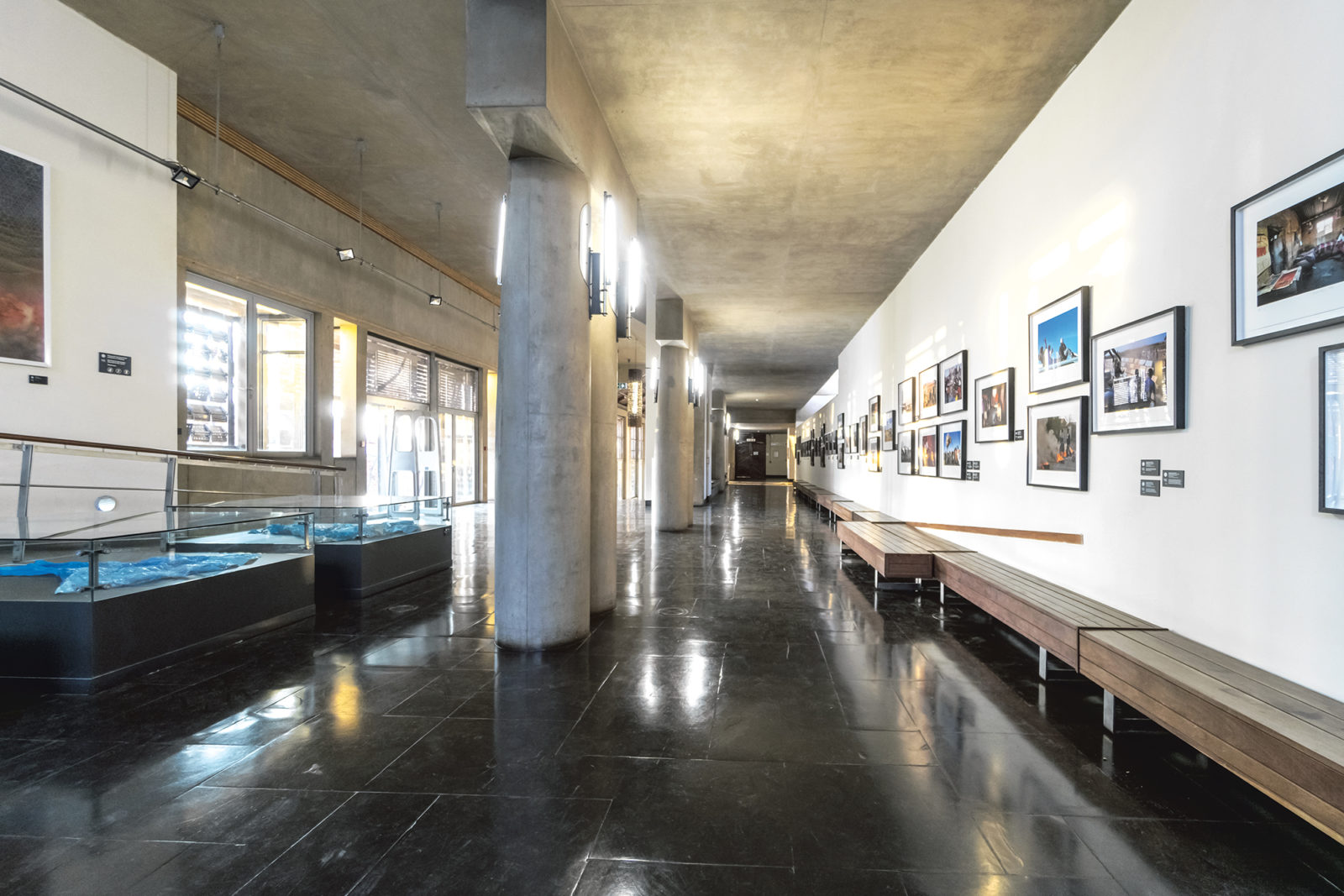 With Covid-19 shutting down the industry and cutting off revenue streams, some heritage museums have temporarily shut their doors or are on the brink of permanent closure.

How do we as South Africans make sense of our painful past? Where do we go to acknowledge the brave and ordinary citizens of this country who fought for its liberation? The answer would be to go to a place such as the Apartheid Museum in Johannesburg, where Nelson Mandela’s boxing gloves are exhibited, or the District Six Museum in Cape Town, which documents the forced removals that took place in the area in the 1960s.

But for years institutions such as the Apartheid Museum and others have struggled to get adequate funding. With Covid-19 shutting down the industry and cutting off revenue streams, some heritage museums have temporarily shut their doors or are on the brink of permanent closure.

“Covid-19 hastened a crisis that has been there for a long time,” said Tali Nates, a historian and the founder of the Johannesburg Holocaust and Genocide Centre.

“Historically, countries have struggled and have often taken a long time to memorialise their painful histories and when they do create museums, they’re often poorly funded.”

Public cultural institutions such as the Robben Island Museum are in a less precarious position because they are funded by the Department of Sport, Arts and Culture.

In the 2019/20 financial year, the department spent about R850-million on public cultural institutions.

The department received relief funding of R665-million, said spokesperson Masechaba Khumalo. From this amount, R300-million went to the National Arts Council (NAC), which was mandated to consider proposals from the heritage sector. The NAC has been able to financially support 57 independent heritage organisations and one state-owned museum to the amount of R18-million.

Heritage museums also make their money from ticket sales, which was impossible during the lockdown.

Robben Island Museum, in Cape Town, where anti-apartheid activists such as Mandela were imprisoned, has also recently been in the news for mismanagement and its dilapidated infrastructure. According to its annual reports, the museum did not spend R102.6-million of its infrastructure grant by the end of March 2020.

Institutions that are independently owned, such as Liliesleaf in Johannesburg, often have to find other ways of raising funds.

Since 2002, Liliesleaf had raised R192-million, said Nicholas Wolpe, the CEO of the Liliesleaf Trust. In the past 19 years of its existence, R62-million had come from the Department of Sport, Arts and Culture. “We [hadn’t] been doing well even before the pandemic; we were literally surviving by the skin of our fingernails,” Wolpe told DM168.

Liliesleaf, in Rivonia, is best known as the secret headquarters of the ANC, SACP, Um-khonto we Sizwe and the Congress Alliance in the 1960s.

Wolpe said they applied for funding from the department in 2018, but were rejected. This was often because the department was not keen on funding independent heritage museums, said Wolpe. By February 2021, Liliesleaf was R5.5-million in debt.

Other heritage museums that have struggled to pay off their debt include Mandela House on Vilakazi Street, Soweto, which was recently liquidated. The museum, which is run by the Soweto Heritage Trust, carries a rich history: it’s where Mandela and his family lived from 1942 to 1962.

“To put it bluntly, the sector is in shambles; it’s crumbling… What we stand to lose is the soul and edifice of who we are,” said Wolpe.

To illustrate what we stand to lose by the closure of places such as Liliesleaf, Wolpe spoke about bumping into a friend at Nelson Mandela Square, in Sandton.

“He was with two young born-frees. I asked them if they had heard of Rivonia, and they said ‘Yes, the road,’ and I walked away. They’d never heard of the Rivonia Trial. We’re losing our history,” said Wolpe.

Although some may not see the importance of heritage museums, the Revised White Paper on Arts and Culture notes: “The role of museums within South Africa has the potential to radically shift from an institutional landscape of current lack and isolation to a landscape of creative and cultural relevance, dynamism and social change.

“Rather than seeing them as primarily neutral institutions focused on collecting and preserving artefacts, the ‘new museology’ argues that museum curators play an important, active role in contextualising artefacts and thus in shaping national identity.”

Our heritage museums help us to make sense of our difficult past and commemorate the hard work it took to gain our human rights, said Nates.

They are also about recognition. Recognition is an incredibly important part of history because without recognising our history we are in trouble.

Last month, US President Joe Biden acknowledged that the killing and deportation of up to 1.5 million Armenians during World War I by Turkey constituted genocide. This recognition means a lot because it recognises the victims and those who dedicated their lives to change, said Nates.

But what we have now is an “unsustainable” model for funding heritage museums, hence the crisis we have now, said Nates. For example, in Germany, the state always factors heritage museums into its budget, even for the smallest towns. “Even when the budget [from the state] is small, as long as you know that there’s a budget, you can work around it,” she told DM168.

Although it’s difficult to run a museum on a shoestring budget, it’s doable. In 2009, Liliesleaf won an international award for running a museum on a small budget, said Wolpe.

Another challenge is that there hasn’t been enough funding to start new heritage museums or even to redesign the existing ones, said visual artist Judy Seidman, a former board member of Freedom Park in Tshwane.

Despite the many challenges heritage museums face, one that seems to be getting it right is Constitutional Hill in Johannesburg.

Constitutional Hill is where political prisoners such as Mahatma Gandhi, Albertina Sisulu and Winnie Madikizela-Mandela were jailed, when it was a prison.

“One of the reasons we’ve been able to stay alive is because we’re government-funded. We get 40% of our budget from government, which is about R22-million annually, and the rest we raise from donors and other projects,” said Dawn Robertson, the CEO of Constitutional Hill.

Besides the money that comes from the government, Constitutional Hill has been able to be innovative and pivot during lockdown by introducing virtual tours. “But they’re not the kind of virtual tours where you look at the exhibitions by yourself. You book a slot and there’s a tour guide with you, you can stop and ask questions about the artwork so it’s really interactive,” said Robertson.

“We’ve also built a state-of-the-art recording studio, which is not just about making music but about gathering stories from older people. We can now record the stories of anti-apartheid activists because, to be honest, they’re getting old and soon they’re going to leave with their stories,” said Robertson.

The coffee shop is also being redesigned to create a lounge area where discussions will be held. The parking lot where Afro-Punk used to be hosted would be landscaped to hold markets and open-air cinemas, said Robertson. All of this is being done to attract different audiences but also because it will offer a varied tourism product. “That’s what makes Constitutional Hill unique,” said Robertson.  DM168