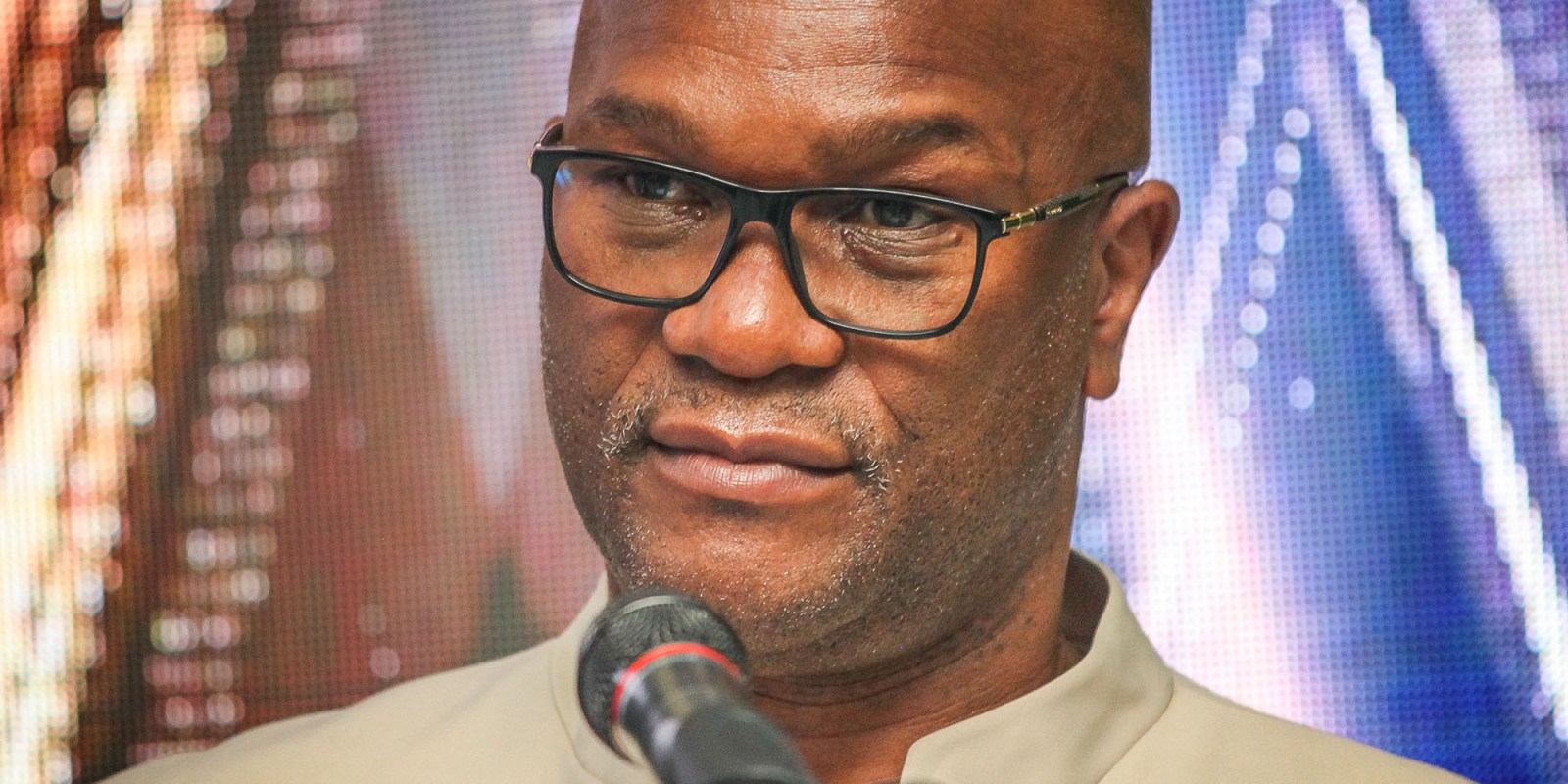 Sports, Arts and Culture Minister Nathi Mthethwa had 'followed and taken note of public discourse that has unfolded in respect of the envisaged Monumental Flag.' (Photo: Gallo Images / Sharon Seretlo)

Sports, Arts and Culture Minister Nathi Mthethwa said on Thursday he had directed his department to review ‘the process’ as criticism mounts.

Amid criticism of the Department of Sports, Arts and Culture’s plans to spend R22-million on a monumental flag, the department released a statement on Thursday morning saying Mthethwa had directed it to review “the process related to the Monumental Flag in its totality”.

Mthethwa had “followed and taken note of public discourse that has unfolded in respect of the envisaged Monumental Flag”.

“The diversity of voices around this important heritage project is a welcome celebration of our country’s vibrant constitutional democracy and the freedoms that must be upheld beyond posterity. It also bodes well for one of the pillars of social cohesion which is an active citizenry,” it added.

The minister received backlash over the flag from many in the arts sector. Media personality and entrepreneur Bonang Matheba tweeted about Mthethwa, “you’re useless and we all hate you”.

Radio and TV presenter Penny Lebyane seemed to be the rare voice defending the R22-million project. In her tweets, she said: “I have not studied the feasibility document on the Flag to cost 22 million so I’m limited there but it doesn’t sound like a lot of money for something that will outlive me.”

Lebyane did not respond to a request for comment on the department’s recent announcement.

In a statement, Beauty Dlulane, chairperson of Parliament’s sports, arts and culture committee, said: “The committee is happy that the department has listened to the public sentiment and thus committed to rethink the concept and the figures involved.”

On Tuesday, when Mthethwa and department officials briefed the committee on the project, he said the flag would be a “constant marker of our break with the colonial and apartheid past”.

It was also part of “memorialising our democracy”.

Vusithemba Ndima, the department’s deputy director-general of heritage promotion and preservation, said the feasibility study was carried out by Delta Built Environment Consultants and they were paid about R1.7-million.

In the department’s 2022/23 annual performance plan, R5-million was budgeted for site-specific geotechnical studies, including an environmental impact assessment, while in 2023/24, R17-million was allocated for the installation of the flag.

Ndima said the flagpole would be 120m and the flag itself would measure 10m by 15m. It would be installed in Freedom Park, Pretoria.

The DA’s Tsepo Mhlongo, who sits on the sports, arts and culture committee, said the party welcomed the decision to review the project.

“This decision is long overdue, but Mthethwa needs to actually stop the project and redirect the money to other projects,” he said.

Mhlongo had suggested in a statement that R22-million could be used to support local sports events or theatre productions, help restore museums that were on the brink of closure, or as a one-time contribution to prize money in various sports.

He said he would be calling on Mthethwa at the next committee meeting to say whether the project would be stopped.

Jack Devnarain, an actor and chairperson of the South African Guild of Actors, said the department’s statement was a “relief”, but that “what remains my concern is whether there was sufficient stakeholder engagement with the arts and heritage sector about this project”.

Minister in the Presidency Mondli Gungubele told News24 that the monumental flag was approved by Cabinet as a project that would “bring South Africans together”.

When Cabinet approved the project, the cost had not yet been determined, he said. DM