SA’s heritage at risk: Museums across the country fac... 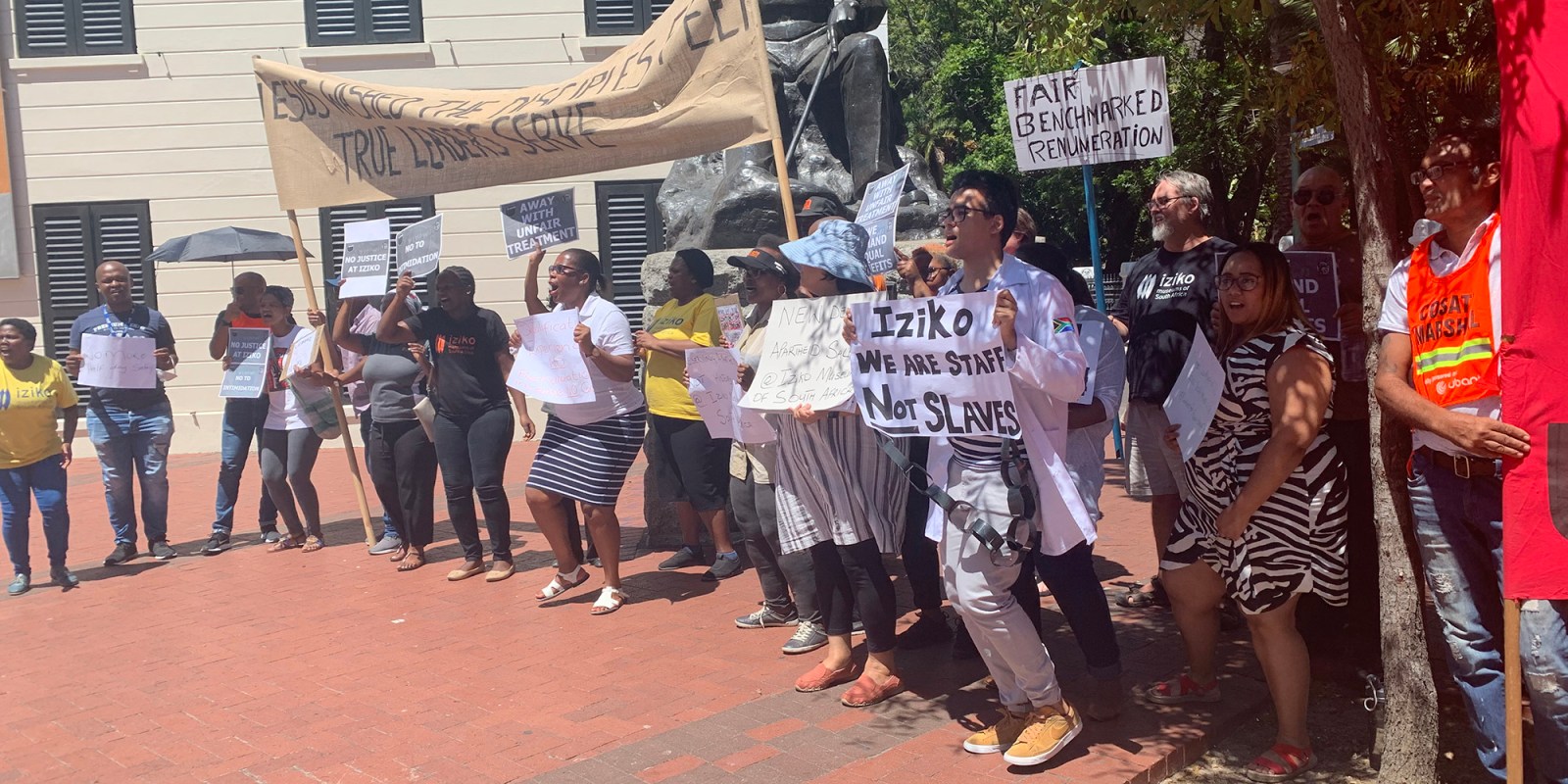 The grievances raised by Iziko Museum of South Africa staff members in Cape Town during a protest action in February 2020 are not unique. Lack of funding, understaffing and tensions between management and employees are prevalent at other heritage museums around the country.

Museums in South Africa are often underfunded, understaffed and pay little, according to Anton van Vollenhoven, a heritage and archaeology expert who runs a cultural heritage company in the North West. These issues have been at the heart of the Iziko Museum of South Africa staff protest, but they aren’t unique to Iziko.

Iziko forms part of the 15 heritage institutions that are overseen by the department of sports, arts and culture, among them are Ditsong Museums of South Africa in Pretoria and the Robben Island Museum.

The former prison island tourist site off Cape Town has been beset by administrative and staffing problems through the years. In the 2018/2019 financial year, Robben Island Museum’s profit was just under R13-million, compared to their 2017 profit, which was just under R23-million.

This decline can be attributed to Robben Island Museum’s inadequate boat capacity, which resulted in a number of tours being cancelled, wrote CEO Mava Dada in the annual report.

According to Robben Island’s Museum 2018/19 annual report, expenditure was R5-million less than budgeted due to a number of key positions being vacant.

Besides national museums, there are provincial museums, and locally run museums, explained Vollenhoven.

Geoff Blundell, the head of human science at the KwaZulu-Natal Museum, said that museums were facing an environment with “constrained funding, but with increasing demands on the staff to curate the nation’s heritage”. There are “orphaned” collections with no curators, a lack of qualified collections staff to manage the objects, and a lack of funding to house items that are important to both the nation’s cultural and natural heritage, according to global standards. Some of the country’s museums have been amalgamated into large bureaucratic entities that are not functional and there are plans afoot to increase this amalgamation, he said.

Blundell said that it was an unusual step for museum workers to resort to protesting about their working conditions. “Generally, they do what they do out of a true passion for the material they study. Thus, for them to strike, there must be grounds for grievance,” said Blundell.

An Iziko staff member said that she often joked with her colleagues that “nobody is just a curator, they’re researchers, they’re fundraisers, they’re administrative workers because they do so much that’s not part of their job description”.

At the Kwa-Zulu-Natal Museum in the 2016/17 financial year, they underspent just below 10% of their budget on training staff due to vacancies.

“Various challenges like the lack of a retention strategy for skilled staff and the general lack of qualified research staff continue to affect research productivity,” wrote the chairperson of the KZN Museum’s council, Fikile Mazibuko. That year, the KZN Museum had 57 employees.

The work demand and the low pay is also what’s frustrating many museum workers. During last month’s protests, Iziko employees demanded a 12% wage increase “across the board”, but management said that they would only be able to offer 5.5% increase because it is “prudent for management not to exceed the government grant, which is the only guaranteed income of Iziko”.

In a letter sent to Nehawu representatives, Iziko’s CEO, Rooksana Omar, said that 97% of the expected government subsidy would be going towards paying salaries.

Wayne Florence, a curator who has been at Iziko for just over 10 years, was unimpressed. “Iziko often says that they use the government subsidy for salaries. The bottom line is that argument would be valid if Iziko was a government institution, but we’re not, we’re a public entity. Our leaders have a responsibility to resource the institution over and above the government subsidy, so you can’t use that as a limiting factor as to why salaries can’t be improved,” Florence told Daily Maverick.

When Iziko management presented their 2018/19 annual report to the committee of sports, arts and culture in 2019,  Omar told the committee that “they had raised R7-million of their own funding but the staff did not get any percentage of what was being raised by the museum”.

On 21 February 2020, Iziko employees had suspended their protest and tried going back to work, but they either were escorted out or refused entry.

Management then sent a document they required staff to sign before being allowed to return to work. The document states that employees “will not partake further in any activities in support of that strike action or any other strike-related activity that flows from the strike”.

Nehawu regional organiser, Molebatsi Tuka, replied to Iziko management and said that “it does not come as a surprise that Iziko [had] responded in the manner that it did”.

However, on 22 February 2020, “Iziko uplifted the lock-out but they said that they won’t be paying employees for the Friday [21 February], which we’ll be taking up with the CCMA,” Tuka told Daily Maverick.

Veronica van Dyk, a DA MP who is a member of the arts and culture committee said that “it seems that a lack of communication and transparency is the problem”.

Van Dyk says she conducted an oversight visit at the National Museum in Bloemfontein in 2018 and said that staff and management issues were more or less the same as Iziko’s issues.

According to Van Dyk, employees at the National Museum were unhappy with the restructuring of the organisation, job evaluation and the salary benchmarking process.

Van Dyk found that the former chief financial officer and acting director, Lebo Matlala, who was meant to “fix the discrepancies in the salaries of staff”, as the previous management had not done so and had also failed to close the wage gaps among staff members.

“The long-standing issue of unequal salaries had affected the staff’s morale and they were also dissatisfied with management’s lack of communication with staff members,” said Van Dyk.

“Proper oversight should be done to investigate the scale of the problem and to determine whether other entities in the department of sports, arts and culture also experience the same issues,” said Van Dyk.

The spokesperson for the department of sports, arts and culture, Asanda Magaqa, had not responded to queries at the time of publication. DM