SA mining output tanks again in May, the latest sign of a contracting economy 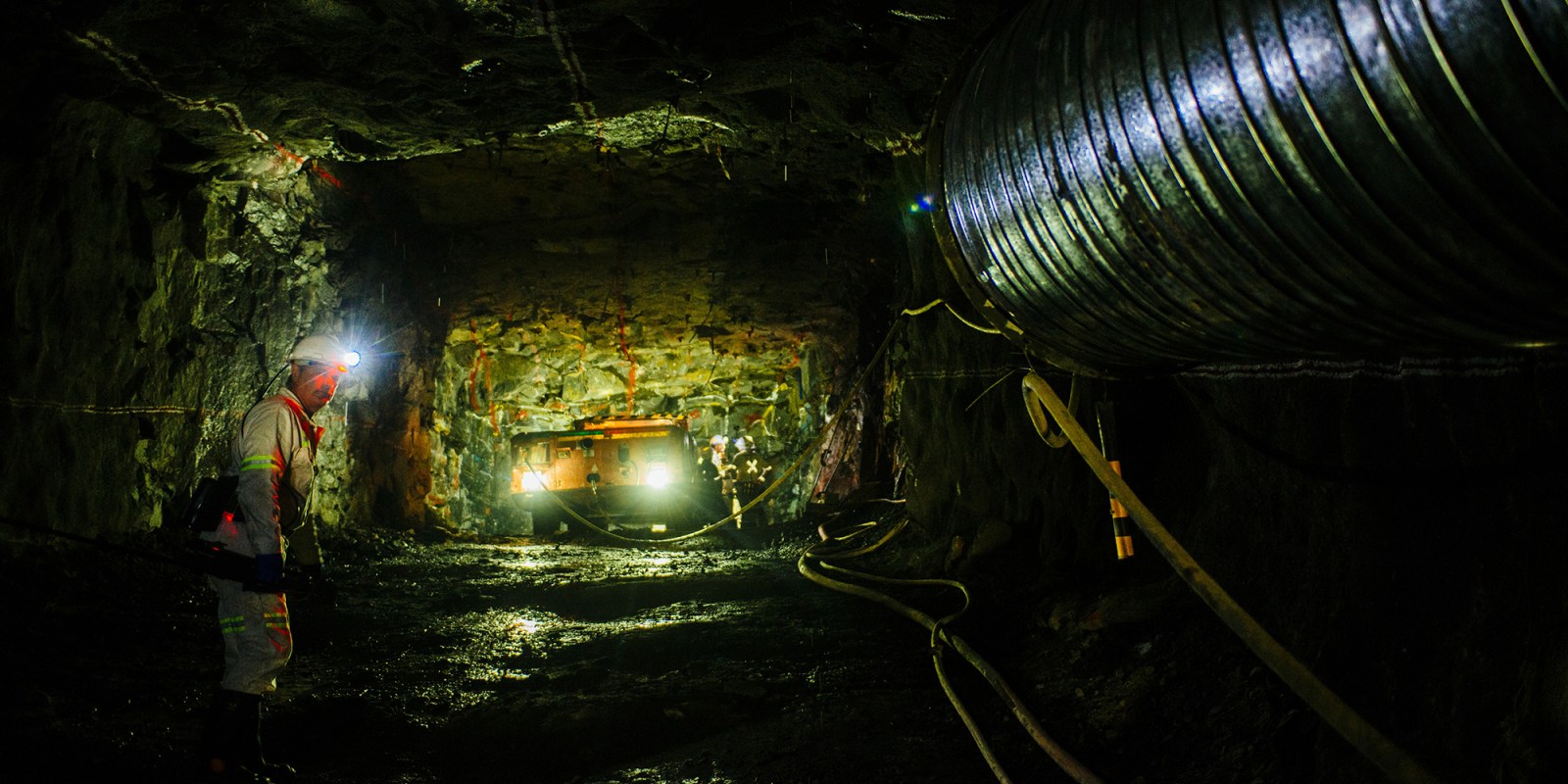 A mining vehicle illuminates a tunnel inside the Northam Platinum Booysendal mine, located outside the town of Lydenburg in Mpumalanga, South Africa, on 23 January 2018. (Photo: Waldo Swiegers / Bloomberg via Getty Images)

Mining production in South Africa declined on an annual basis for the fourth consecutive month in May, Statistics South Africa data showed on Thursday. It is the latest indicator that the economy contracted in the second quarter and is tipping into recession.

Mining production fell 7.8% in the year to May after sliding almost 15% in the year to April. On a monthly basis, there was a 0.7% increase, but that was off a low base after April’s collapse.

Coming in the wake of dismal manufacturing data for the month, and stagnant retail trade sales numbers, it is all adding up to a second-quarter (Q2) contraction in gross domestic product (GDP).

Gold production fell more than 28% year on year in May, largely as a result of the Sibanye-Stillwater strike, which only ended in June. Coal production was down more than 7%, which is probably a reflection of Transnet’s ongoing woes.

Prices for a range of commodities have been cooling in recent months, but remain perky by historical standards. If production was rising robustly, then sales would be absolutely scorching – but this is, sadly, not the case.

There are several reasons for the decline in production. The Sibanye strike was clearly one.

The sector is also facing mounting social unrest and “procurement mafias” that gin up protests, impacting production. Then there is decaying infrastructure – Transnet, Eskom, roads, you name it – and the environment is hardly conducive to productivity.

“After being one of the few disappointments during the better-than-expected Q1 2022 GDP release, mining looks set to be among the laggards again in Q2,” Jee-A van der Linde, an economist at Oxford Economics Africa, said in a note on the data.

“Elevated mineral prices have been a shot in the arm for the South African mining industry, which has struggled to produce meaningful growth over the years.”

The commodities cycle and red-hot prices over the past couple of years translated into record current account and trade surpluses, which, among other things, helped to keep the rand on a relatively firm footing.

That foundation is now floundering and, along with the euro’s slide, is one of the reasons the rand this week hit two-year lows above 17 to the dollar.

And with Stage 6 load shedding being triggered near the end of June, the economy this quarter has got off to a rocky start.

After surprising on the upside with growth of 1.9% on a quarterly basis in Q1, South Africa’s economy may well now be in the throes of a recession.

Poverty, unemployment and inequality – already at shocking levels – are almost certainly on the rise as a result. DM/BM