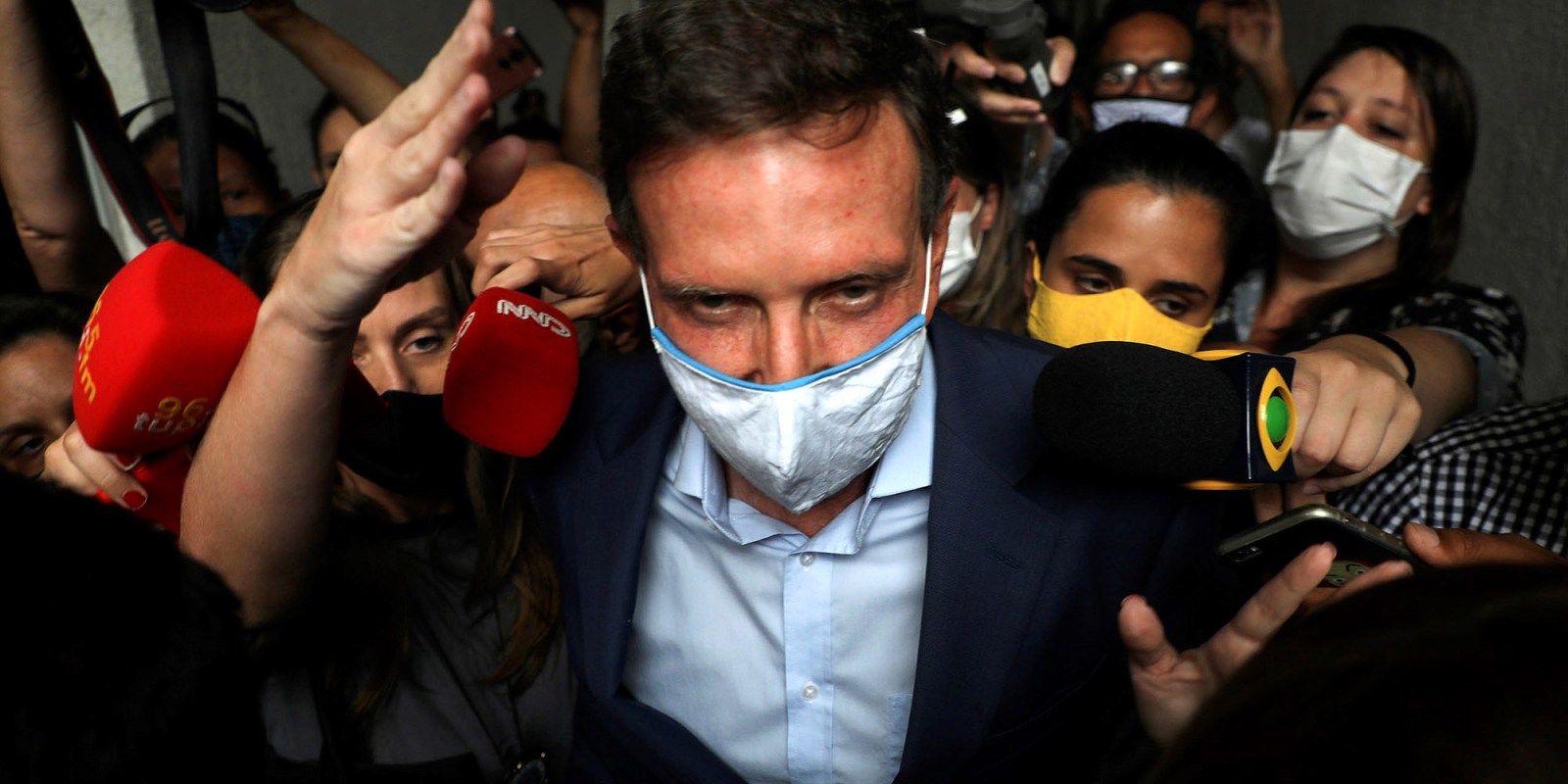 Controversial Bishop Marcelo Crivella, an evangelical pastor, gospel singer and former mayor of Rio de Janeiro, will apparently not become Brazil’s next ambassador to South Africa as he and Brazilian President Jair Bolsonaro had originally hoped.

Diplomats have told Daily Maverick that Pretoria refused to grant “agrément”, or official approval, for Crivella to get the job. It is rare for a country to decline agrément, so that seems a measure of how much the South African government disapproved of Bolsonaro’s original choice.

Other diplomats said Bolsonaro may have changed his mind for different reasons. Brasilia is expected to announce a different ambassador soon.

Crivella’s critics suspected that he only wanted the Pretoria job to advance the interests of the Universal Church of the Kingdom of God (UCKG). Run by Crivella’s uncle, Bishop Edir Macedo, the Pentecostal church has a large but troubled presence in southern Africa.

And these critics said in turn that the right-wing populist Bolsonaro only wanted to give him the job to help shore up the political support of the UCKG and Crivella’s Republican Party, especially as he is facing a tough re-election bid on 2 October.

The latest opinion polls show former president Luiz Inácio Lula da Silva winning between 43% and 46% of the vote in the first round of the presidential election, against Bolsonaro’s 31% to 32.7%, with other candidates trailing in single figures.

Lula, of the Workers’ Party, was Brazil’s president from 2003 to 2010 but was convicted on corruption charges and imprisoned in 2018, which knocked him out of the presidential race against Bolsonaro that year. Last year, a judge annulled his conviction on the grounds that he had been tried in the wrong jurisdiction and ordered that he should be retried in the right jurisdiction. This has not yet happened and is unlikely to happen before the elections.

Brazil’s generally highly professional diplomatic corps was believed to be horrified by the likely appointment of Crivella, whom they feared would be bad for Brazil’s interests. He would have replaced seasoned career diplomat Sérgio Danese, a former ambassador to Argentina, who had only been in the post for a few months when the news emerged from Brasilia that Bolsonaro wanted to put Crivella in the job. Danese evidently chose not to wait around to see what would happen. He was appointed ambassador to Peru late last year, leaving the ambassadorship vacant.

Crivella, a senator and former fisheries minister, was arrested in December 2020, days before leaving the mayoral office in Rio de Janeiro, after being trounced in elections. He was accused of running “a well-structured and complex criminal organisation”. Crivella denied the charges, calling them “political persecution”.

It is possible this criminal case may have influenced Pretoria’s apparent decision to refuse Crivella agrément. However, the Department of International Relations and Cooperation had not responded to a request to confirm that South Africa had refused agrément.

The agrément protocol, in which a country seeks private approval for a possible ambassador before publicly announcing the name, allows the country to save face if its candidate is rejected, as it can plausibly deny that he or she was ever considered anyway.

The UCKG is headquartered in São Paulo and has many temples and millions of followers worldwide, including many in South Africa and in several other African countries.

One diplomat told Daily Maverick that the basic business principle of the UCKG was “to persuade gullible poor people to hand over their money to buy a place in heaven”.

The church has run into problems in some African countries because of its financial affairs and some of its religious practices that have been deemed “unChristian”, “unAfrican” or even “Satanic” — in part because of its exorcism rituals.

In 2020, the Angolan government of João Lourenço ordered the closure of several temples belonging to the church, accusing it of corruption, tax fraud and the illegal export of money.

In 2019, about 300 Angolan UCKG bishops were reported to have broken away from the Brazilian leadership, accusing it of mismanagement and not being African enough.

Diplomatic sources said last year they believed Crivella wanted the Pretoria post to enable him to sort out the mess in the Angolan branch of the church and, more generally, to grow its business there and in other southern African countries, particularly Mozambique.

Brazilian journalist and analyst Cláudia Silva agreed, saying: “Crivella will only defend the interests of the Universal Church in South Africa and try to solve the situation in Angola, where church members have been expelled from the country.” DM