Falls in love: lesser-known treasures on the banks of t... 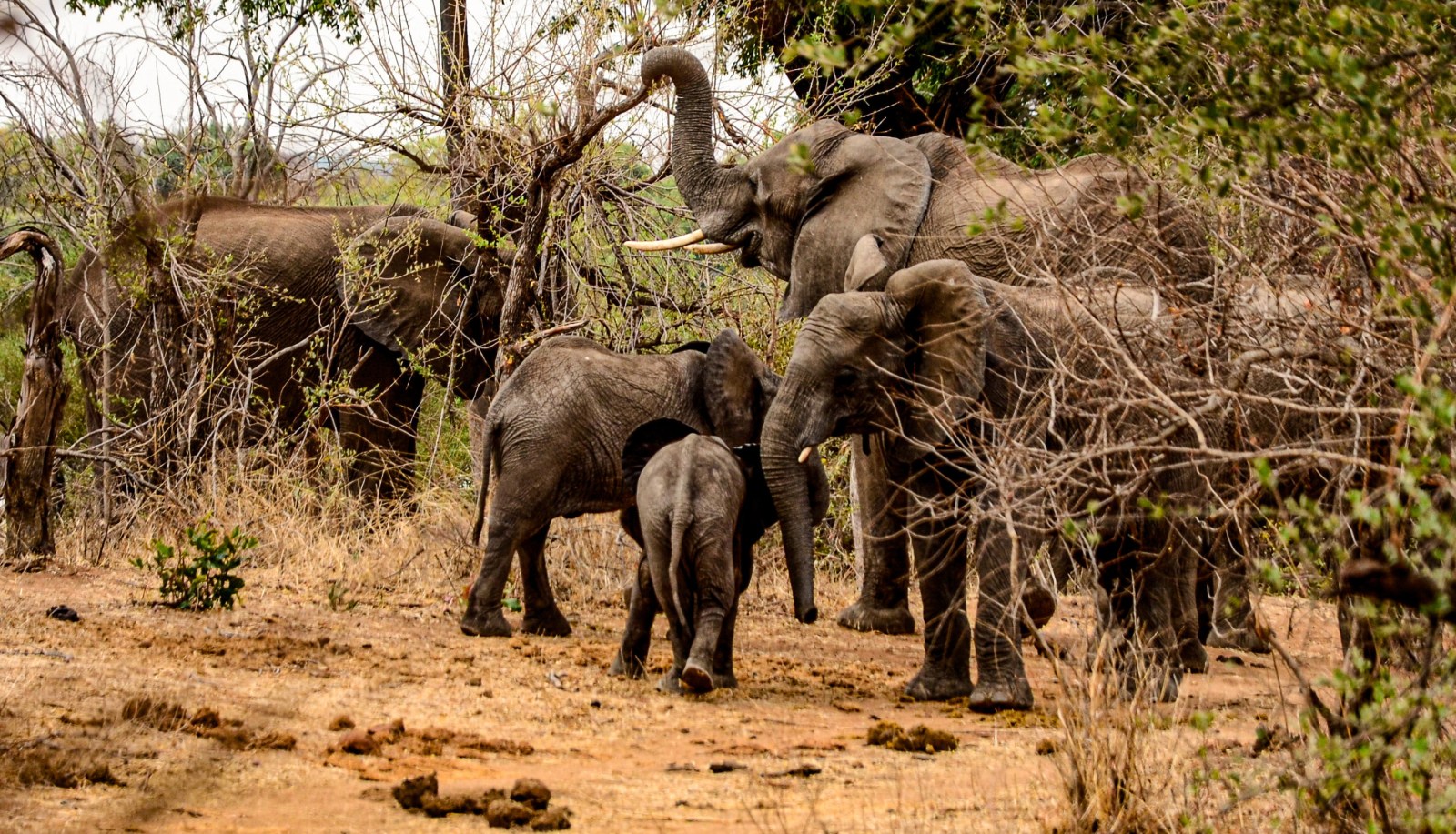 An elephant herd in the Zambezi National Park, about 50m from the Zambezi River. Just one significant species of many in this park. (Photo: Angus Begg)

An intimate camping adventure gets you among lions, buffaloes and elephants without luxury prices.

‘On my last walking safari in the Zambezi National Park we tracked lions for about three hours in the morning,” says Zimbabwean safari guide Lewis Mangaba. “When we caught up with them they were hunting a herd of buffalo. We watched them organising themselves into the hunt.”

Lewis is a veteran, working as a guide mostly in Tanzania and Zimbabwe.

Of all the places I visited in 2021, the north-Matabeleland destinations of Victoria Falls and Hwange National Park were easily the most compelling. Although the way the tourism-dependent Victoria Falls came together and coped with Covid-19 had initially captured my focus, in my travel experiences along the Zambezi River I found destinations and characters worth writing about.

The Zambezi National Park, the main gate of which is 15km from the town of Victoria Falls, is one of those.

Camping by the Zambezi

I had little idea that an independent traveller could camp along the Zimbabwean side of the Zambezi without having to book into a lodge. It was safari and river guide Clint Robertson, an industry colleague and friend of Lewis, who let me know about that.

As part of a local initiative to tell the world that tourism in the region around the Falls is alive and doing its best to be well, some colleagues and I were staying for a night near the Natal mahogany tree where he and his wife Kelly had got married a few years before. “Picnic site number 10,” says Kelly. This is one of the places the Robertsons take guests on their Umdingi mobile safaris.

“This was our favourite spot to camp on the river,” says Clint, toes in the Zambezi, explaining how we came to have our tents pitched here, a 90-minute game drive from town. Kelly, from the US, is telling her side of their early romantic encounters to guests sitting in camp chairs on the river bank.

This is after she has shown us around our tents and explained the portable toilets and shower, the latter being filled with boiling water at guests’ request.

While Clint speaks, a hooded vulture is perched on the protruding branch of a dead leadwood on the other side of a donga, neck craning downwards. Behind him, an African wood hoopoe and a few little bee-eaters are competing for the best spot on a branch on the bank, to the backing track of a Cape turtle dove.

Read in Daily Maverick: “United in soul food and a jol at the end of Cheerio Road, a humble market is a celebration of diversity”

It’s fair to ask why I was so enthused by this little spot on the Zambezi. For one, with my private guiding hat on, I’m thinking of self-drivers, and those regional travellers who fly into Vic Falls. Though parts of Hwange National Park are magnificent, not everyone has the three hours to drive to the northern gate, especially if visiting from Joburg, the Kruger or Cape Town for the weekend. This makes the lesser-known Zambezi National Park, offering serious wildlife and a number of basic picnic sites – like number 10 – a local treasure. And popular at weekends.

Big herds of elephant along the Zambezi are a given, with the sight of them swimming to and from Zambia almost iconic. Lewis recently wrote to me that buffalo herds are also on the rise, which he says has attracted lion prides to set up home here.

“Last month there were sightings of leopards with cubs near Old Drift Lodge. Caracal and aardvarks have been sighted too,” he wrote. Old Drift is not far from picnic site number 10.

Kelly confirms that the number of lodges seems to be growing, with “large foreign companies taking [some of] those sites [for lodges], leaving less for local tourists to go camping and enjoy.”

If there is a silver lining to an influx of permanent lodges for Kelly and Clint and the support staff they employ, it is that their Umdingi Safaris mobile camping provides a worthwhile and relatively cost-effective alternative as they move their comfortable camping set-up between different sleepover locations on one of Africa’s great rivers.

It is also a happy alternative. The sounds of the bush are close, with nightjars, crickets, hyena, jackal, the occasional hoot of an owl, and the sawing sound of the leopard – if you’re lucky – accompanying the liquid, nocturnal coursing of the river on the other side of the canvas. And of course, good food never hurt anyone.

The Robertsons brought in pop-up chef Lynn Zimba, who works with Safari Butler in Vic Falls, to feed us dinner and breakfast under the Natal mahogany. Kelly and Clint say they “love working with Lynn”; she says the feeling is mutual.

The family of guides operating out of Vic Falls is a close one, the bond perhaps enhanced, beyond the shared love of their country, by the rigorous Zimbabwean guiding qualifications.

Clint is a relative youngster, in his thirties, compared with Lewis the veteran – who also  guides in Tanzania – yet word among the fraternity is that Clint, good with big game though his niche is river guiding and birding, has earned his respect.

Kelly, meanwhile, has found her own niche, socially and professionally.

“This place is paradise. Braais with guests, family and friends in the park are fabulous. I just love the elephants interacting along the river, and taking a dip, and those animal paths to the rivers.”

She says she did not pursue her veterinary career – her father is a vet back home in the States – because “Covid happened and I fell in love”.

She recently resigned from her job doing elephant research in Hwange because their camping operation is growing so fast.

Angus Begg is a private guide and photographer when not writing for Daily ­Maverick.

Travellers can book through tour operators and travel agents based in Victoria Falls. Self-drive tourists can drive directly to the park gate, where they pay on entry.