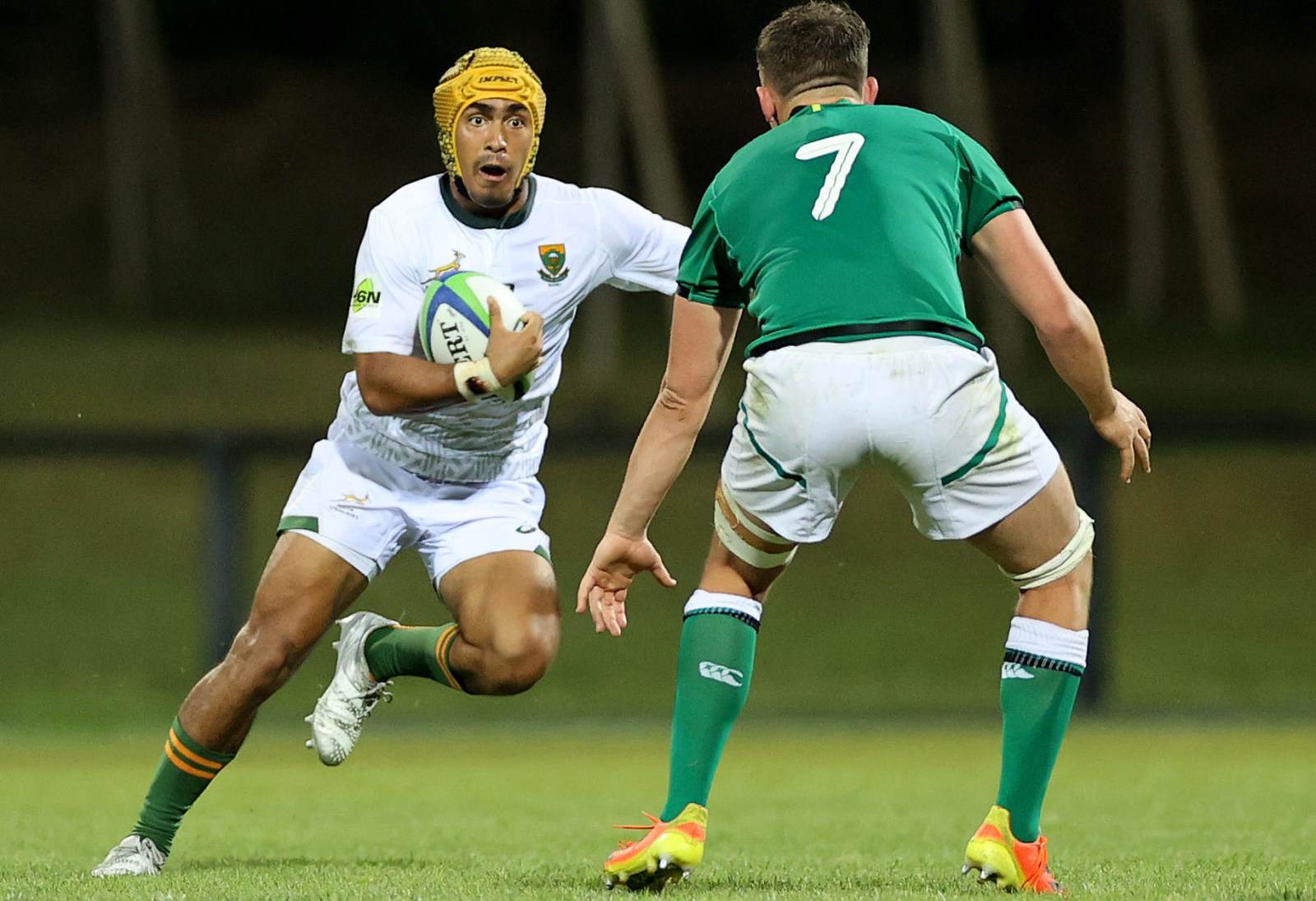 The Junior Springboks face France in their final pool match of the Six Nations Summers Series in Italy. One point from the match will ensure top place in Pool A.

South Africa pair Reinhardt Ludwig and Ethan James have warned that a second-half drop-off against France could cost them their place in the Under-20 Six Nations Summer Series showpiece.

Having led 26-3 at half-time, Bafana Nhleko’s side were outscored by three tries to one in the second period against Ireland in round two, and want to avoid a similar second-half slip when they play France on Tuesday (5pm South African time).

Going into the final group-stage fixtures, South Africa sit top of Pool A but could drop as low as third if they lose to France and England beat Ireland in the day’s second contest.

“You can’t complain too much if you win two games, but the desire is there to always improve,” said lock Ludwig.

“We slipped up a bit in the second half (against Ireland), but that has made us hungry and we’ve put in some good prep work for the French game,” he added.

France would overtake South Africa at the top of the table with a bonus-point win and a margin of victory of eight points or more.

Les Bleuets stuttered last time out against England, but having watched France put Ireland to the sword in round one, Ludwig is braced for a fiercely competitive battle.

“They’ve won the under-20 Six Nations and under-20 World Championship in previous years and we are expecting a tough, physical match,” he said.

“They have a good, skilful side and are coached well, so they will pose a massive threat.”

The Bulls lock will share his vice-captain duties with centre James, who is among eight survivors from the team that beat Ireland.

The midfielder, whose dazzling feet have caught the eye in the opening rounds, believes the Junior Boks are yet to deliver a complete performance.

“We’re pleased with the wins in the first two games but I feel like we faded away in the second half against Ireland, and we didn’t have a good start against England,” said James.

“It’s about reaching our full potential as a team and focusing on the job that has to be done. The preparation has been good so far. We’ve been focusing on the smaller details in our system and just making sure we are ready for the match.”

Like Ludwig, James is preparing for a third consecutive tournament start, and he says he has relished the opportunity to test himself against the northern hemisphere’s best.

“It’s a very amazing opportunity for all the boys,” said James. “I really love Italy and Verona as a city, too.”

“From the rugby side of things, it’s been great to test ourselves against the Six Nations sides.”

After their tie with France, South Africa will play one more fixture before flying home.

Their cross-pool playoff opponents will be revealed after the final round-three fixture on Wednesday evening and that game will take place in Treviso on 12 July. DM