Ex-spy boss Richard Mdluli gets parole: now for the slu... 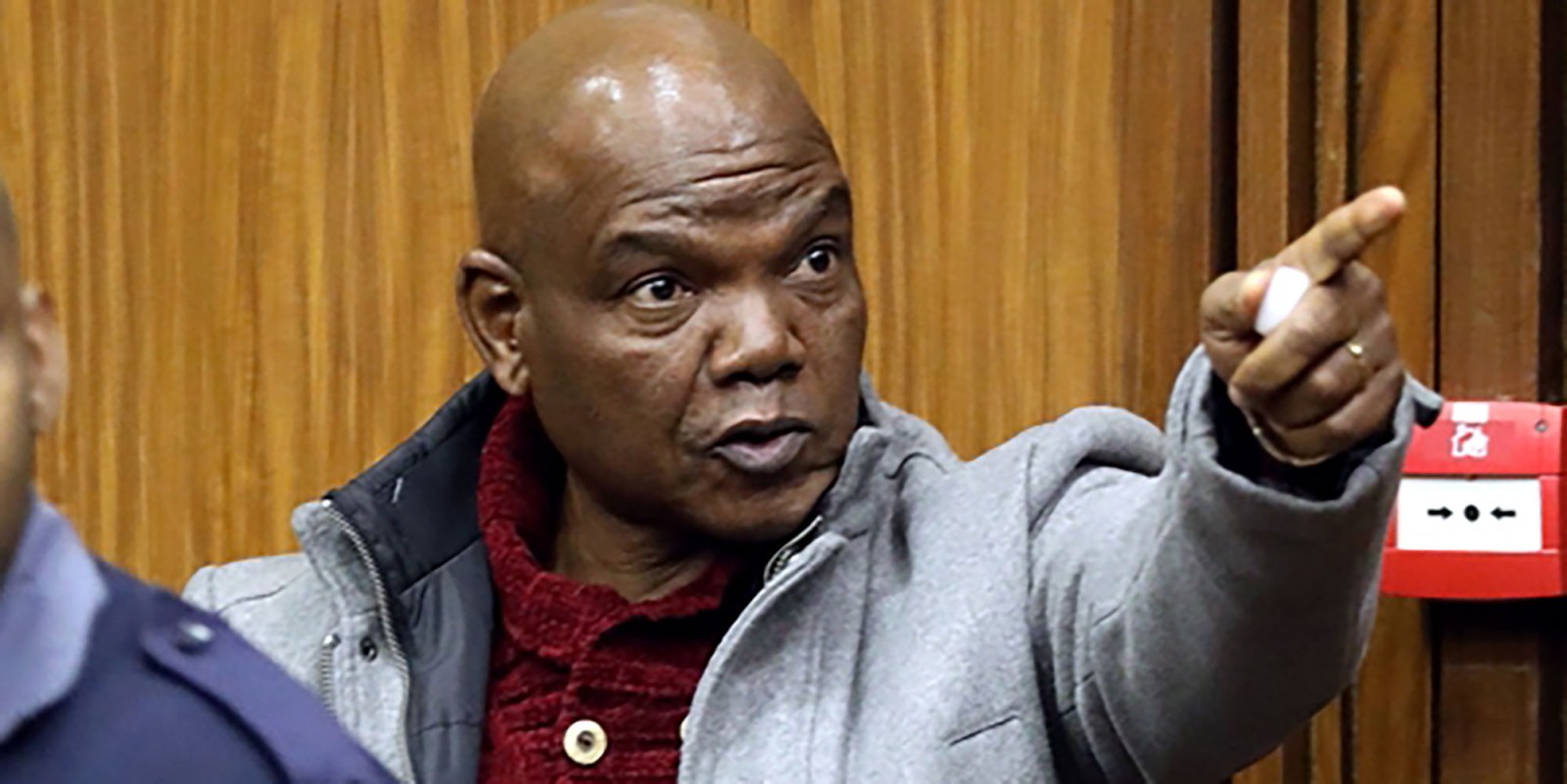 Former Crime Intelligence boss Richard Mdluli reacts as he tells a photographer not to take his photographs at Johannesburg High Court during a judgement on his kidnapping case. (Photo: Gallo Images / Sandile Ndlovu)

Former Crime Intelligence boss Richard Mdluli has been released on parole after serving a third of his sentence for kidnapping, assault and intimidation. This out-of-jail card paves the way for Mdluli to focus on his present case relating to the gross abuse of police intelligence slush funds.

Mdluli and his co-accused, Mthembeni Mthunzi, were sentenced to five years in prison in September 2020 for kidnapping, assault and assault with intent to cause grievous bodily harm, which occurred while Mdluli was commander of the Vosloorus police station in 1998.

An earlier application for leave to appeal against the sentence was denied. While the Ghost of Mdluli Past, as the once-powerful head of Crime Intelligence, lingered at the Zondo Commission on Tuesday, 28 July 2020, the then 64-year-old retired former spy boss had appealed to Judge Ratha Mokgoatlheng not to sentence him to jail for fear he would contract the coronavirus.

Mdluli, who continued to receive his salary and benefits while on suspension between 2011 and 2018, was convicted with former colleague Mthunzi in July 2019.

On Tuesday, Nxumalo said Mdluli qualified to be considered for parole placement after serving a third of his sentence, since he falls under the Phaahla judgment regime (crimes committed before 1 October 2004). He reiterated that it is critical to highlight that the crimes Mdluli was found guilty of were committed on 23 October 1998.

“The minimum detention period for Mdluli was on 28 May 2022, but he could not be considered for parole placement at the time due to pending court cases. Subsequently, he was given bail of R10,000 (paid in full on 28 June 2022) thus paving the way for his parole consideration process to proceed.

“This decision was taken by the Correctional Supervision and Parole Board, having assessed Mdluli’s profile and other material submitted for the purposes of parole consideration,” Nxumalo explained in a statement.

Mdluli will complete the remainder of the sentence in the system of community corrections, whereby he is expected to comply with a set of conditions and will be subjected to supervision until his sentence expires.

On to the graft case

Attention will shift to the matter in which Mdluli and co-accused Heine Barnard (former Crime Intelligence supply chain manager) and Solomon Lazarus (former chief financial officer at the State Security Agency)  face 15 charges of fraud, corruption and contravening the Prevention and Combating of Corrupt Activities Act. The alleged crimes were committed between 2008 and 2012.

The charges relate to the gross abuse of a police intelligence slush fund. Other allegations involve money for private trips to Singapore and China, the leasing of Mdluli’s private residence to the state to pay his bond and the personal use of witness protection property.

A report in Daily Maverick describes the indictment against Mdluli as indicating “it was a friends-and-family affair down at his division, filled with travel, luxury homes, cars and clothes – all at the taxpayers’ expense”.

A stumbling block in getting the matter to trial was the issue surrounding the South African Police Service (SAPS) decision not to pay Mdluli’s bill. The State has also tried unsuccessfully for more than a decade to get the matter to trial. This case was first registered in 2011.

This resulted in the Gauteng High Court hearing an application brought by the Investigative Directorate (ID) against Mdluli over unreasonable delays.

The section 342A application lodged by the State emanated from unreasonable delays relating to Mdluli bringing a review application against his former employer, the SAPS, which declined to pay his legal fees.

On 22 February, Mdluli’s attorney, Ike Motloung, informed the court that he had instructions to take the police’s decision not to pay Mdluli’s legal fees on review, and the State indicated it would bring an application in terms of section 342A of the Criminal Procedure Act.

However, on 11 April, when the State made inquiries with the head of litigation and administration at the SAPS, it was informed that Mdluli had not filed a review application.

After hearing arguments from the State and the defence, Judge Mokhine Mosopa threw a spanner in the works and ruled that the case be postponed to 20 September for pre-trial. Mdluli was ordered to file any applications before this date.

The pre-trial conference for the State and defence to sort out documentation will be held on 20 September 2022, when a trial date will be set. DM