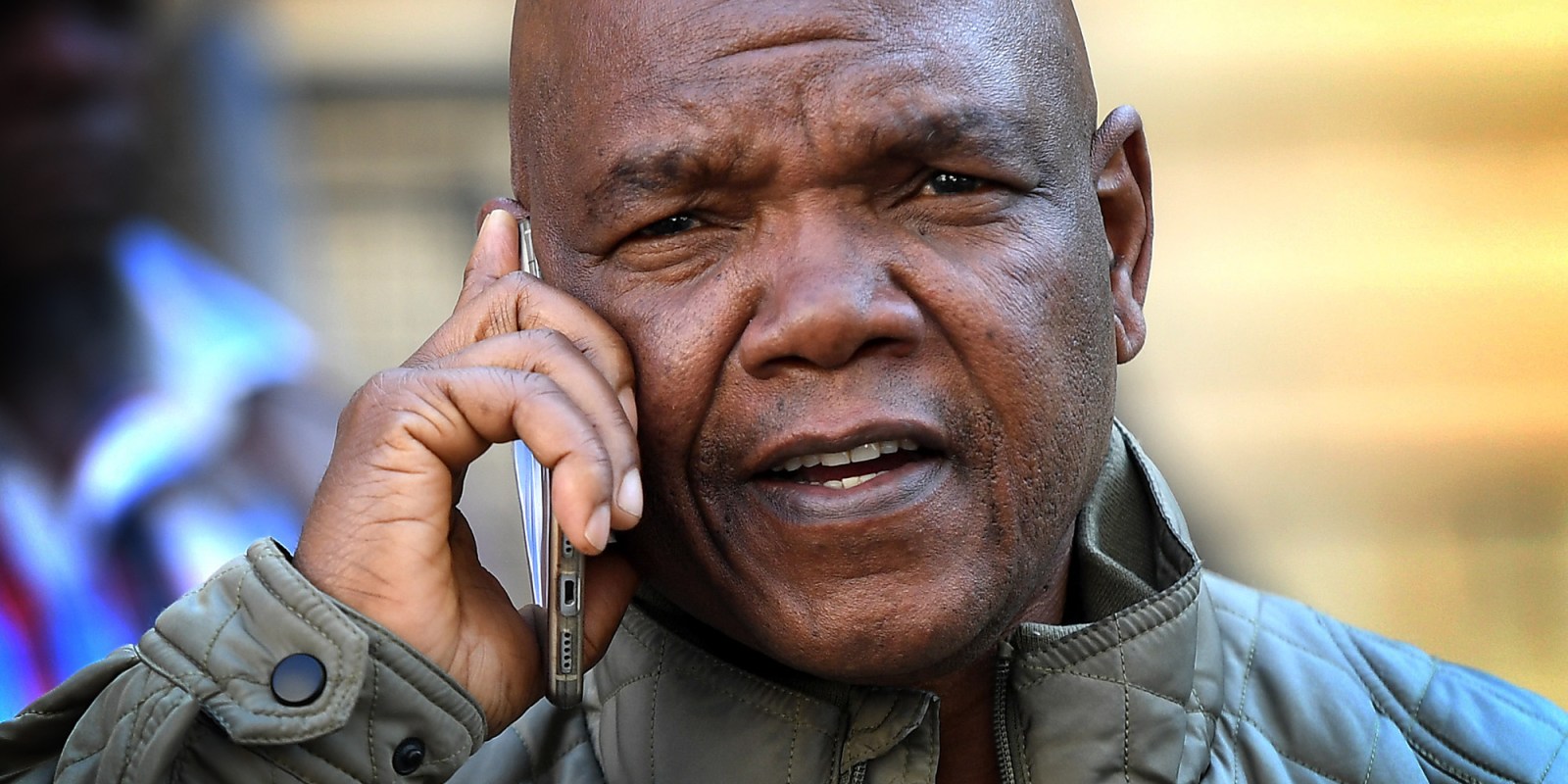 The South African Police Service has already declined to pay for former Crime Intelligence boss Richard Mdluli’s lawyers in his fraud and corruption trial. Now Mdluli wants a court to review this decision. The State is having none of it.

The trio face 15 charges of fraud, corruption and contravening the Prevention and Combating of Corrupt Activities Act. The alleged crimes were committed between 2008 and 2012.

The charges relate to the gross abuse of a police intelligence slush fund. Other allegations against the accused involve money for private trips to Singapore and China, the leasing of Mdluli’s private residence to the state to pay his bond and the personal use of witness protection property.

A report in Daily Maverick describes the indictment against Mdluli as indicating “it was a friends-and-family affair down at his division, filled with travel, luxury homes, cars and clothes — all at the taxpayers’ expense”.

Details of the China trip are outlined in the indictment and summary of facts: “On 30 October 2009, Mdluli applied for annual leave for the period 9 to 13 November 2009. His leave was approved by the Deputy National Commissioner on 4 November 2009. On 3 November, Lazarus, in the presence of Barnard, gave instructions to DG Naidoo to secure R50,000 in advance from the SSA to be used for the purchase of an airline ticket for Mdluli.

“A further R50,000 in cash was provided for the purchase of an airline ticket for Mdluli’s wife at the time, Agent SA 78.”

Papers show that two business class air tickets in the names of Mdluli and Agent SA 78 from Johannesburg to Nanjing (China) via Hong Kong, as well as a Gold 1-8 day family day policy, were purportedly purchased for R86,152 from Menlyn Park Flight Centre.

The word “Agent” is frequently used in the papers and the state alleges that:

Mdluli’s review application is based on the premise that the alleged crimes he is charged with were committed while he was employed by the SAPS.

In January this year, Investigating Directorate spokesperson Sindisiwe Seboka said SAPS had declined to pay the legal fees of Mdluli and his co-accused. Following this, Mdluli notified the court of his intention to take the SAPS decision on review.

On Wednesday, the State was ready to proceed. However, the matter was again postponed due to the latest application brought by Mdluli.

Seboka said: “As the State, we would like this matter to proceed with the necessary speed. However, there was yet another delay when Mdluli, on the last occasion, told the court that he intends to bring a review application to his former employer SAPS after he was denied legal funding.

Section 324A of the Criminal Procedure Acts reads: “A court before which criminal proceedings are pending shall investigate any delay in the completion of proceedings which appears to the court to unreasonable and which could cause substantial prejudice to the prosecution, the accused or his or her legal adviser, the State or a witness.”

This is not Mdluli’s first brush with the law.

In September 2020, the Johannesburg High Court sentenced the former Crime Intelligence boss and his co-accused Mthembeni Mthunzi to five years in prison on kidnapping and assault charges. He applied for leave to appeal against the sentence but his application was denied.

Mdluli and his co-accused in the current matter are back in court on 11 May. DM