Growing chorus of voices call for urgent rollout of ren... 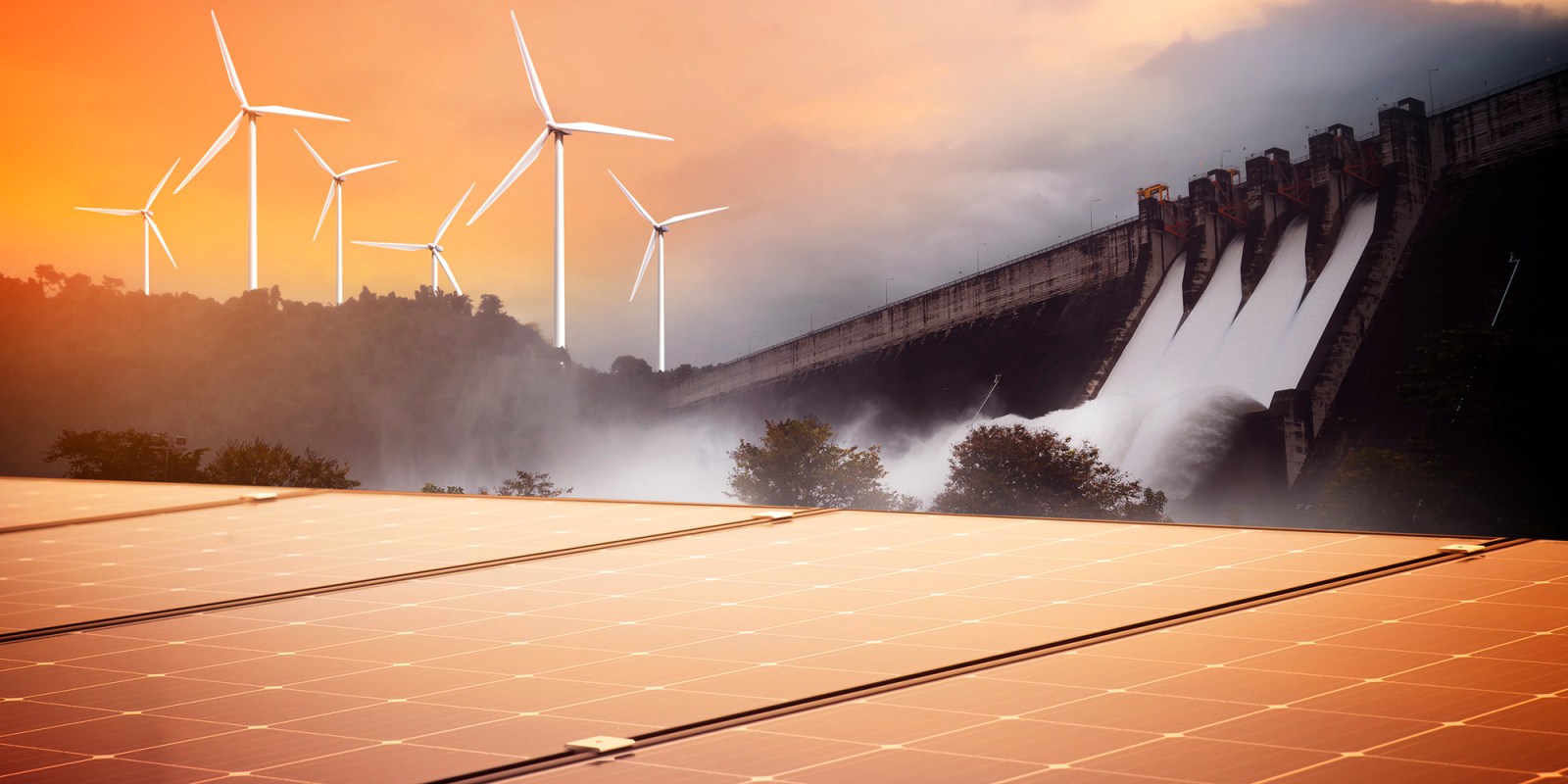 After confirmation by Minister of Public Enterprises Pravin Gordhan that Eskom has used 27 times the volume of diesel in the first five months of 2022 than in the entire 2016/2017 financial year, the demand for an accelerated roll-out of renewable energy is growing louder.

A growing chorus of voices is calling for the development of renewable energy capacity in South Africa to be accelerated urgently.

This is after Minister of Public Enterprises Pravin Gordhan confirmed that Eskom has used 27 times the volume of diesel in the first five months of 2022 than it did in the entire 2016/2017 financial year — at the height of State Capture.

In the first five months of 2022, Eskom has burnt through more than 571 million litres of diesel at a cost of R6.4-billion.

At a briefing by Eskom executives on Friday, Eskom CEO Andre de Ruyter said the increased expenditure on diesel this year was due in part to the utility having to use more of the fuel to reduce the need for load shedding, as well as rocketing global crude prices.

Brett Herron, secretary-general of the Good party, shared his thoughts on the reasons for the lamentable power situation in South Africa.

“A number of factors converge to create the crisis we are in and the unacceptable slow pace to introduce more renewable energy into our national power supply. These factors start with the split responsibility for the supply of electricity to our nation, between the Ministry of Mineral Resources and Energy and Ministry of Public Enterprises.

“This split responsibility enables the two departments to point fingers at each other while we all sit in darkness,” said Herron.

“If the Minister of Mineral Resources and Energy does not lead the transition, allowing it to happen through coal-powered station failures and the absorption of more rapidly available alternative energy sources, then the transition will definitely not be just.”

Asked about his thoughts on why Eskom’s performance has not improved since the State Capture era, Herron said: “The data shows that during the time when Eskom was captured and being stripped of its assets and money, we burnt less diesel and had zero load shedding hours.

“Clearly there is a lack of skills to maintain our ageing fleet and we must go and get those skills wherever they are available to us.”

Herron said that “… the quickest way to generate additional capacity is using renewable energy technologies. Vietnam added a one billion kWh solar energy farm to their grid in five months — one billion kWh is 1,000GWh — about half our power shed last year”.

Read in Daily Maverick: On the job with one of the unsung heroes trying to alleviate SA’s power crisis

Our Burning Planet previously reported that a recent report released by Meridian Economics found that most of the power cuts in 2021 could have been avoided if the grid had an additional 5,000MW or 5GW of wind and solar generation capacity.

Moreover, the additional wind and solar capacity would have reduced the amount of diesel burnt in the open cycle gas turbine (OCGT) “peakers” by more than 70%, simply by generating power at the time that these were running, the authors of the report stated.

Meridian’s report says “more optimal use of Eskom’s pumped storage assets, enabled by the additional energy on the system, could have created further diesel savings — exceeding 80% in all”.

Read in Daily Maverick: An effective roll-out of renewable energy could have prevented 2021 load shedding and saved billions – report

It was recently reported that Eskom’s expenditure on these OCGTs amounted to R6.4-billion for the year ended March 2022, while in the previous financial year, this figure was R4.1-billion.

News24 reported that, given the current global situation and rise in oil prices, Eskom expects spending on diesel to exceed R15-billion in the current financial year.

Chris Yelland, energy analyst and managing director at EE Business Intelligence, in a paper titled the Motivation for an overriding national priority project to end loadshedding, proposes a similar route to be taken — with urgency — to end South Africa’s power woes.

In the paper, Yelland says failure to urgently attend to the load shedding crisis “could turn this national emergency into a national disaster — in the worst-case scenario: a partial or a national blackout with all its consequences, including social unrest”.

He offers solutions, specifically bringing stakeholders together to connect an additional 10,000MW of new wind and solar power generation capacity and 5,000MW of new battery storage capacity to the grid in two years.

Eskom has eight stages or schedules — based on the level of risk — for implementing load shedding. Each stage allows for an additional 1,000MW of the national load to be shed. De Ruyter has previously said that the utility has a shortfall in generation capacity of between 4,000 and 6,000MW.

This, in addition to Eskom’s plans to decommission 8,000 to 12,000MW of coal-fired power generation by 2030 in line with global climate imperatives — and the impact of failing, aged power stations — underscores the urgency and necessity of adding new, cleaner power generation capacity.

Alex Lenferna, Climate Justice Campaigner at 350Africa.org shared Yellen’s sentiments. He told OBP that: “… we need to rapidly bring on new energy supply and that the fastest way to do so is through renewable energy and storage. In order to allow that to happen, we need the Department of Mineral Resources and Energy to basically create the right policy infrastructure to speed things up.”

Lenferna said renewable energy “can and should play a central role” in ending South Africa’s energy crisis and dependence on expensive and polluting fossil fuels.

In a study conducted by the University of Oxford’s Environment Change Institute published in April, South Africa and Egypt were identified as the most favourable African countries for renewable energy development and investments.

Among the findings of the study, based on an analysis of the African continent, was that South Africa “offers favourable conditions for wind installations due to high wind speeds (12m/s at 100m height), high fossil fuel electricity reliance (213 billion kWh), good political stability, and adequate techno-economic factors.”

Dr Doorga Jay Rovisham Singh, a lecturer at Université des Mascareignes and lead author of the study, answered some of Our Burning Planet’s questions.

“SA has one of the best solar and wind potentials of the entire African continent. So, besides the environmental context, there is huge economic viability in exploiting renewable energy in hotspots. So much, that they are even cheaper than constructing new coal power plants,” he said.

“Also, there is a good supply chain and institutional framework to support RE [renewable energy] projects as several projects have been recently implemented. This makes a strong case for the country to transit to RE.”

In reference to load shedding, Singh said “the outages are indeed an issue in SA, but this is mainly due to ageing coal power plants. So the country needs to diversify its energy mix to accommodate more renewable energy, which would guarantee stability.” DM/OBP