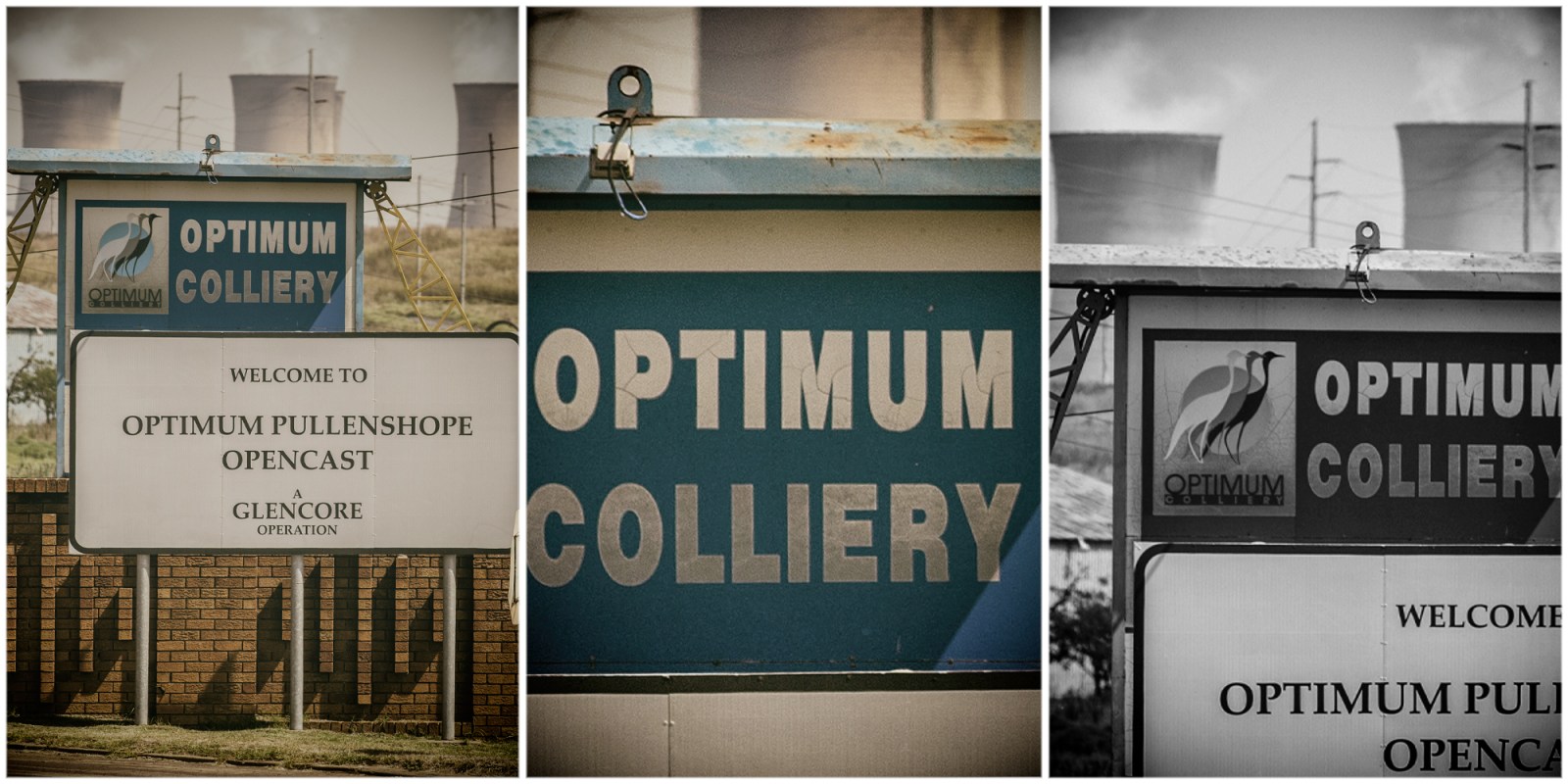 The entrance to the Optimum Colliery. (Photo: Waldo Swiegers / Bloomberg via Getty Images)

The NPA lodged an application on Friday seeking a preservation order for the attachment of all of Tegeta's shares in Optimum Coal Mine (OCM) and Optimum Coal Terminal (OCT).

After the Pretoria High Court decision on 23 March to grant a preservation order for the attachment of all of Tegeta’s shares in Optimum Coal Mine (OCM) and Optimum Coal Terminal (OCT) and the recommendations laid out in the State Capture commission’s reports, the National Prosecuting Authority (NPA) lodged a forfeiture application with the court on Friday, 1 July, with a value of roughly R3.4-billion.

Advocate Ouma Rabaji-Rasethaba, the NPA’s deputy national director of public prosecutions and head of the Asset Forfeiture Unit, deposed to the founding affidavit.

Rabaji-Rasethaba said evidence submitted to the State Capture commission presented an “overwhelming case for the conclusion that the Guptas and Mr Salim Essa, who were the controlling minds of Tegeta” had conspired with government officials and Eskom representatives “to perpetrate acts of fraud and other crimes in order to buy the Optimum Coal Mine”.

The acquisition of the mine “was, therefore, itself, a crime”.

Senior counsel Matthew Chaskalson, appearing before the Gauteng High Court in early March, laid out how Optimum was used as an “industrial-strength money-laundering machine”.

The application, Chaskalson said, is “a story of how the Gupta family and their associates and Regiments looted Transnet and Eskom and stole from Transnet pensioners… to purchase the Optimum Coal Mine.

“It’s also a story of how the Gupta family and Salim Essa and their then business partner, Daniel McGowan, first laundered offshore Gupta proceeds of crime to wash another R860-million into the purchase price for Optimum Coal and then used the Optimum Coal Mine as an industrial-strength money laundering machine,” Chaskalson said.

Read in Daily Maverick: ‘Industrial-strength money laundering’ at Optimum Coal Mine the epicentre of State Capture

The proceeds of crime were passed through the Gupta’s joint venture, Centaur Ventures, and reintroduced to South Africa as prepayments for coal from Optimum Coal Mine by Centaur. Once the money was transferred to Optimum, it was immediately laundered out, through Tegeta and Oakbay and to the furthest reaches of the Gupta family criminal enterprise in South Africa, he said.

Daily Maverick recently detailed the individuals and entities that the commission recommended the NPA investigate for potential prosecution for State Capture crimes. According to the recommendations, the NPA should consider prosecuting the following individuals for activities relating to the Gupta-owned Optimum Coal Mine:

In the affidavit filed on Friday, the NPA argued that Tegeta had orchestrated the Optimum acquisition through a “succession of criminal acts” and had funded the acquisition “from at least four demonstrably unlawful sources”.

Rabaji-Rasethaba went on to submit four arguments that, the NPA says, demonstrate why the order should be granted.

Sindisiwe Seboka, spokesperson for the NPA’s Investigating Directorate (ID), said in a statement issued after the authority approached the court: “The application seeks to have the shares owned by Tegeta Exploration & Resources (Pty) Ltd to be forfeited to the state on grounds of having been acquired through proceeds of unlawful activities and the instrumentality of money laundering under the Prevention of Organised Crimes Act (POCA).”

The statement outlined the timeline of actions that led to this point.

“Groundwork already done by the NPA resulted in a preservation order handed down in the NPA’s favour on 23 March 2022 by the High Court of South Africa, Gauteng Division, Pretoria.

“The court ruled on two interlinked matters. The first pertains to all of Gupta-owned Tegeta shares in Optimum Coal Mine (OCM) and Optimum Coal Terminal. It also includes OCM’s business.”

The statement said the second matter “pertains to the claim of R1.3-billion of Templar in relation to OCM, also preserved”.

“This takes the total preservation to R3.4-billion. In court papers, the underlying claim to the Templar stake preserved are funds that were advanced by the Gupta family Dubai Company, Griffin Line Trading LLC, a company nominally controlled by Ajay Gupta’s son, Kamal Singhala. Daniel McGowan, the owner of Templar, has himself stated under oath that the funds advanced by Griffin Line derived from money stolen from the South African government and laundered via Mr Singhala on behalf of his father and wider family members.”

Rabaji-Rasethaba said this was one of the ways that the NPA was seeking to recoup the proceeds of State Capture.

“The NPA remains committed to ensuring that the recommendations of the [Zondo] Commission are prioritised,” the statement concluded. DM