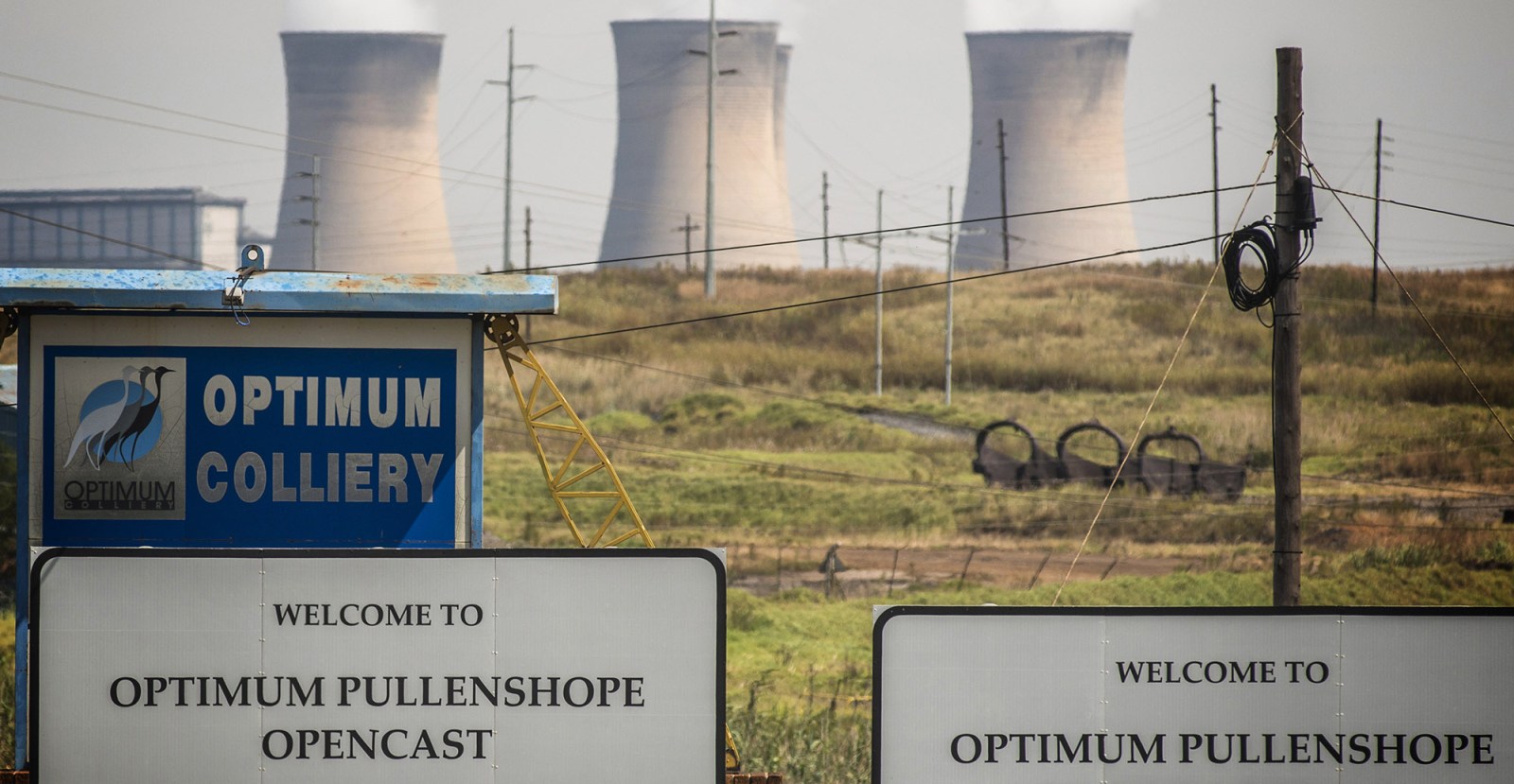 Frozen screens, audio problems and other minor glitches meant that the High Court in Pretoria had the chance to hear senior counsel Matthew Chaskalson’s dramatic opening statement no less than three times on Tuesday.

The case constitutes an epilogue to the long-running saga of the Optimum Coal Mine, and pits the National Prosecuting Authority (NPA) against the mine’s business rescue practitioners in an unusual dispute over whether legal action can be taken against a company in business rescue.

Chaskalson is appearing as senior counsel for the NPA, arguing for two preservation orders under the Prevention of Organised Crime Act to recover the proceeds of crime linked to the corrupt scheme for the Optimum Coal Mine acquisition.

If successful, this will signal the recovery of the most significant State Capture-tainted assets still remaining in South Africa.

In his opening statement on Tuesday, Chaskalson told the court:

“The story of these two applications is the story that triggered first the Public Protector’s State Capture report and then the State Capture commission itself.

“It’s a story of how the Gupta family and their associates and Regiments looted Transnet and Eskom and stole from Transnet pensioners to put together the money required to purchase the Optimum Coal Mine.

“It’s also a story of how the Gupta family and Salim Essa and their then business partner, Daniel McGowan, first laundered offshore Gupta proceeds of crime to wash another R860-million into the purchase price for Optimum Coal and then used the Optimum Coal Mine as an industrial-strength money laundering machine,” said Chaskalson.

The proceeds of crime were passed through the Gupta’s joint venture, Centaur Ventures Limited, and then reintroduced to South Africa in the form of prepayments for coal from Optimum Coal Mine by Centaur Ventures Limited. Once the money was transferred to Optimum Coal Mine, it was immediately laundered out, going through Tegeta and Oakbay and to the furthest reaches of the Gupta family criminal enterprise in South Africa, he said.

The National Directorate of Public Prosecutions has reason to believe that the payments on which the Centaur Ventures claims are based, took place pursuant to an overarching money laundering scheme.

All of these proceeds of crime that found their way back to Centaur Ventures were then used to purchase coal from Optimum Coal Mine and the funds that were paid into Optimum Coal Mine on these coal contracts were immediately disbursed to the furthest reaches of the Gupta empire in South Africa.

“Proceeds of crime, having spun around the Gupta enterprises several times, emerged at the end of the cycle as documentable loan repayments from Centaur Ventures, funded by documentable coal trades… in an elaborate money laundering scheme.”

The NPA is not dragging its feet on this one and, at one point, Judge Fourie had to request a brief adjournment because he was drowning in papers and needed time to reorganise them so he could follow Chaskalson’s argument.

The hours-long court proceedings were graced with the presence of none other than Ajay Gupta himself, who logged in to the MS Teams platform briefly before beating a hasty exit within minutes. 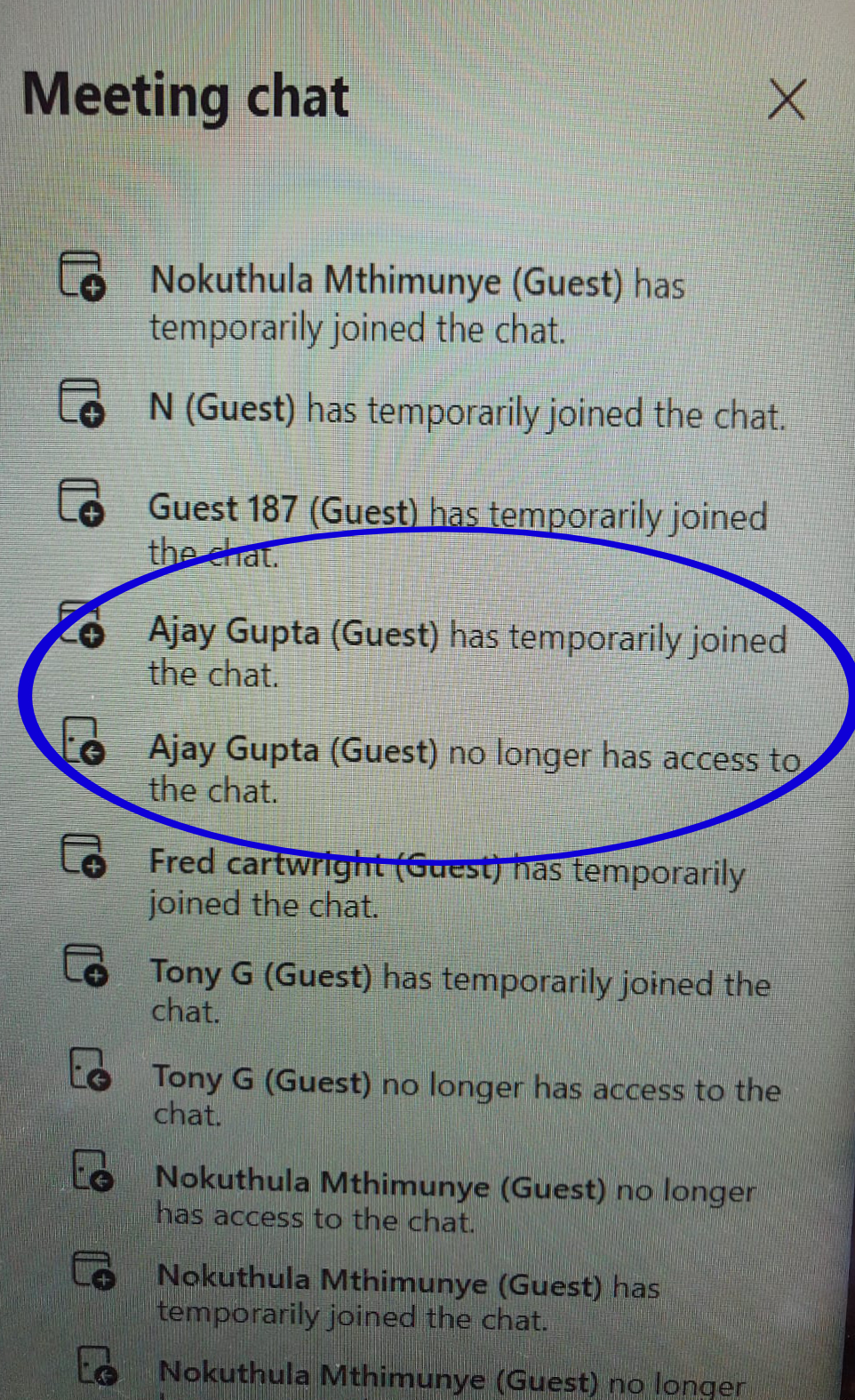 Chaskalson will continue arguing his case on Thursday. Senior counsel Greg Wickins will argue for the business rescue practitioners on Thursday and Friday. BM/DM