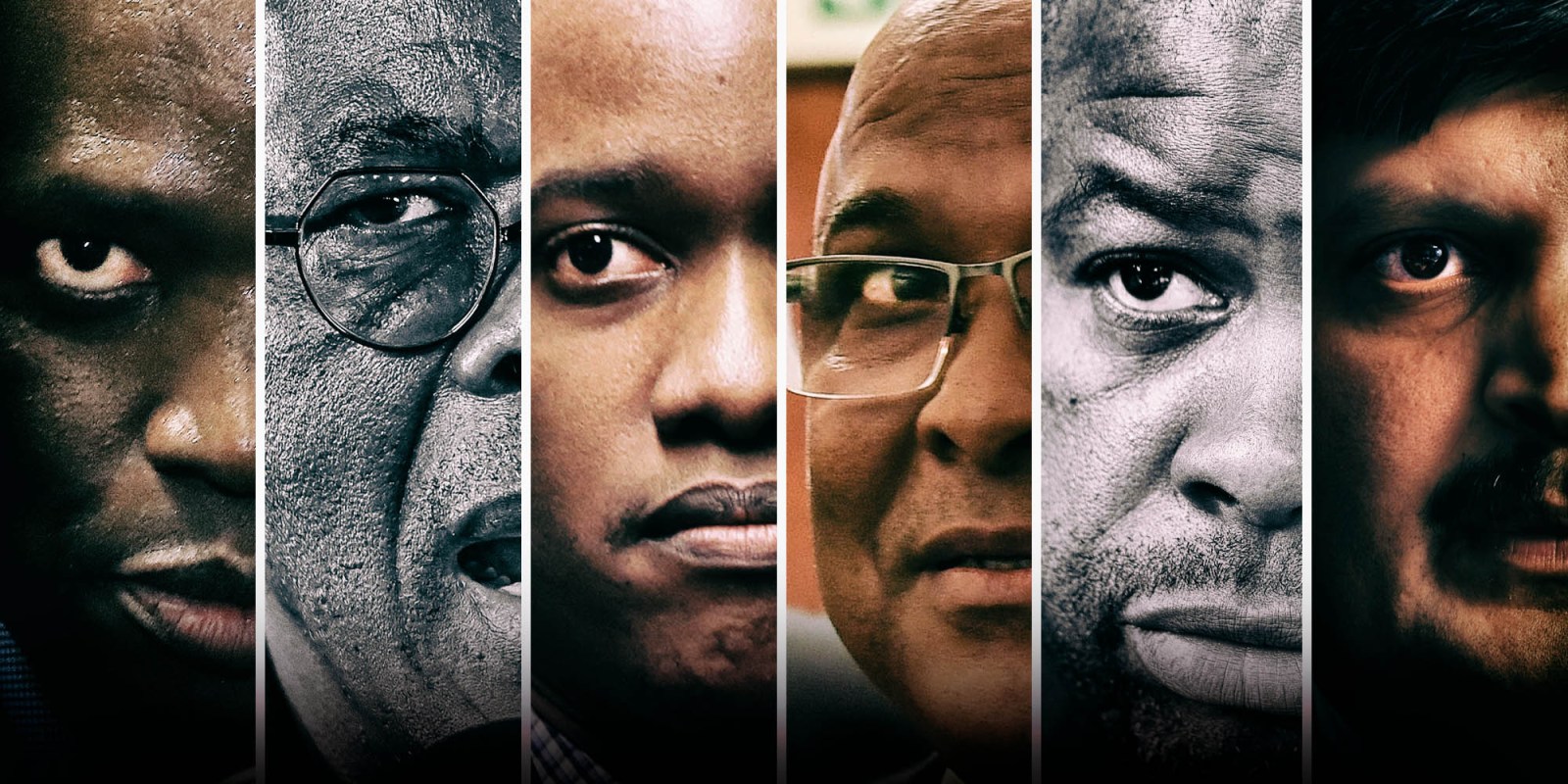 The final instalments of the Zondo report add multiple big names to the list the National Prosecuting Authority is advised to work through for potential prosecution for State Capture crimes. Among them: Duduzane Zuma, Hlaudi Motsoeneng, Ace Magashule and Arthur Fraser.

After almost 5,500 pages spread over six parts, the Zondo Commission report has recommended the investigation of former president Jacob Zuma on possible corruption charges in relation to just one matter.

The National Prosecuting Authority (NPA) was advised to consider potential criminal charges against Zuma only in the findings of Part 3 of the State Capture report, released in March, and only in relation to his dealings with the private company Bosasa.

Despite the fact that Zuma came in for extremely harsh criticism in every one of the six parts of the report, Chief Justice Raymond Zondo and his team appear to have concluded that only the corruption around Bosasa might provide sufficient evidence to mount a criminal case against Zuma for his role in State Capture.

All three are regarded as being aligned with the ANC’s Radical Economic Transformation (RET) faction seeking to unseat Ramaphosa from the ANC presidency at the party’s electoral conference at the end of this year.

Joining them on the list are a number of former executives of state-owned enterprises — together with the Guptas.

People the NPA should consider prosecuting for activities relating to the STATE SECURITY AGENCY (SSA):

For potential crimes involving the unlawful “withdrawal, handling and distribution” of SSA money:

For potentially violating the Firearms Control Act by irregularly checking out guns and ammunition from the SSA armoury:

For potentially illegal conduct in allegedly issuing security clearance certificates to people not entitled to them:

For potential involvement in corruption around the Principal Agency Network amounting to “a massive abuse of the assets of the SSA”:

People the NPA should consider prosecuting for activities relating to the SOUTH AFRICAN BROADCASTING CORPORATION (SABC):

For potentially contravening the Public Finance Management Act (PFMA) for their role in orchestrating the Gupta-owned The New Age Breakfast Briefing broadcasts:

People the NPA should consider prosecuting for activities relating to the PASSENGER RAIL AGENCY OF SOUTH AFRICA (Prasa):

For the award of unlawful locomotives contracts to the company Swifambo:

For their role as members of the bid evaluation committee that recommended the Swifambo tender award:

For their role as members of Prasa’s corporate tender procurement committee:

For potentially contravening the PFMA through the Swifambo tender in their role as members of the Prasa board:

For their alleged involvement in additional unlawful contracts:

For possibly contravening the Prevention of Corrupt Activities Act:

People the NPA should consider prosecuting for activities relating to the Gupta-owned OPTIMUM COAL MINE:

People the NPA should consider prosecuting for activities relating to the VREDE DAIRY PROJECT:

People the NPA should consider prosecuting for activities relating to GUPTA BRIBERY:

Read the previous lists of individuals referred to the NPA by the Zondo Commission here: