Who is in the firing line after the Zondo report?

The List: The people and businesses the State Capture Commission recommends for prosecution by the NPA 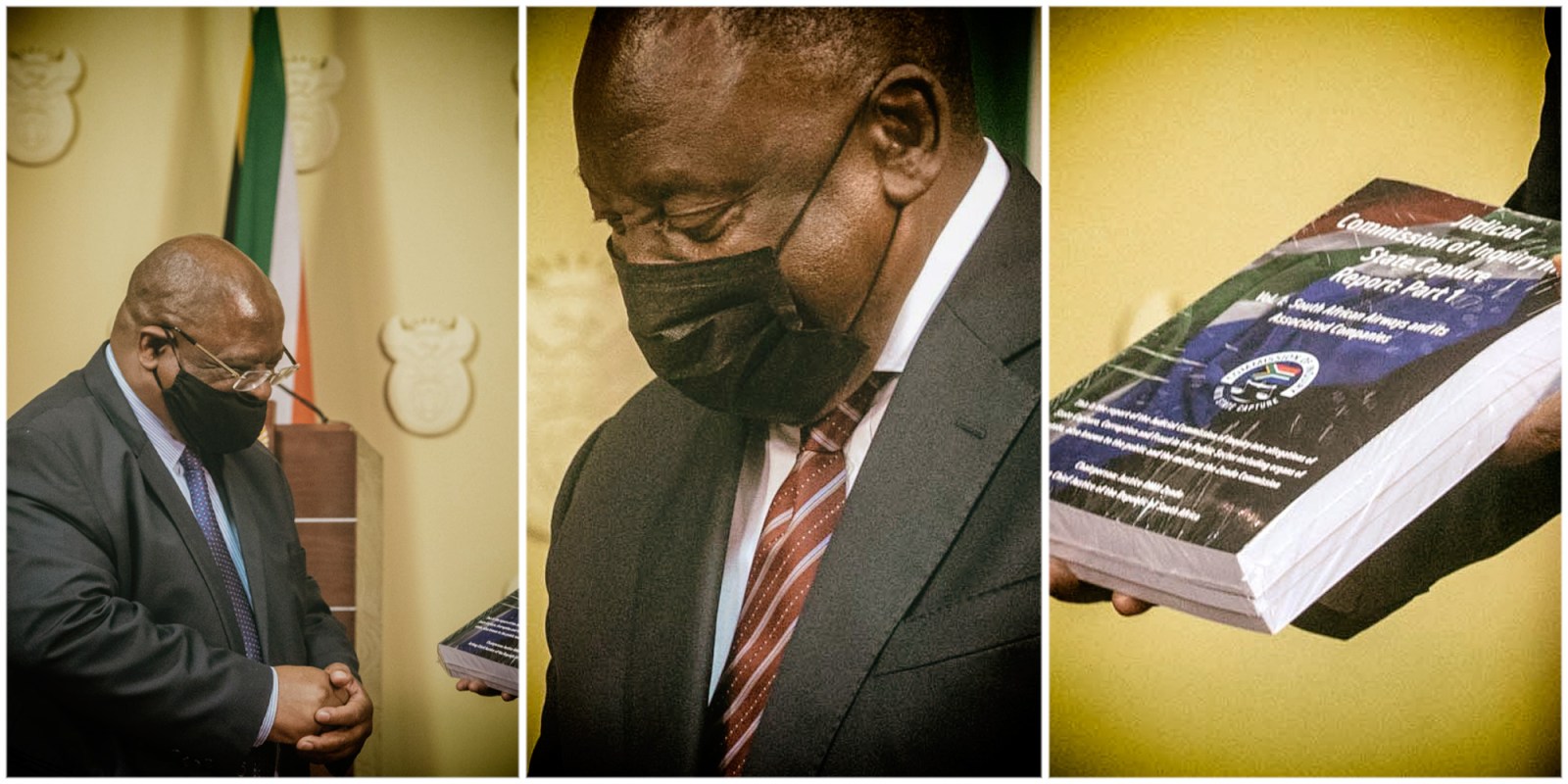 President Cyril Ramaphosa receives the first part of the report of the Judicial Commission of Inquiry into Allegations of State Capture from the Commission’s Chairperson, Acting Chief Justice Raymond Zondo on 4 January 2022 at the Union Buildings. (Photo: Alet Pretorius)

In the first volume of Judge Raymond Zondo’s report on State Capture, about 20 individuals are mentioned by name as warranting possible prosecution by law enforcement agencies. Those names include Dudu Myeni, Brian Molefe and Tom Moyane – but exclude former president Jacob Zuma, even though he comes in for harsh criticism.

The recommendations made by Judge Raymond Zondo based on the hearings of the Commission of Inquiry into State Capture are just that – recommendations. There is no automatic action that will follow from the publication of the first instalment of what will be a three-part Zondo Report.

In December 2021, meanwhile, National Prosecuting Authority (NPA) head Shamila Batohi warned that an underfunded and overburdened NPA would be unable to prosecute all cases emanating from the Zondo Commission, and would have to pick and choose for maximum impact.

The first volume of the report advises the NPA to “consider” – and in some places, “seriously consider” – prosecutions against about 20 individuals and firms implicated in State Capture around South African Airways (SAA), the Guptas’ The New Age newspaper sponsorship, and the South African Revenue Service (SARS).

People or companies the NPA should consider prosecuting for fraud or corruption:

“President Zuma fled the Commission because he knew there were questions that would be put to him that he would not have been able to answer.”

Read a full account of the SAA-related findings here: https://www.dailymaverick.co.za/article/2022-01-05-state-capture-inquiry-recommendations-npa-urged-to-probe-dudu-myeni-and-other-saa-top-brass-for-criminal-activity/

People the NPA should consider prosecuting:

“The only feasible conclusion is that [SARS] was deliberately captured and President Zuma and Mr Moyane played critical roles in the capture of SARS and dismantling it.”

People the NPA should consider prosecuting:

“The evidence before the Commission paints a picture of a calculated strategy by the Guptas to appropriate public funds from state-owned enterprises.”