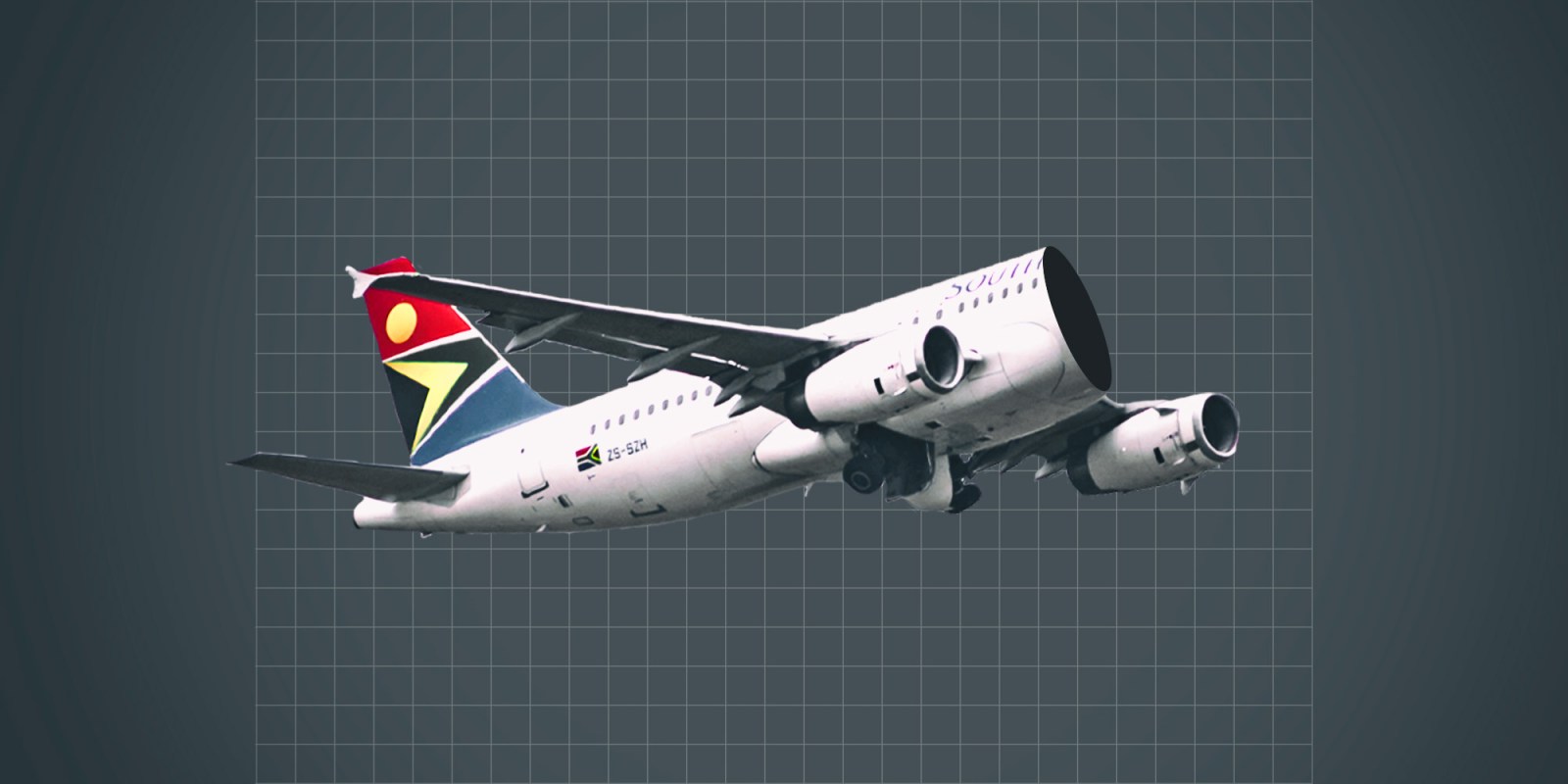 In part one, volume one of his three-part final report into the looting of South Africa’s state-owned entities and government departments, acting chief justice Raymond Zondo has made numerous recommendations that the NPA further investigate and possibly prosecute a clutch of former South African Airways heavyweights, companies and businesspeople that were allegedly involved in pigging out on state resources.

The most high profile recommendation for further investigation and possible prosecution in volume one — which covers the national carriers and its affiliates — is further investigation of former South African Airways (SAA) chairperson Dudu Myeni, a close personal friend and political ally of former president Jacob Zuma — who has also chaired Zuma’s eponymous foundation — under whose tenure at the national carrier fraud and corruption flourished.

South African Airways did not answer the questions Daily Maverick sent regarding the findings of the report, on how fraud and corruption had been allowed to become endemic at the state-owned enterprise, or what recent measures had been put into place since Myeni’s departure to ensure the national carrier was not again captured. Instead, SAA corporate affairs head, Vimla Maistry, said the following: “The SAA Board and Executives respect the work of the Commission and [are] currently examining the Zondo State Capture Commission’s report. SAA has a new Board and management in place and is currently successfully implementing a new post business rescue strategy.”

Zondo, who was deputy chief justice at the time he chaired the six-times extended commission, which is estimated to have cost taxpayers close to R1-billion, has recommended that the NPA investigates and brings possible charges of corruption against all of those involved in a scheme described by a protected witness known as Mr X at the commission.

According to the report, Myeni and the Jacob Zuma Foundation had received money from the coffers of the Free State government that was laundered through several business accounts, including that of Myeni’s son, Thalente, and unwittingly through Mr X’s business account.

Zondo also said that the criminal complaint laid by the commission against Myeni for disclosure of Mr X’s identity during her testimony needed to be finalised by law enforcement agencies and the NPA.

As reported by Daily Maverick when part one of the report was released on Tuesday night, Zondo had said that during Myeni’s almost five-year tenure at the national carrier, “She proceeded, through a mixture of negligence, incompetence and deliberate corrupt intent, to dismantle governance procedures at SAA, create a climate of fear and intimidation and make a series of operational choices at SAA that saw it decline into a shambolic state.”

Part one of the final report also recommends that Myeni be investigated for possible fraud regarding delays in the Airbus deal involving Pembroke Capital. She had written two letters to the public enterprises minister in 2013 saying that the board had taken resolutions about the Pembroke transaction, when these had in fact been decisions she had taken on her own. Myeni’s actions cost the national carrier about R800-million.

Two other important one-time players in the SAA fold who have been recommended for prosecution are Yakhe Kwinana, the former chairperson of South African Airways Technical (SAAT), and advocate Nontsasa Memela, then SAAT head of procurement.

Zondo says in his report that the NPA should “seriously consider prosecuting” both women, and other players, in relation to the AAR and JM Aviation joint venture components tender, which was found to be “unlawful, irregular and unfair”. AAR and JM Aviation had been favoured by Memela and the SAAT board, Zondo found, and Kwinana and Memela had received payments at the time of the dealings that were likely kickbacks.

“It is recommended that the National Prosecuting Authority should seriously consider prosecuting the JM Aviation directors, the members of the Board of SAAT at the time, including Ms Y Kwinana, and Adv Nontsasa Memela for corruption or related crimes. It should also consider engaging with the United States Department of Justice regarding the role played by AAR in this scheme.”

Zondo has also placed the former interim CFO of SAA, Phumeza Nhantsi, in the firing line, for a deal with BNP Capital relating to financial services.

As reported in June 2019 by Daily Maverick, BNP wanted to charge R2.6-million for its first deal and was set to make R256-million for raising R15-billion for the cash-strapped airline, around R30-million more than BNP had quoted for its work. The deal was backed by Myeni.

Says Zondo in his report: “In her position as interim CFO, Ms Nhantsi held a position of authority within SAA. She ought, therefore, to have reported the BNP transaction and her suspicions concerning the true motives of Ms Duduzile Cynthia Myeni and Mr Masotsha Mngadi in pushing the transaction forward. Her failure to do so may constitute a crime. The Commission, therefore, recommends that the law enforcement agencies including the NPA should give the matter further consideration with a view to her possible prosecution.”

“SAA’s conclusion of a five-year ground handling contract took place a month after Swissport had concluded a service level agreement with JM Aviation in terms of which JM Aviation was paid R28.5-million. That money, according to Mr Daluxolo Peter, was then used to pay millions of rands to those who had assisted in ‘facilitating’ the finalisation of the SAA / Swissport contract,” Zondo says in his report.

The acting chief justice found that payments made to the individuals were likely to have been kickbacks “to those who had secured the conclusion of the Swissport ground handling contract with SAA or were to be involved in its implementation”.

There was “considerable evidence” against advocate Memela, said Zondo, indicating she received kickbacks from JM Aviation for advancing its interests and those of AAR in their dealings with SAAT.  “The Commission will recommend that the NPA consider prosecuting Ms Memela for corruption.”

Other recommendations, not exhaustive, are:

“Where the evidence before the Commission has revealed possible acts of corruption and fraud and has recommended that prosecutions take place, steps should be taken by the relevant authorities urgently to seek to recover the proceeds of these unlawful activities,” said Zondo.

He said the Auditor General’s office should be further capacitated so that it can audit all public entities.

“To the extent that that is not practicable, serious consideration should be given to private firms being appointed to audit SOEs only if they can demonstrate that they have the requisite skills and also the requisite understanding of their obligations to the public at large when they audit an SOE.”

It was also recommended that the South African Institute of Charted Accountants (Saica) should investigate whether Kwinana “has the requisite knowledge and appreciation of her obligations as a chartered accountant and whether she is suitable to continue to practise the profession”.

“The Commission believes that the answers she gave to certain questions during her evidence revealed either that she has no clue about some of the basic obligations that she should know as a charted accountant or she knew those obligations but dishonestly pretended that she did not know them because it was convenient for her to do so. In either case, Saica should be interested in investigating the matter because either explanation may mean she is not fit and proper to practise the profession of a chartered accountant.”  DM