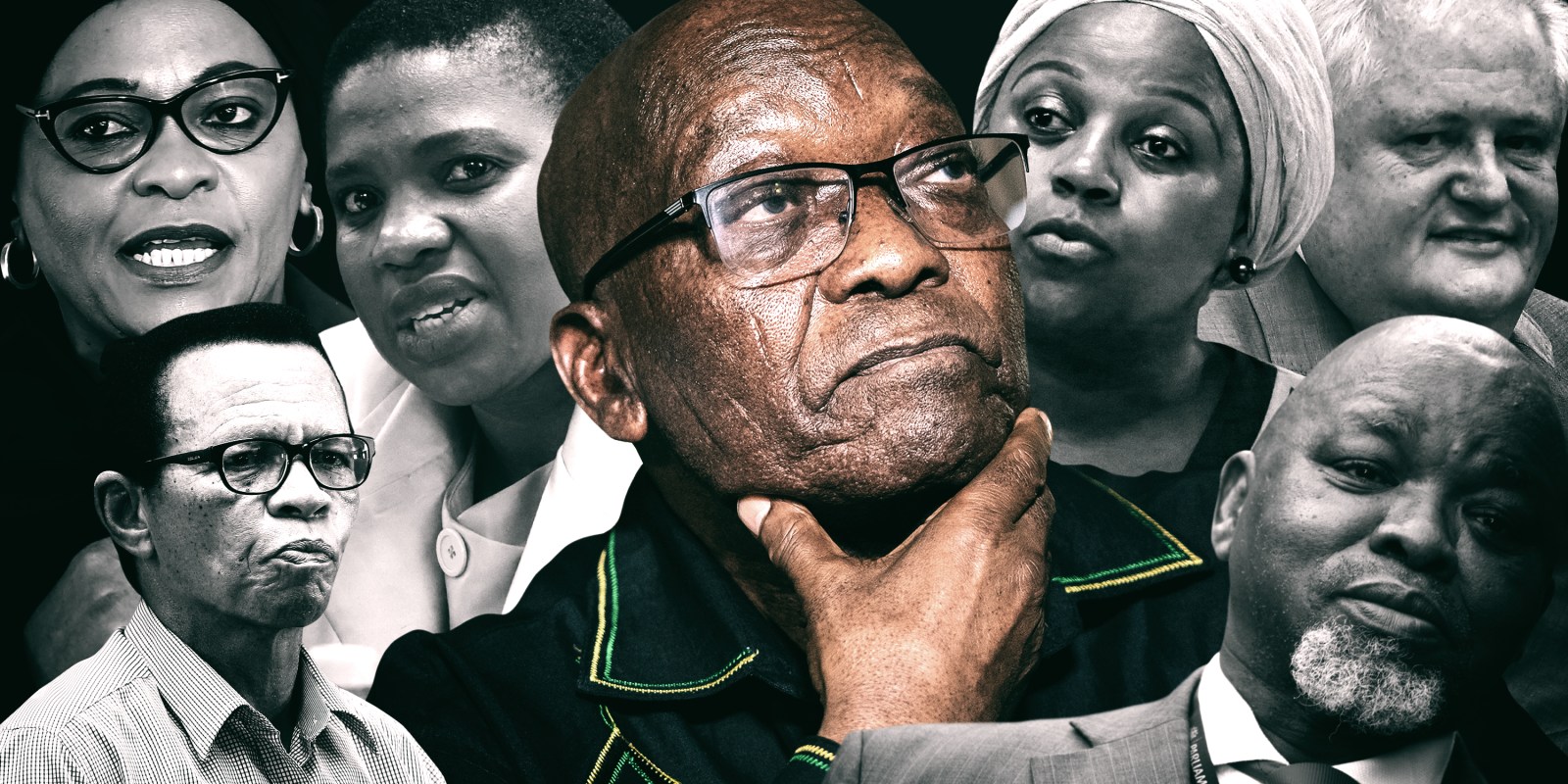 The third volume of Judge Raymond Zondo’s report on State Capture lists more than 60 individuals recommended for prosecution by the National Prosecuting Authority – including a former president, a current minister and a current deputy minister.

Volume 3 of the State Capture report has recommended almost three times as many people for prosecution by the National Prosecuting Authority (NPA) as the previous two volumes – despite the fact that it deals exclusively with corruption linked to one private company, Bosasa.

The number of people implicated in this third instalment (60-plus) is a reflection of both the reach of Bosasa, which won contracts in a huge range of different government sectors, and the convincing evidence in this workstream supplied to the State Capture Commission by former Bosasa chief operations officer (COO) Angelo Agrizzi and other former Bosasa employees.

The latest report is also notable for being the first in which former president Jacob Zuma is explicitly recommended for prosecution, along with three MPs and three other current and former members of the executive.

There will be enough work stemming from this volume alone to keep the NPA busy for quite some time.

People* the NPA should consider prosecuting for corruption under Precca, the Prevention of Corrupt Activities Act:

*Some of these individuals may no longer be in the roles they were at the time of the Bosasa corruption.

People the NPA should consider prosecuting under Precca; for defeating or obstructing the end of justice; and other possible breaches of the NPA Act:

People and companies the NPA should consider prosecuting for money-laundering:

People the NPA should consider prosecuting for fraud:

People the NPA should consider prosecuting for money-laundering, corruption, and/or fraud:

People the NPA should consider prosecuting for failure to report suspicious or unusual transactions:

People the NPA should consider prosecuting for assisting another to benefit from the proceeds of unlawful activities:

People the NPA should consider prosecuting for failure to comply with Precca, the Public Finance Management Act (PFMA), the Constitution, and Treasury regulations with regard to tenders, as well as possibly charge with offences of theft, fraud and perjury:

People who should be investigated for potentially breaching the MPs’ Code of Conduct:

People who should be investigated for potentially breaching the Executive Ethics Code:

People who should be investigated by the Legal Practice Council:

People who should be investigated by the SA Institute of Tax Practitioners:

People who should be investigated by the Independent Regulatory Board for Auditors:

People who should be investigated by SARS: