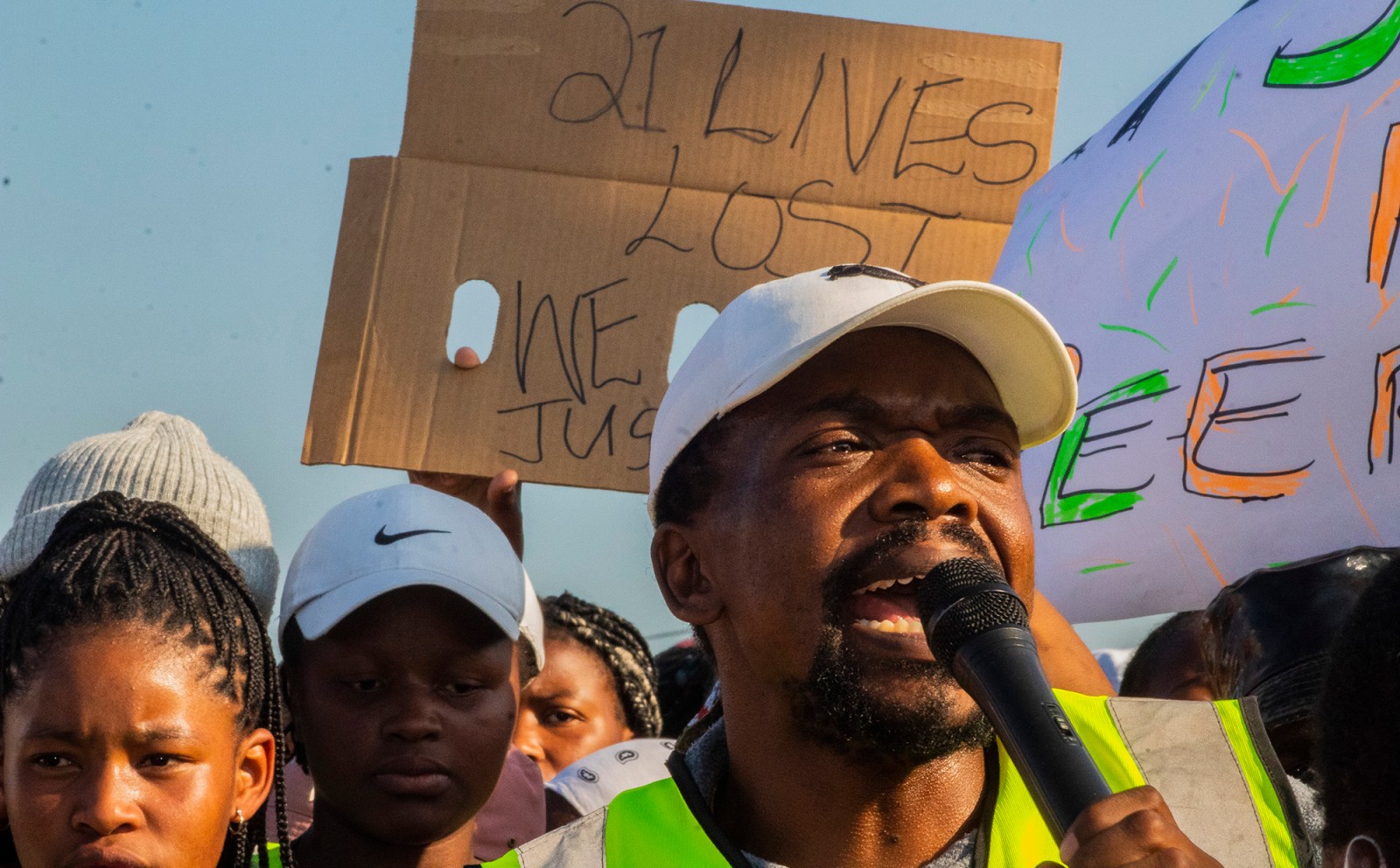 Scenery Park youth are calling on Police Minister Bheki Cele to stop talking and provide resources for Scenery Park Police Station, which allegedly failed to respond to the Enyobeni tavern tragedy when they were called for help when the first two teenagers collapsed.

The youth of Scenery Park in East London in the Eastern Cape called on Police Minister Bheki Cele to stop blaming their parents for Enyobeni tavern, where 21 teenagers died, and instead provide working resources to the Scenery Park police station.

This follows Cele visiting Scenery Park on the day of the tragedy, when he said parents must also take responsibility for what happened at the tavern:

“If you are a parent and have a child of 13 years not at home until midnight, parents also have a responsibility – what are you saying if you sleep but a 13-year-old is not at home?”

According to the youth, the police station has a shortage of staff and police vehicles, and Cele employs incompetent staff.

On Friday the youth of Scenery Park marched to the police station and handed over a petition to the police demanding answers from Cele.

Speaking at the handing over of the petition, Scenery Park youth leader Max Kamte demanded answers from the police minister.

“We want to know where the police were that day. Since Bheki Cele said our parents are failing to discipline us, where were the police when underaged children were allowed into the tavern?” asked Kamte.

He said Scenery Park police are paid for doing nothing.

“We are here to awaken you and we want to expose these police officers as they are doing nothing. The only programme they are doing is to visit schools. They are failing the community of Scenery Park,” said Kamte.

He said people have been calling for them to burn the tavern, but the youth of Scenery Park know very well that won’t help them.

Kamte said if the police were patrolling they would have managed the situation better and claimed police did not respond to calls from the tavern.

“The police were called when the first two teenagers fell and they ignored that. If they had responded at that time we would not be talking about 21 teenagers who died at a tavern. We had to call Fleet Street police station in order to get help.

“We have a drug problem in Scenery Park and Cele comes here and blames our parents. Cele must give us more police vans and stop talking. If he does not respond to our demands, we will shut down this police station.”

Kamte called on the youth of South Africa to stand up for their rights.

“Minister Cele made those remarks and has given context as to why. There won’t be any further comment on that… the Ministry has introduced a Station Accountability Plan which ensures that there is accountability at station level from commanders, where the shortage of personnel and vehicles are addressed in the aim to improve service delivery.

“This plan is being rolled out and there are various visits by Ministry to stations to ensure its implementation.”

She said the allegations would be looked into.

Survivors of the tragedy entered the tavern for the first time on Friday afternoon to lay flowers for the 21 teens who died there. Some cried uncontrollably and had to be calmed down and taken away from the area.

One was overheard saying it would take time to heal from what they had seen and experienced. DM/MC