‘No sense of national purpose’ is what is making So... 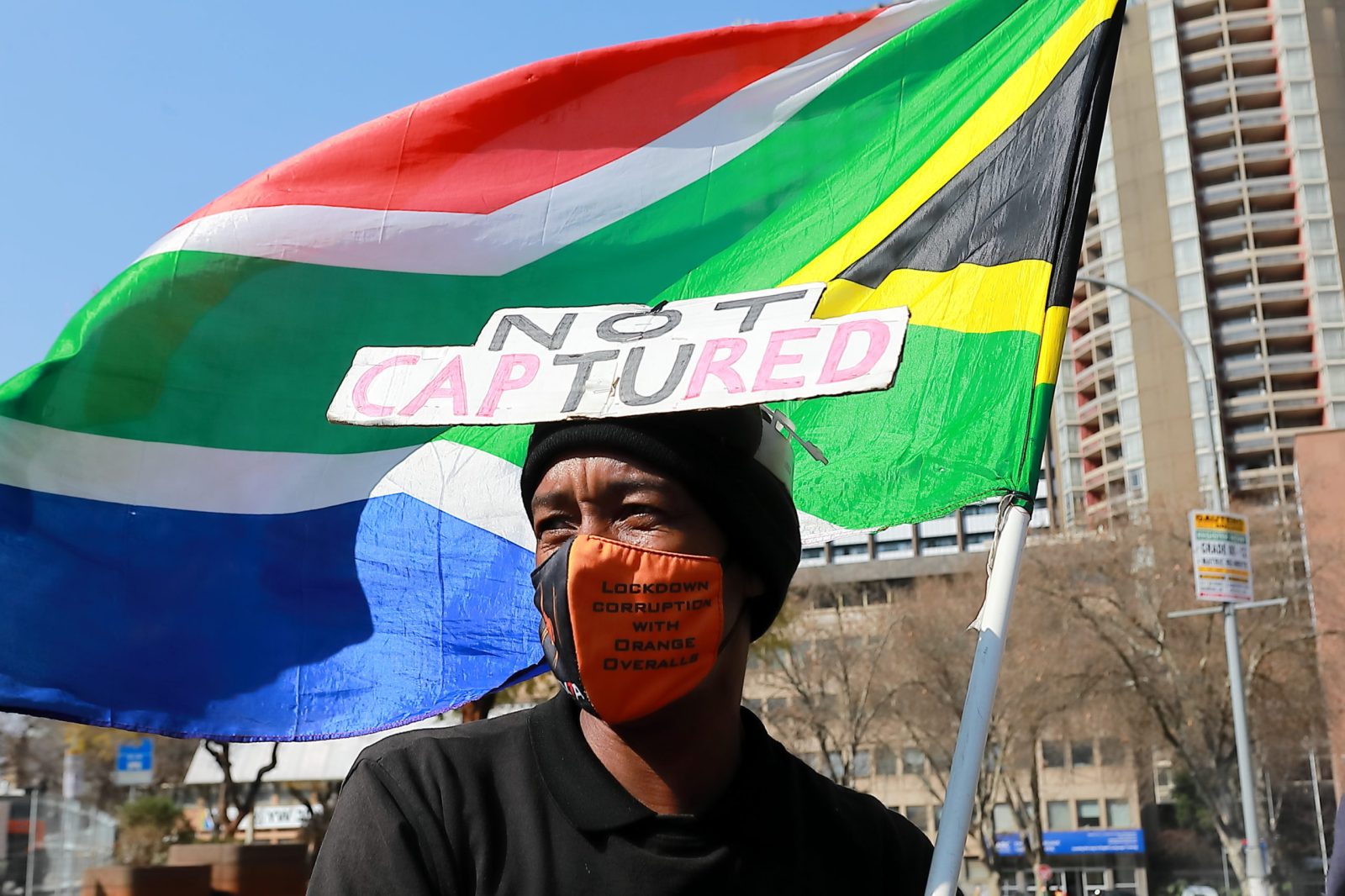 The Defend our Democracy campaign’s Conference for Democratic Renewal and Change kicked off in Johannesburg on 1 July.

Giving the keynote inputs at the conference were former deputy minister of finance Mcebisi Jonas and political scientist at the University of Pretoria, Professor Sandy Africa.

“Alarm bells are sounding and we need to up the tempo of defending democracy globally and in South Africa,” warned Jonas.

He said South Africa needed renewal in order to stop a “democratic backsliding”, weakening the political system, and that weak state institutions caused the state to be the biggest threat to democracy.


Attacks on the Constitution were becoming increasingly common to undermine SA’s democratic institutions, he said. That does not mean constitutional amendments cannot be undertaken, but conversations need to be rational.

“In fact, one of the key propositions I suggested this morning, on electoral reform, would require a constitutional amendment. What we must ensure is that all reforms are well-considered and subject to what [Indian economist and Nobel laureate] Amartya Sen calls democratic public reasoning.

“The role of our security establishment, or at least elements thereof, in the 2021 July unrest; the political assassinations within the governing party; the assassinations of whistleblowers; and the rise of xenophobic violence are all indications that the levels of political violence in SA are on the rise.”

Jonas warned undermining free and fair elections; the right to belong to political groupings of one’s choice; the rights of ethnic, religious, gender-based or LGBTQ+ groups; safeguards against official corruption; freedom of expression, academia, and the media; freedom of assembly and protest; the rule of law; and a host of freedoms around movement, marriage, and equality are all symptoms of democratic backsliding.

Jonas said populism has been used to entrench the corrupt political elite which undermined democracy by feeding disinformation particularly on social media, highlighting the need for public education among the youth.

“Given the state of our crisis, we cannot just jump into a Nedlac-managed social compact, which is being presented as the magic bullet… I think the time has come for a national referendum on the electoral system to define the way forward.”

On the threats to democracy after the July 2021 unrest, Africa said in order to determine how serious the threat was it was necessary to first define what the threat was.

She said President Cyril Ramaphosa had described it as an insurrection orchestrated to destabilise the country and undermine the constitutional order. “We can all agree that what happened could be reduced to the pervasiveness of weak state institutions failing at implementation and to uphold the law and failed consequence management at all levels of public office.”

In a democracy it is the job of state security to provide intelligence and warnings of threats to security, she pointed out. But even the state admitted not enough was done. She said the State Capture report has shown that intelligence services, instead of being prepared to prevent the July riots, have been used to fight political battles.

In a democracy the state cannot relinquish its duty to protect citizens because this leaves a vacuum to be filled by militias, vigilantes and opportunistic forces. The July 2021 unrest also showed the police are under-resourced. “There were so many instances where people reported that the police stood back while the violence unfolded implicating them in the mayhem.

“We must assess what has shifted and changed,” said Africa, observing that Minister in the Presidency Mondli Gungubele had highlighted during his budget vote various issues, including a lack of intelligence services; marauding gangs terrorising communities; xenophobic violence; infrastructure; white-collar crime; poverty; and flooding.

Africa believed another spate of unrest was likely and asked what the state was doing to prevent it. “We need a re-calibrated security sector which serves our democracy and is not used for personal and partisan gain.”

Equal Education’s general secretary Noncedo Madubedube commented, “People really do believe in this idea of political reform and I want to say that when you think about the involvement of young people in political reform, whether its electoral or otherwise, you must understand that young people remain deeply let down by our Constitution and by the principles and notion of democracy in this country.

“We don’t feel represented by the law, we don’t feel safe, we don’t feel that we are able to gainfully live in South Africa and that’s a crisis in itself. So when Prof [Africa] speaks of living through an insurrection, civic unrest will continue because young people in this country are idle.”

Madubedube said language use and messaging were important in the struggle for democracy: “We have to build towards collective ideals and it’s urgent. The reason that language and messaging of our struggle is important is because we have to think about how we’re going to celebrate those gains. So if the full Zondo report comes out and we celebrate … is that really enough for learners who still go to school with pit latrines?”

Bishop Malusi Mpumlwana, general secretary of the SA Council of Churches, said we cannot expect accountability from the government if we cannot articulate what we need from the government. “We need to come up with the kind of values and standards that we want and our tax money will be used on.”

Mpumlwana said destabilisation did not end in July 2021: the ANC’s internal divisions have become the main threat to public order and the rule of law. He called for a professionalised, and not politicised, civil service.

Helen Suzman Foundation director Nicole Fritz suggested that people needed to move away from a narrative of blaming the Constitution, courts, NGOs or migrants for holding people back from opportunities.

“That type of narrative is so impoverishing of the political landscape and it stands in such stark contrast to where we were 12 or so years ago… There’s a sense of psychological damage that we as South Africans have experienced having seen the effects of State Capture and the violence that has gone along with that,” said Fritz.

CEO of Business Unity South Africa, Cas Coovadia noted that the outcome of the local government elections was not just a vote of no-confidence in the ANC, it showed people have lost faith in politics and could not be bothered to vote. He agreed that electoral reforms were needed but asked what the point would be when people were not voting.
Former editor, author Songezo Zibi said that the fact that various NGOs were litigating against state institutions for failure to deliver services to people has created the impression that the judiciary is pitted against state institutions.

Zibi stressed the need for a democratic education campaign, particularly for young people, “because we are beginning to see millions of people thinking democracy doesn’t work and we can’t make it difficult for people to participate in voting”.

Zibi, who recently announced his ambitions to run for president, said a change in orientation was needed particularly from business. He proposed businesses must make a commitment to contribute to the Independent Electoral Commission so that electoral funding can be as transparent as possible.

“What we see is the state is no longer able to perform the basic task of keeping the population safe because it does not have the ability to make sense of information outside of party-political and factional issues,” said Zibi and went on to state that there was no sense of national purpose, meaning that people were now vulnerable to populism and anti-democratic forces. .

The conference continues on 2 July. DM/MC