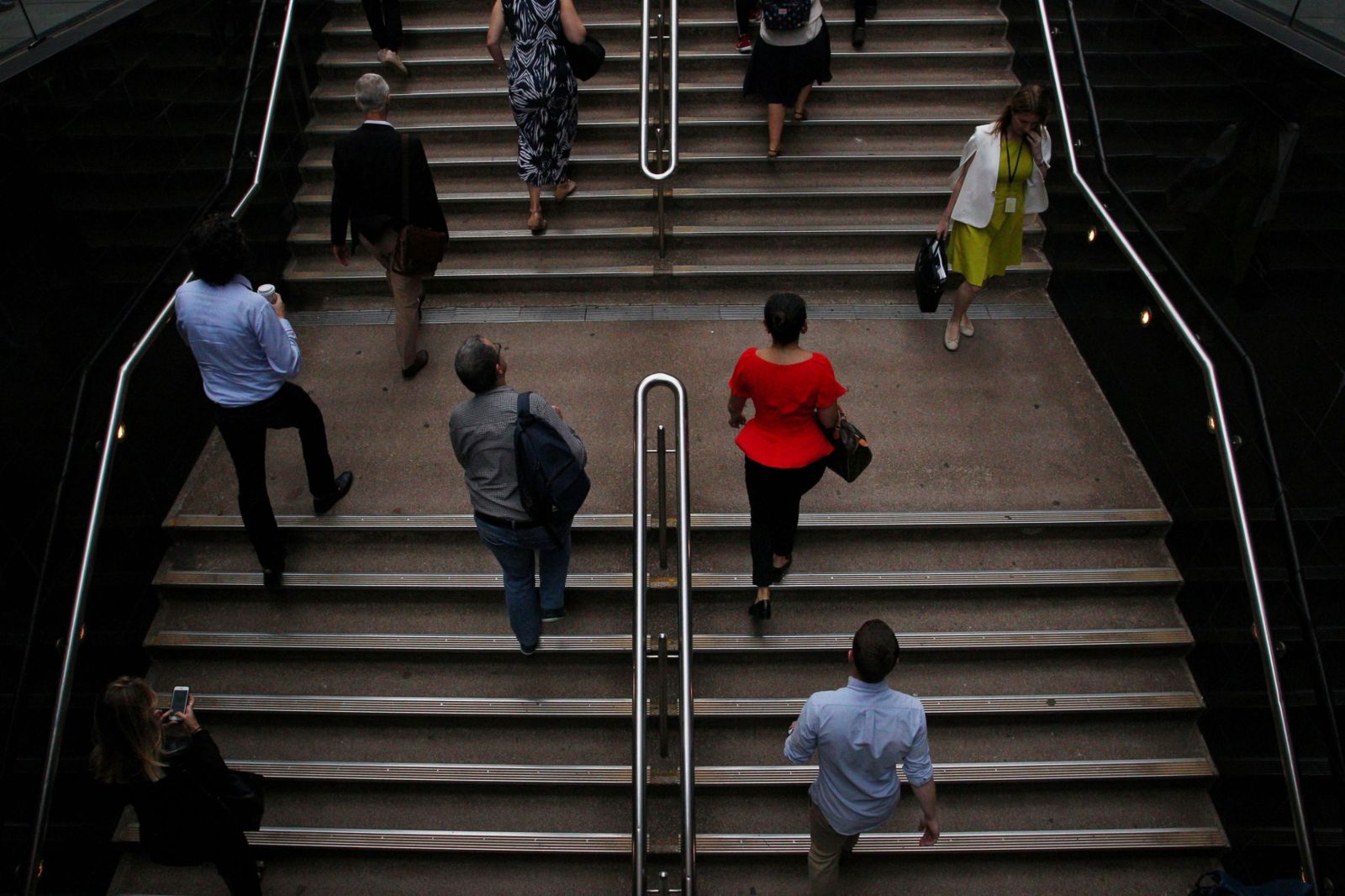 Pedestrians climb a flight of steps at Martin Place in the central business district in Sydney, Australia, on Friday, Jan. 11, 2019. Australian consumer confidence slumped the most in more than three years, amid pessimism over falling property prices and economic growth, after the nation's dollar tumbled to the weakest in almost 10 years at the beginning of the month.

The pay gap between men and women is widest between the ages of 45 and 64, according to a new report.

Men in Australia out-earn women at every stage of their working life, with the pay gap the most pronounced at the peak of their careers, Workplace Gender Equality Agency data show.

Economic opportunity for women is one of the big issues facing Australia’s newly elected Labour government, with the country home to one of the world’s biggest gender pay gaps.

Australia was No. 15 on the World Economic Forum’s global gender gap index in 2006 but dropped to 50th place in 2021. It’s fallen from 12th to 70th in terms of economic participation and opportunity for women in the same period, despite last year ranking joint first place for educational attainment.

The pay problem is accentuated by the fact that in every age group, no more than 50% of women were in full-time work in 2021, yet more than 90% of managers are working full-time. This means women are missing out on management roles, according to the report. Men over the age of 55 are twice as likely as women to be in management positions.

Policies that focus on equal access to workplace support for men and women are important for correcting the gap, WGEA director Mary Wooldridge said in a statement. These include gender-neutral parental leave policies, childcare subsidies support, and flexible work policies. Workplaces must also enable career progression for part-time workers, she added.

Millennial women currently working will take home just 70% of men’s earnings by the time they reach 45, if current trends continue, according to the WGA. BM