JPMorgan’s China fund ramps up bets on tech as ‘wor... 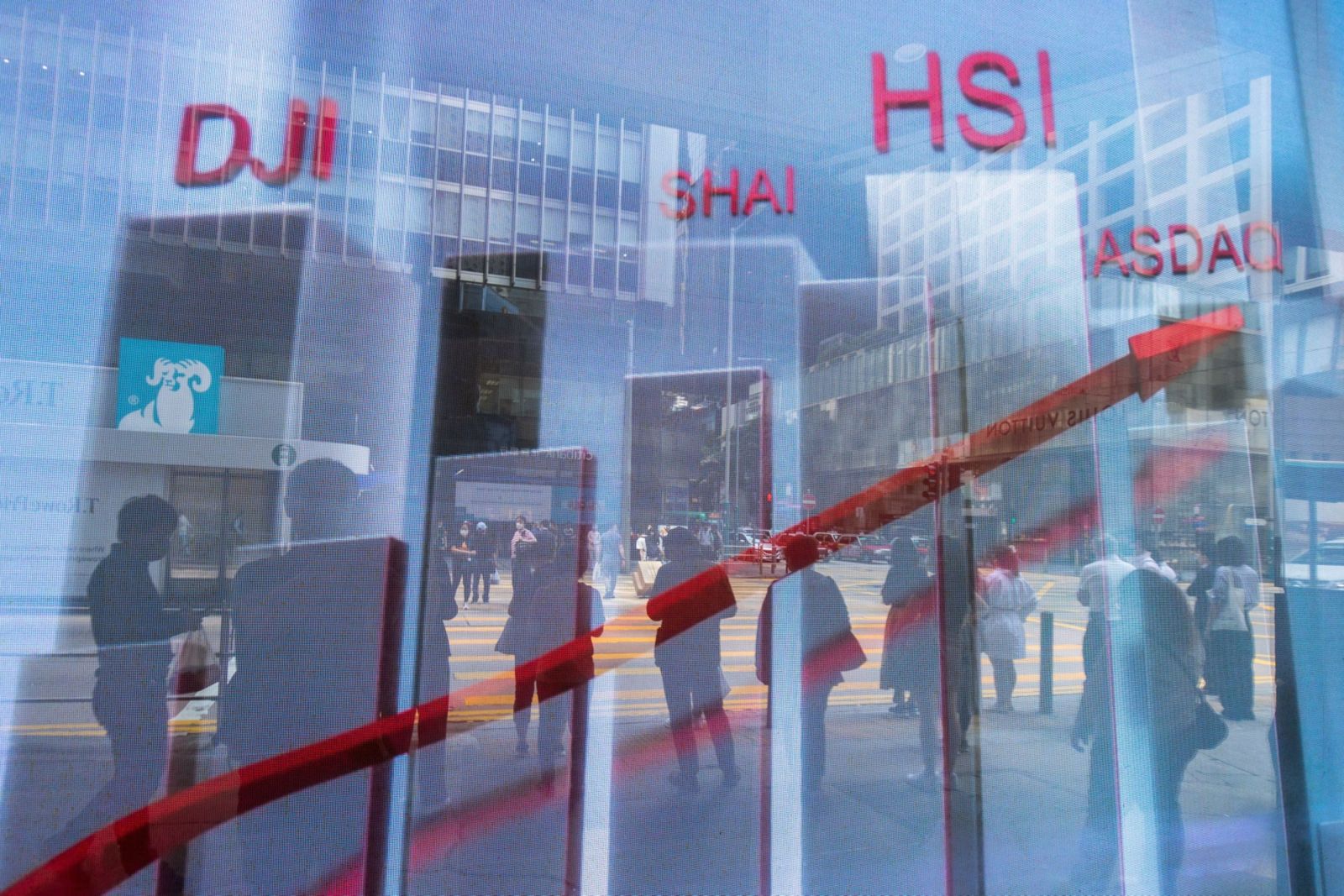 Pedestrians reflected in an electronic screen displaying an illustrative chart in Hong Kong, China, on Tuesday, March 15, 2022. Chinese stocks suffered another deep selloff on Tuesday as concerns about the countrys ties with Russia and persistent regulatory pressure sent shares on a downward spiral. Photographer: Paul Yeung/Bloomberg

The asset manager hasn’t significantly trimmed holdings of Chinese tech giants during a yearlong rout as the sector provides ‘critical value’ to customers. The flagship China fund has snapped up shares of Alibaba Group Holding and JD.com this year.

JPMorgan Asset Management is doubling down on China tech stocks after enduring a tumultuous selloff, betting that a wind-down of regulatory crackdowns and attractive valuations will pay off big.

Rebecca Jiang, who co-manages three China equity funds with total assets of about $20-billion, said the firm hasn’t significantly trimmed holdings of the country’s tech giants during a yearlong rout as the sector provides “critical value” to customers. The flagship China fund has snapped up shares of Alibaba Group Holding Ltd. and JD.com Inc. this year, according to filings as of end-May.

And with regulatory hurdles being cleared and China’s macro policies offering support, the fund manager is now even more optimistic.

“A clearer and more defined regulatory framework around these Internet businesses is a definite positive,” Jiang said in an interview in Hong Kong this week. “The worst is over.”

Her views echo a growing trend in China’s market, where investors have been rotating back into battered tech stocks after a year of heavy selling that wiped out almost $2-trillion in value at its worst. The Hang Seng Tech Index advanced as much as 2% early Thursday, taking its gains since a mid-March trough to more than 30%, as authorities signaled a more lenient stance toward the sector.

To be sure, betting on big tech has entailed losses. Jiang’s China fund lost 20% last year, sliding down the ranking after coming in at the top 5% among its peers in 2020. While still down about 20% this year, its more recent returns have started to turn positive.

“Growth strategies have experienced a difficult period,” said Jiang. “But the regulatory headwinds and tightening could be a blessing in disguise for a lot of these Internet companies. I think this helped investors to identify and appreciate their real values.”

Going forward, Jiang said she’s looking at opportunities in other beaten-down sectors such as property, as well as policy beneficiaries including infrastructure and new energy.

Regulations on the property sector can “accelerate market consolidation and market share gains, particularly for the leading state-owned developers that are more conservatively run,” she said, adding that the fund has been increasing allocation toward the sector.

The gradual easing of Covid restrictions, coupled with continued monetary and fiscal support, means Chinese stocks will continue to outperform global peers for the rest of the year, according to Jiang.

“Both from a global asset allocation perspective or on a standalone basis, the Chinese assets, equities we are talking about here are looking attractive, particularly from the level it has fallen.” BM