‘A Dalliance with Destiny’ — a masterpiece that transcends local and global, history and geography 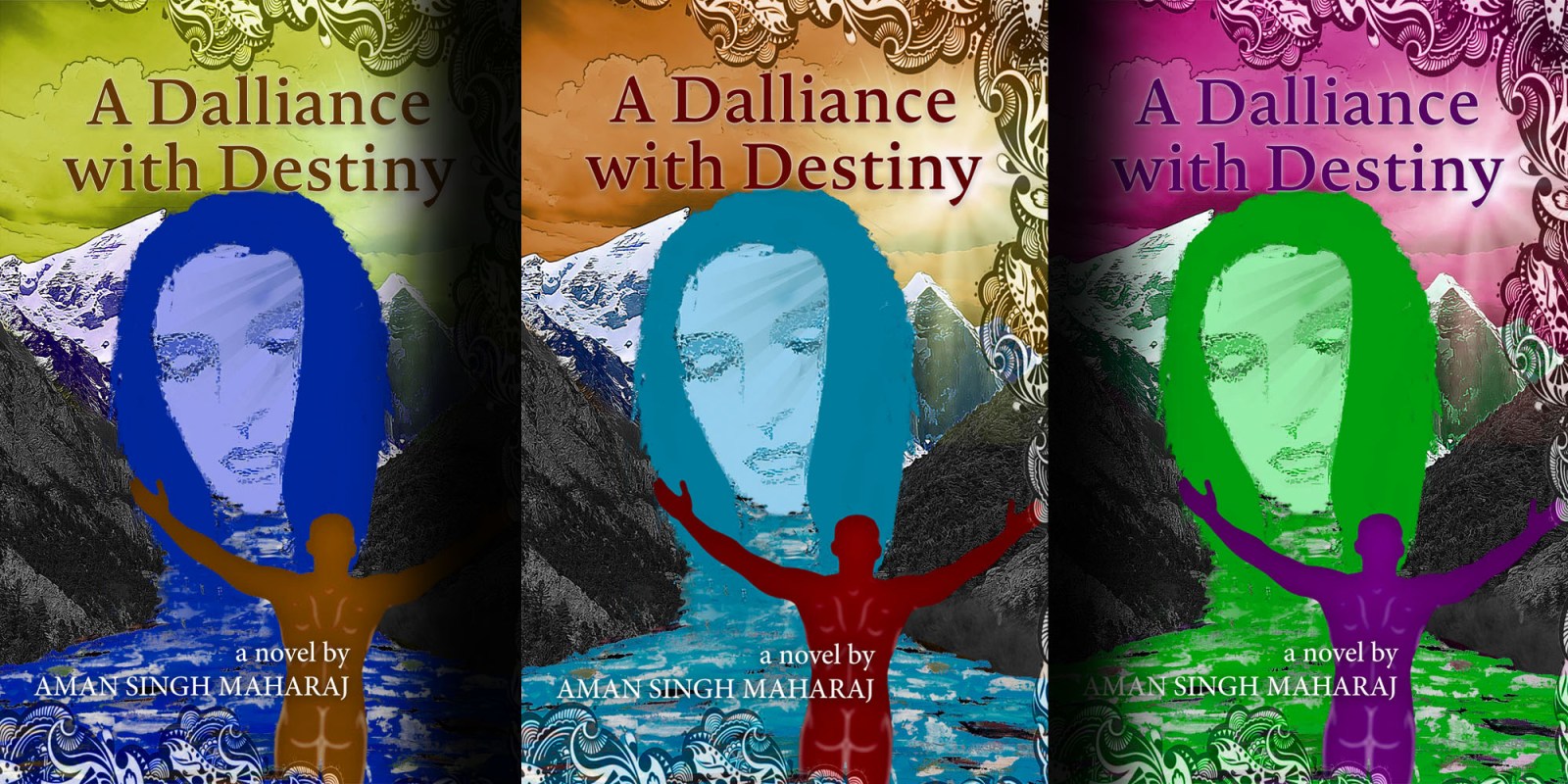 Aman Singh Maharaj’s debut novel is a tale where the protagonist scales the borders of sanity and material depravity in his higher spiritual quest. Maharaj is an exceptional writer who has the linguistic mastery to weave through the darkest and deepest of human emotions.

Globally regarded as the language of commerce, English is largely a foreign, imposed language — even in Britain. Its origins are associated with Anglo-Saxon migrants from Germany, Denmark and Holland in the fifth century. Britain’s empire-building conquest since the 16th century then led to the global expansion of English. Colonial subjects were expected to understand the language so as to obey their masters’ commands.

Native subjects in the colonies were never really expected to be penning novels, let alone win awards. Post-colonial literature is a burgeoning field and often explores “the abusive power relationship between the coloniser and the colonised and the harm it does to both peoples within a historic context”.

In June 2022, Dr Aman Singh Maharaj (no relation to this writer) entered this terrain with his debut novel, A Dalliance with Destiny, published by Austin Macauley in London. More specifically, Maharaj’s work falls in the category of diaspora literature — defined by Payal Morankar as “something written by writers who live outside of their native land; and is characterised by nostalgia, longing, a search for one’s identity, and the continuous displacement of the self”.

The tragic hero in the novel, Milan Gansham, is “a secretly aspirant superstar, unsung hero and phantom saviour of his race”. However, in reality he is “a confused product of 19th and early 20th century émigrés from differing statuses… a bygone litany of low caste monikers… a gutter-level mix in his own self-deprecating head, of scavengers, farm labourers and leather workers… poor people, who were duped into leaving India to perform menial tasks for their English masters… In a very convoluted way, he [Milan] existed because of European Imperialism. This was not an easy thing to accept.”

Milan, “a glorified clerk”, was arguably unfairly dismissed by his employer in Durban, and “a lonely, unemployed divorcee was the latest crown of thorns in his list of epithets”.  Consumed by a constant feeling of inadequacy, he was “a mere Dalit boy who had aimed too high in life… this lowly dreamer with delusions of grandeur”.

Disenchanted with mere existence in South Africa, especially what is perceived to be reverse discrimination, Milan embarks on a journey of self-discovery to India, tracing his ancestral roots, hoping to meet his soulmate, understand the purpose of life, and achieve salvation — a tall order indeed: “It was a feeling that only a descendant who had a desire to know his roots, and had been displaced for generations, would understand.”

Reflecting his divided loyalty, in India however, Milan defends South Africa as “the powerhouse of the entire continent. A large engine at the bottom of the map of Africa. Pistons going up and down. Cogs spinning. Industrial smoke billowing… despite my ranting against it, I would never leave my own country. I have my sense of patriotism, believe it or not.”

Milan manages to locate his ancestral village, Kusmara, after an escapade with a Robin Hood-type dacoit. The inherent civil engineering skills of the author come in handy when he develops a system for the poor villagers to get access to water for all, including the Muslim community who lived in the periphery. Milan becomes “an accomplished and acknowledged hero for the first time” in his life. He regales his newfound extended family with tales of Zulu King Shaka, “the mightiest warrior that Africa had ever produced”.

After several “inconsequential women had blurred through” his life, including an intriguing tryst in Calcutta, in Delhi he meets and falls in love with Maya, who “was chaste like a Goddess… something divinely inspired. As if God himself had sanctioned it.” Medical intern, Maya (which means “an illusion”), “had a supernatural, haunting beauty, a princess who only dared to visit him in his dreams”, and had a hypnotic effect on him. Maya was the offspring of a cross-cultural marriage between a Kashmiri Pandit father and an Iranian Zoroastrian mother.

However, there is a twist in the fairy tale love story because of a connection between an ageing Pathan, Shahenshah Liaqhat Khan and Maya. Khan had lost his wife and son in the Post-Partition Riots of 1947. This propels Milan towards his ultimate spiritual quest along the route to the source of the Ganges River.

The sacred Ganga metamorphoses into a woman “who beckoned Milan with the twist of her limbs, the arch of her flow, the voluptuousness of her meandering coil. If an earthly love was not to be his destiny, then a river Goddess was to be the replacement, one who could nourish the dry earth of the Motherland and bring millions of devotees to her bosom, to bathe in her cool oasis.” Milan’s physical and mental states decline as he yearns for the spiritual world beyond life.

There are some salacious descriptions of Milan’s amorous trysts in South Africa and India, and liberal use of expletives — but all in context, and, as a Swami in the holy city of Varanasi advises him: “…the temptation of desire will always be there, but our resistance is what actually elevates us”. Perhaps reminiscent of Mahatma Gandhi’s experiments with truth?

There is also a mind-bending, drug-induced trip in Goa and a guilt-ridden experience with hashish in Kashmir. At times, Maharaj plays around with the reader, making one wonder whether the protagonist is reprehensible or simply a flawed martyr.

Anecdotal vignettes — memory flashbacks, dream sequences, and an eccentric best friend — are all used to retrace Milan’s grandfather’s journey from India. There are several themes and sub-themes that are skillfully interwoven: the challenges of indentured labour which was basically a form of slavery (and human trafficking); struggles against racism and discrimination; post-apartheid anxieties; quest for roots and identity; conflict with the indigenous community; religious tensions; self-discovery; soulmate relationships; and spiritual salvation.

Maharaj has penned a literary masterpiece, transcending the local and global, history and geography — all with extraordinary attention to detail across space and time, along a journey from the mouth to the Himalayan source of the Ganga. It is a tale where the protagonist scales the borders of sanity and material depravity in his higher spiritual quest. Maharaj is an exceptional writer who has the linguistic mastery to weave through the darkest and deepest of human emotions.

Brij Maharaj is a geography professor at the University of KwaZulu-Natal and an executive member of the South African Hindu Maha Sabha. He writes in his personal capacity.