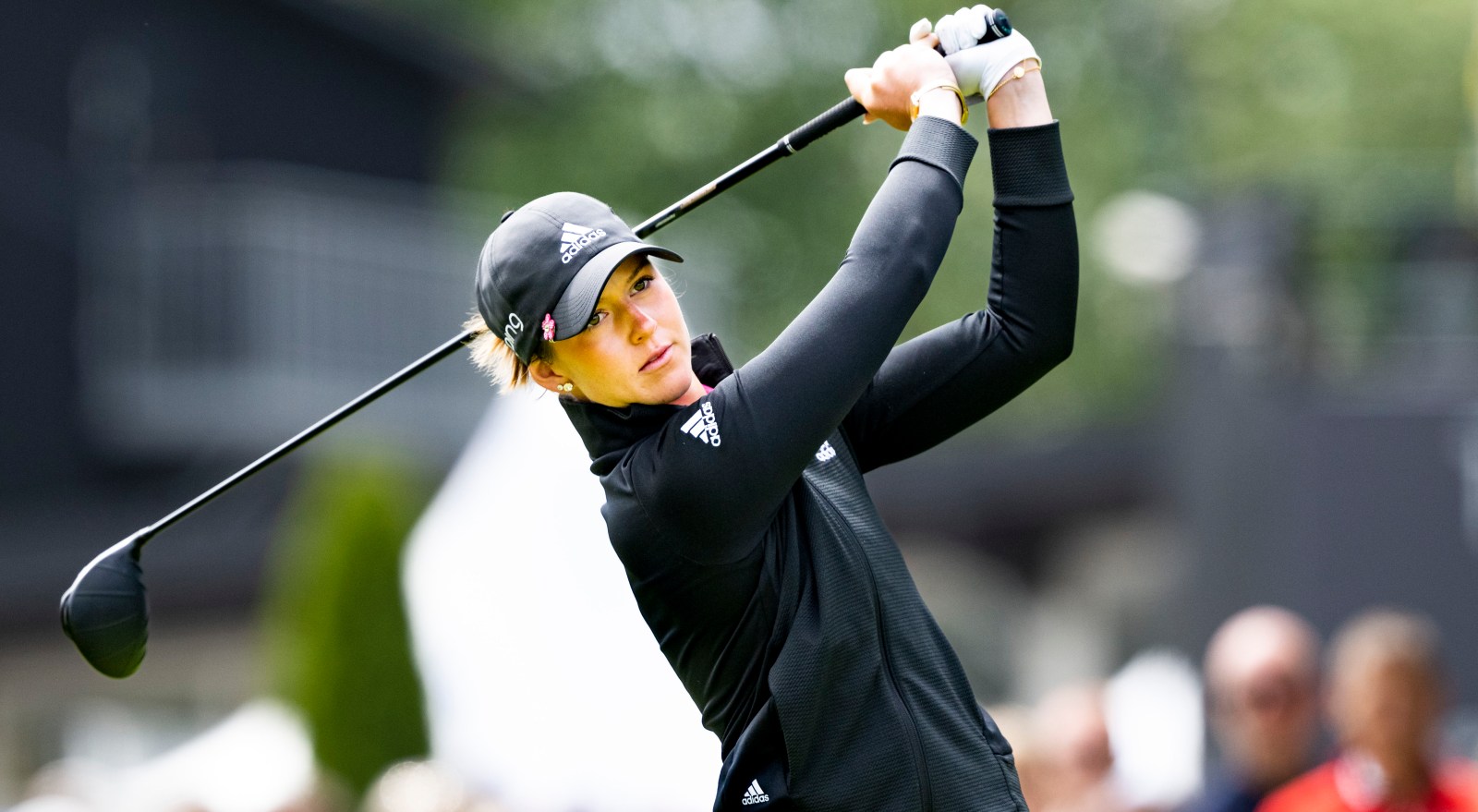 Linn Grant hits from first tee during the final round of the Scandinavian Mixed tournament at Halmstad Golf Club in Sweden on 12 June 2022. (Photo: EPA-EFE / Pontus Lundahl)

Swedish golfer Linn Grant’s rise can be traced back to her hat-trick of victories on the Sunshine Ladies Tour in South Africa.

Linn Grant made history on 12 June when she became the first woman to win on the men’s DP World Tour (previously the European Tour).

The Swedish golfer came in 24-under at the Scandinavian Mixed, nine ahead of Scotland’s Marc Warren and compatriot Henrik Stenson at the Halmstad Golf Club inb Sweden to claim the title.

Linn hopes that her historic victory brings a new audience to the women’s game, after becoming the first female winner on the DP World Tour.

“I just hope that people recognise women’s golf more, sponsors go to the Ladies European Tour and hopefully this pumps up the women’s game a little bit more,” said Grant after her victory.

Playing alongside male counterparts over the same course, albeit teeing off from different positions, for one prize fund, 22-year-old Grant pulled clear of the field with a brilliant bogey-free 64 on the final day in Sweden.

“I didn’t see it [the lead] until the 13th green, where the screen was, and it was a little bit [of a shock]. I thought maybe three or four ahead, but then when I saw eight I was like I can actually breathe out a little bit and go on and do my thing,” she said.

When asked how much the thought of beating the men was a motivating factor, Grant added: “For sure, that was the most important thing. It’s a nice feeling and all week I’ve just felt it was the girls against the guys and whoever picked up the trophy was representing that side of the field.”

It has been an incredible past 12 months for the 22-year-old, who was still an amateur when she finished tied-18th in 2021’s contest, and only turning professional last August after completing university studies at Arizona State in America.

The Swede secured professional status on both the Ladies PGA Tour and Ladies European Tour (LET) late in 2021 and then headed to South Africa early in 2022, where she claimed two victories on the Sunshine Ladies Tour before securing her first LET win in the co-sanctioned Joburg Ladies Open.

Grant’s hat-trick of victories in South Africa in 2022 – claiming success in the Sunshine Ladies Tour’s Dimension Data Ladies Challenge and Jabra Ladies Classic in February as well as the Joburg Ladies Open in March – was her first start as a full member.

“It’s always nice to get a win; it feels amazing,” said Grant after her victory in the Joburg Ladies Open on 26 March.

“It was great to come to the Sunshine Ladies Tour before the LET season began to make the most of the good weather and get some practice in.”

“What a performance,” Sorenstam said. “I’m so excited and so happy for Linn. She has played very well, running away from the field, but it has been nice to see her up and play really solid golf. This golf course is not as she has made it seem.

“This shows that we can play against each other in a fair competition and I hope we can use this and people see the quality of women’s golf – Linn couldn’t prove it any other way.” DM