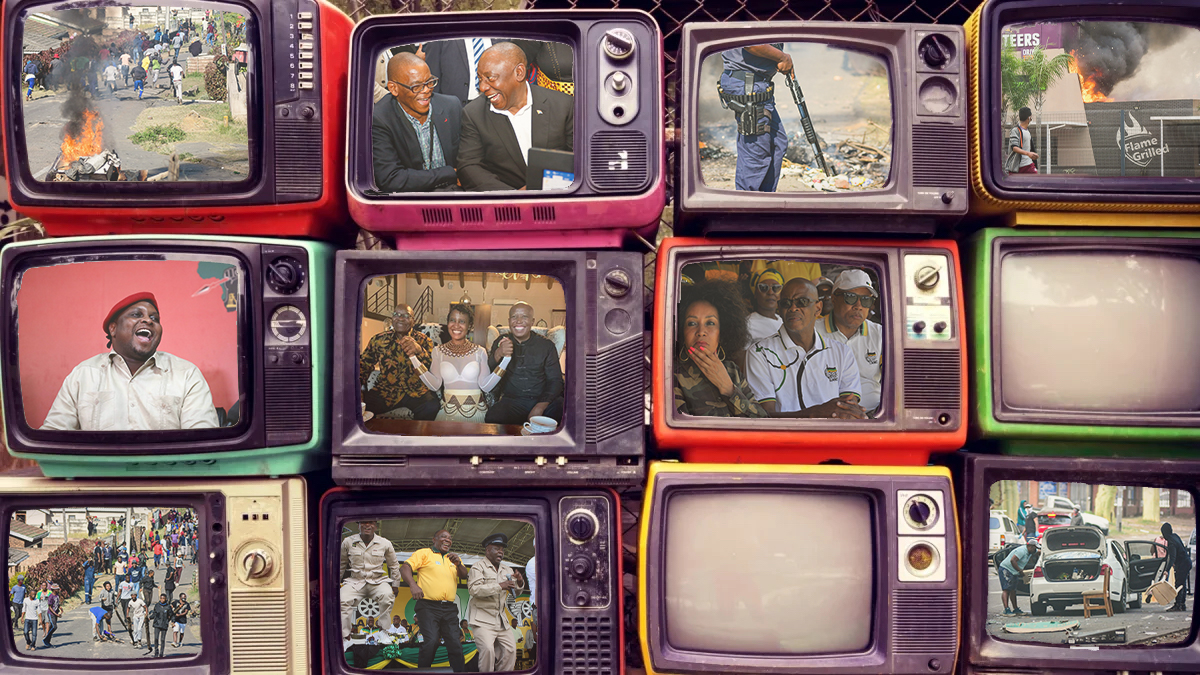 I love a plot twist as much as anybody, but if ‘The South Africa Show’ is to be renewed for another 28 seasons, the writers should consider toning it down a bit.

I trust this email finds your creative juices overflowing.

First, let me congratulate you on your phenomenal writing over the previous 27 seasons of The South Africa Show (TSAS). Year after year, you have kept me glued to my screen. After last July’s fiery season finale, I panicked that you would run out of ideas and the show would be cancelled forever. But, based on what I’ve seen so far in season 28, I have to say that you’ve outdone yourselves. However – and please don’t think me too forward – I would like to give you some constructive criticism. I trust you will receive it in the positive spirit in which it is given.

I have some concerns about this new spy vs president plotline. I’m sure you’re familiar with the concept of deus ex machina. It is also called “god out of the machine” and it refers to the use of an unbelievable plot device to resolve a seemingly unsolvable problem in a story. A sudden and abrupt resolution by an unexpected and unlikely occurrence, serving no other purpose than to push the plot forward. In my humble opinion, it is a lazy writing technique. Audiences can only go so far to suspend disbelief, and your writing in some instances is simply unbelievable. Tone it down a bit before you go too far.

A case in point: one of your recurring characters, Mr Arthur Fraser. You had him working as the country’s spy boss in seasons 23 and 24, but then you introduced a new president in season 25, who fired him from his post and put him in charge of the prison system. Then somehow, the guy who played the president in seasons 16 to 24 lands up in prison, and lo and behold, the man who was once his spy boss manages to get him out of prison for unexplained health reasons.

Listen, I love a good plot twist but I’m sorry, this one beggars belief. There’s just a little too much god in your machine. Have mercy on my neck, I can’t deal with the whiplash. Greater shows have managed to get themselves cancelled because of these kinds of ludicrous plot twists.

I’m also a bit on the fence about this idea of a president who hides money in a couch and a housekeeper who finds it and works with a gang of robbers from a neighbouring country. Then somehow she gets caught, interrogated and rewarded with a sizable splodge of wonga and gets to keep her job. It’s starting to sound like a Mafia movie.

I get it that crime pays in the movies, but please, make it a little more believable. Also, as we all know, in the digital era, money takes the form of digits on banking apps. It is rather hard to believe that a 2022 president who is not some sort of Mafia boss would store untaxed millions in a couch.  Apparently, you would also have us believe that this buffalo-trading cash-loving president also regularly gives top jobs to enemies who seek to take him down. Please take it down a notch, especially when it comes to writing your president characters.

I could still believe you when you had the Mbeki character leave the presidency before his time was done. I was even okay when you repeated that president-stepping-down-early plotline for his successor. But now, seemingly, you’re building towards removing the new president character a bit early again. This is far too much repetition. Three elected presidents? All stepping down early? What kind of bizarre dysfunctional country are you writing about in this show?

I could suspend disbelief when you wrote that plotline about three brothers from India somehow running a shadow government and taking over a country. As outlandish as it is, I could even buy ideas such as half the country being unemployed, and large swathes of its society doing without basic services such as water and electricity. I got behind the idea of that Yengeni character who got convicted and imprisoned for fraud in season 10, only to return in season 25 as the governing party’s chairman of the crime and corruption committee. It was a helluva twist, but I’m always happy to see an actor return to a show and make a living.

I even forgave that multiseason storyline about a stadium built for R140-million, never being used, then torn down for R84-million, in a country where the overwhelming majority lives on or below the poverty line. Sure, I can’t imagine these things happening in a real country that takes itself seriously, but this is fiction. Still, three presidents in a row, from the same organisation, not completing their presidential terms is a bridge too far. Maybe I need to brush up on my history, but I seriously can’t think of a country that this has happened to in recent history.

That said, you guys are the experts here so I’ll leave it to you. I have no doubt that you will clear these minor glitches in your scriptwriting room. As always, I’m a big fan of your stuff, and I cannot wait to see how the show unfolds as you work towards this season’s finale, the election episode.

Lastly, and please forgive me for this, but I’d love it if you could confirm a couple of rumours for me. I hear that you might be bringing back the Gupta brothers for a reunion episode. Please say it’s true. Where will you be shooting this episode? As an idea, I think it could be great if you found a patriarch in rural KZN, just to show off the country a bit. Maybe a property with a fire pool, just for safety reasons. Speaking of which, I’m still bummed that fire pool never really took after you introduced the idea in season 19. Please work it into the reunion episode. I think it might just become a thing this time.

I’ve also heard that you might be bringing back some characters from previous seasons for a spinoff show called The RETrace. I can’t wait! It sounds like it is going to be absolutely amazing. I sincerely hope you’ll take my advice when you start writing that one and make it a bit less whiplashy, a bit more believable. Do it for the sake of this fictitious country’s citizens. With all of these crazy plotlines, I can’t imagine what kind of continuously traumatised people they would be if this were real life. I for one would feel completely helpless.

In case you missed it, also read Gwede Mantashe is the disciplinarian South Africa needs