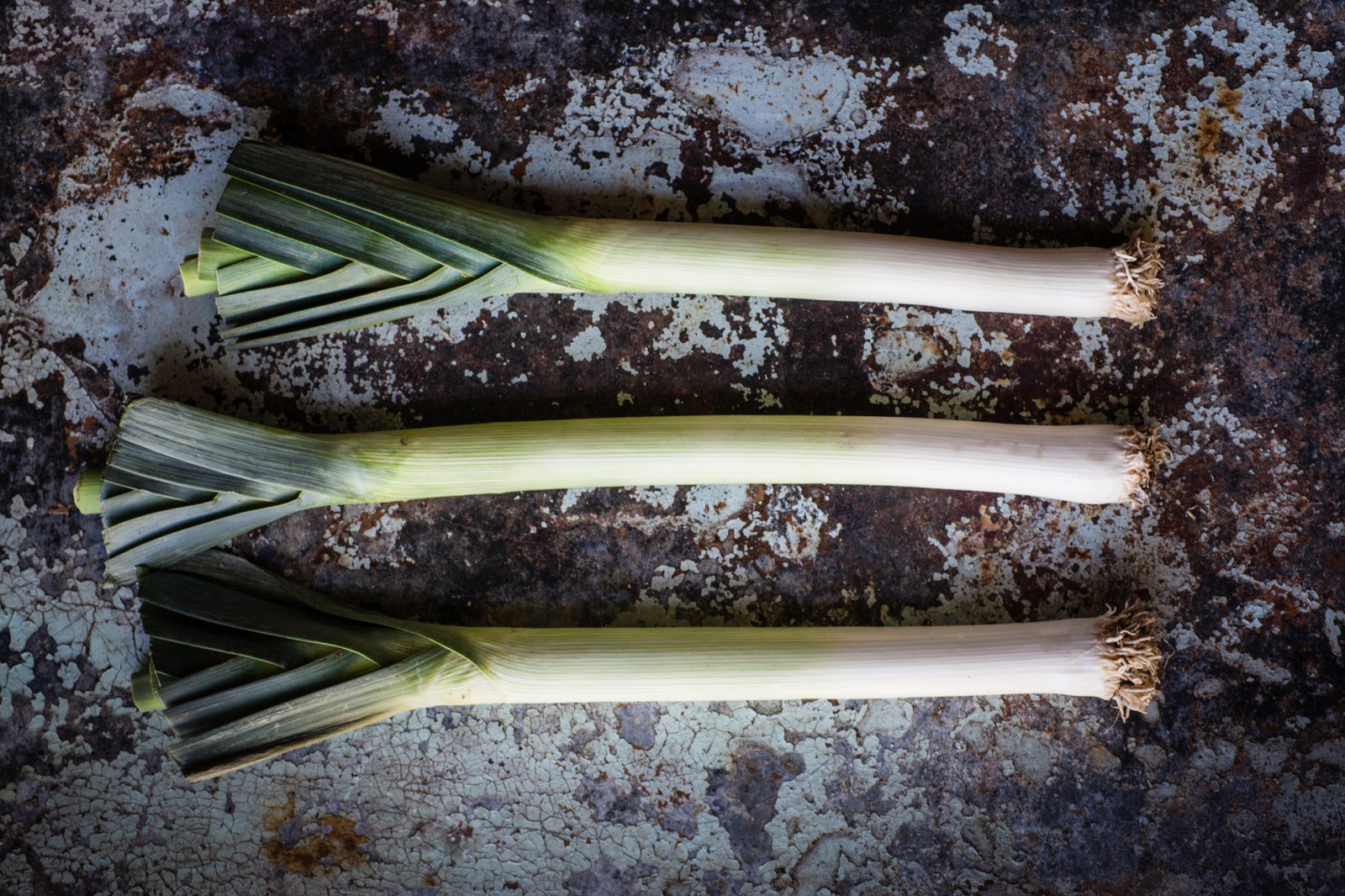 Leeks pair well with cheese so are ideal for being gratinated or used as a key ingredient in a vegetable tart or pie with cheese. (Photo: Heather Gill on Unsplash)

Onions are sharp, garlic pungent, but if it’s subtle flavour you want, look no further than the leek.

The etymology of words is endlessly fascinating. “Lēac” is the Old English (but of Germanic origin) word for onion. Garlic also derives from the word (garleac) and so, of course, does leek.

Romans in ancient times thought them superior to both garlic and onions. Apicius, the legendary cookbook of the 1st Century AD, contains four leek recipes, and the young Emperor Nero, when he wasn’t cavorting, murdering politicians or famously fiddling while Rome burnt in the warm July of 64 CE (which is most likely apocryphal, says Wikipedia, the fiddling part, that is; the fire really happened), loved to eat raw leeks which he thought good for his voice.

Moving further west, so prized are leeks in the country with which they are most closely associated that a leek has represented Wales on British one-pound coins, in 1985 and 1990 and, in 2013, in tandem with a daffodil, which is known in Wales as “Peter’s leek”.

The leek has even been worn into battle, purportedly having been attached to helmets in order for the soldiers of St David, the Patron Saint of Wales, to be readily identifiable as Welsh. Even Shakespeare, in Elizabethan times, wrote of Henry V sporting a leek, “for I am Welsh, you know, good countryman”. The Bard referred to the wearing of a leek on a soldier’s helmet as an “ancient tradition”, and the Historic UK website goes deeper, writing: “It is indeed likely that the Welsh association with the leek predates St David by hundreds and possibly thousands of years, to an age when people worshipped trees, plants and other such aspects of Mother Nature. To an age before Christianity, and perhaps to the last stronghold of the Druids on the Island of Anglesey.”

Today the leek is proudly represented in the little headwear badges of Welsh soldiers, although the daffodil (that “Peter’s leek”) is often favoured now to be worn on helmets and the like, probably because it just looks and smells nicer. Nobody seems to know who Peter was.

Leeks were also, says Historic UK, “a tasty, healthy ingredient in cawl, the traditional Welsh broth” when it wasn’t useful in foretelling the future and warding off evil spirits. Cawl Cymreig (literally “Welsh soup”), Wales’ national dish, is a traditional lamb broth made with lamb (sometimes beef), plenty of bacon, potatoes and root vegetables and resembles a chunky stew more than a soup. It is so substantial that often the broth is poured off to be served first, followed by the meat and vegetables. Today, cawl is often made with lamb and leeks.

Further north, the Scots have their cock-a-leekie, a peppery soup of leeks and chicken stock (the “cock”), which traditionally also contained prunes, sometimes bacon. Wikiedia tells us that, “While it is called ‘Scotland’s National Soup’, it probably originated as a chicken and onion soup in France. By the late 16th century, it had made its way to Scotland, where the onions were replaced with leek.”

In Italy, where they’re called porri, you’ll find them in many a risotto or  baked with Parmesan; in France they’re braised in olive oil and served with a beurre blanc (butter sauce). In Portugal, leeks à brás are braised with olive oil and onion, then served with tiny fried potato chips and tossed in beaten egg and chopped parsley on the heat; black olives are sometimes added. In Greece, prasorizo combines leeks with rice.

Ancient Romans, as referenced in Apicius, braised leeks in olive oil and vinegar with mustard seeds, and I’m going to be trying them like that; it sounds delicious.

Popular across the Middle East, leeks are found braised with carrots in Turkey (Zeytinyağlı Pırasa), in Sephardic leek patties, in a Lebanese minced beef and leek stew called kurrat, or in Egypt as korrat, cooked with garlic and sugar and served either cold or hot.

Leeks, which contain 83% water but are notoriously full of grit, must be washed thoroughly before use, because the way they are grown causes their sheathed leaves to retain lots of sand. The traditional way to deal with them is to slice off the root end, then slice the other end near the end of the “white” part just before the leaves turn darker green, discarding the cutoffs. Then make two cross-slits at the end opposite to the root, and run cold water through that while rubbing the leaves with your fingers. I find that this gets rid of all excess sand. Alternatively, slice the remaining parts lengthwise and soak them in water, then dry them.

Leeks pair well with cheese so are ideal for being gratinated or used as a key ingredient in a vegetable tart or pie with cheese and, say, courgettes. They can be served cold (cooked and cooled) in a vinaigrette.

Baby leeks are great for caramelising (with a little honey or sweet soy), and fully grown ones are used for our family favourite of creamed leeks, cooked in chicken stock first, seasoned with salt and white pepper, and finished with cream which is reduced gently until thickened. That dish has accompanied many a roast dinner in the Jackman household.

Here’s another way I cook them: in a leek, bacon and potato bake, topped with caramelised leek swirls. DM/TGIFood