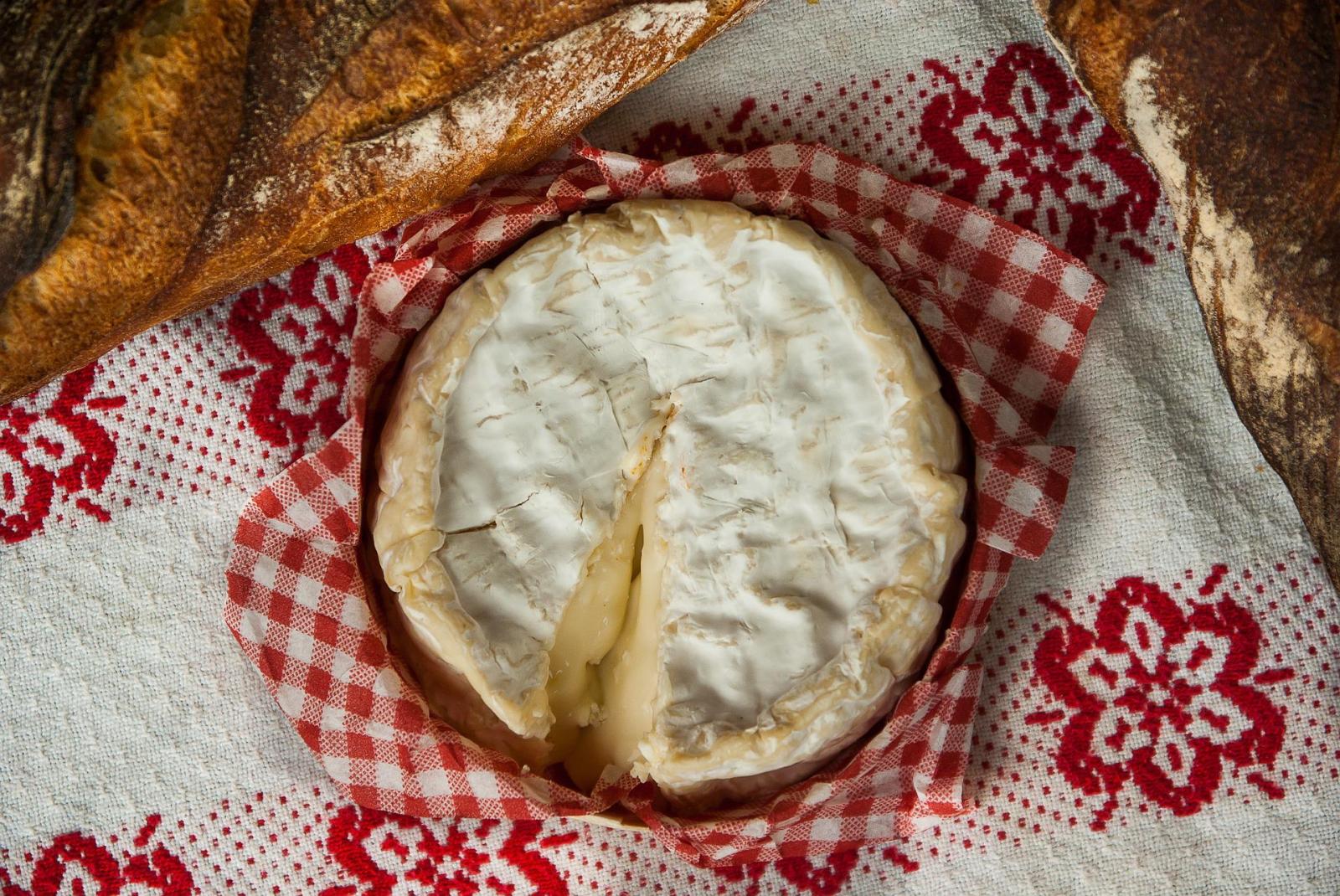 Creamy, nutty, luxurious, world famous. And even better when baked.

Camembert or Brie; what’s the difference other than one being round and the other often sold as a wedge? Do they smell the same, taste the same? And which, like the chicken or the egg, came first? This column is best served with this recipe.

The answer to the last question involves the small matter of a thousand years. Brie is thought to have existed since the 8th century; Camembert surfaced in 1791 at the earliest, though some sources place it in the 19th century.

Brie is milder and regarded as more refined. Says the Président website, and they seem to know a few things about cheese, “Brie is famous for pairing a mild flavour with a luxurious texture. It has a soft and creamy mouthfeel that has earned it a worldwide reputation. Camembert’s taste is deeper and slightly more intense. It is often described as earthier than Brie. Texturally, it is found to be denser, while Brie is a little bit softer.”

The history of Camembert is not entirely clear. It was “reputedly” first produced in 1791 by a Normandie farmer called Marie Harel, according to Wikipedia, along with one Abbot Charles-Jean Bonvoust. Harel had worked as a cheesemaker at Beaumoncel manor and made Camembert cheeses in the regional way. “Her main contribution was to have initiated a dynasty of entrepreneurial cheesemakers who developed the production of Camembert cheese on a large scale, notably her grandson Cyrille Paynel, born in 1817, who created a cheese factory in the commune of Le Mesnil-Mauger in Calvados at France.”

Note that date, 1817. Because Wikipedia goes on to say that the “origin of the cheese known today as Camembert is more likely to rest with the beginnings of the industrialisation of the cheesemaking process at the end of the 19th century”. Read: late 1800s. But what the online encyclopedia seems to mean by this is that Camembert in those now famous little boxes was introduced in 1890 when “an engineer, M. Ridel, devised the wooden box that was used to carry the cheese and helped to send it for longer distances, in particular to America, where it became very popular”.

But in its biography for Marie Harel, Wikipedia notes that “since the end of the 17th century [that’s the late 1600s] a renowned cheese was being produced in the Camembert region of Normandy. In his Geographic Dictionary, published in 1708, Thomas Corneille wrote: ‘… every Monday a large market is held, to which are brought excellent cheeses from Livarot and Camembert’.” However, Wikipedia continues, “according to a later legend which appeared at the beginning of the 20th century, the invention of Camembert cheese was attributed to Marie Harel who would have benefited from the advice of a refractory priest, Abbot Charles-Jean Bonvoust, who was hidden in 1796–97 at the Manor of Beaumoncel where she worked. Supposedly, he was a native of Brie and passed along to Marie a recipe for a kind of cheese with a bloomy edible rind, such as was produced in his native area. In reality, Bonvoust came from Pays de Caux. This apocryphal story, for which there is no evidence, is still often accepted as true.”

Isn’t that a lot of detail for something apocryphal with no evidence?

That white mould we all know in both Camembert and Brie, so familiar and expected, was not white until the mid-1970s. Wikipedia again: “Before fungi were understood, the colour of Camembert rind was a matter of chance, most commonly blue-grey, with brown spots. From the early 20th century onwards, the rind has been more commonly pure white, but it was not until the mid-1970s that pure white became standard.”

The best characteristic the two cheeses have in common is that they are both delicious when baked. They can take both savoury and sweet additions, herbs and garlic suit them well, they go nuts for nuts, and pair well with fruity preparations, whether chutneys, relishes, jams or preserves.

There is little in any cuisine, anywhere, more luxurious than a pot (or that little box it often comes in) plucked out of the oven, the contents melted into a wondrous molten delight, just waiting for your to scoop some onto toasted bread or crackers, or to dip a piece of vegetable in such as a curl of endive or a celery baton.

In our South African milieu, we’re blessed with so many relishes and preserves. On any shelf of a farmstall the length and breadth of the country, almost anything on those little jars can be brought out to enhance baked Brie or Camembert. Honey, pomegranate syrup, makataan, green fig preserve (my favourite for a molten cheese), citrus preserves; just fling some of those jars into your basket and get them home for your next cheese bake.

Savoury flavourings pair well too. This week I baked a Dalewood Winelands Chef’s Camembert with fresh rosemary and studded the cheese round with thin slivers of garlic. (Dalewood has introduced a new online shop called Kaas Club which is where I sourced this cheese; details at Dalewood Fromage.) A drizzle of olive oil over the top and it was in a 180℃ oven for 15 to 20 minutes. There’s no “cooking” as such to be done, it’s really just about melting the cheese while it takes on the flavours of the herb and garlic. But I brought in other things to serve it with: red onion caramelised with dried cranberries, some good quality balsamic vinegar cooked down into an intense, sweet nectar, toasted almond flakes, and pears poached in a ridiculously delicious fortified wine from Calitzdorp. I know I know, I did say that great wines are not for cooking, but rules are made to be broken, and this wine was calling to me, beseeching me, to pour it into the pot. DM/TGIFood