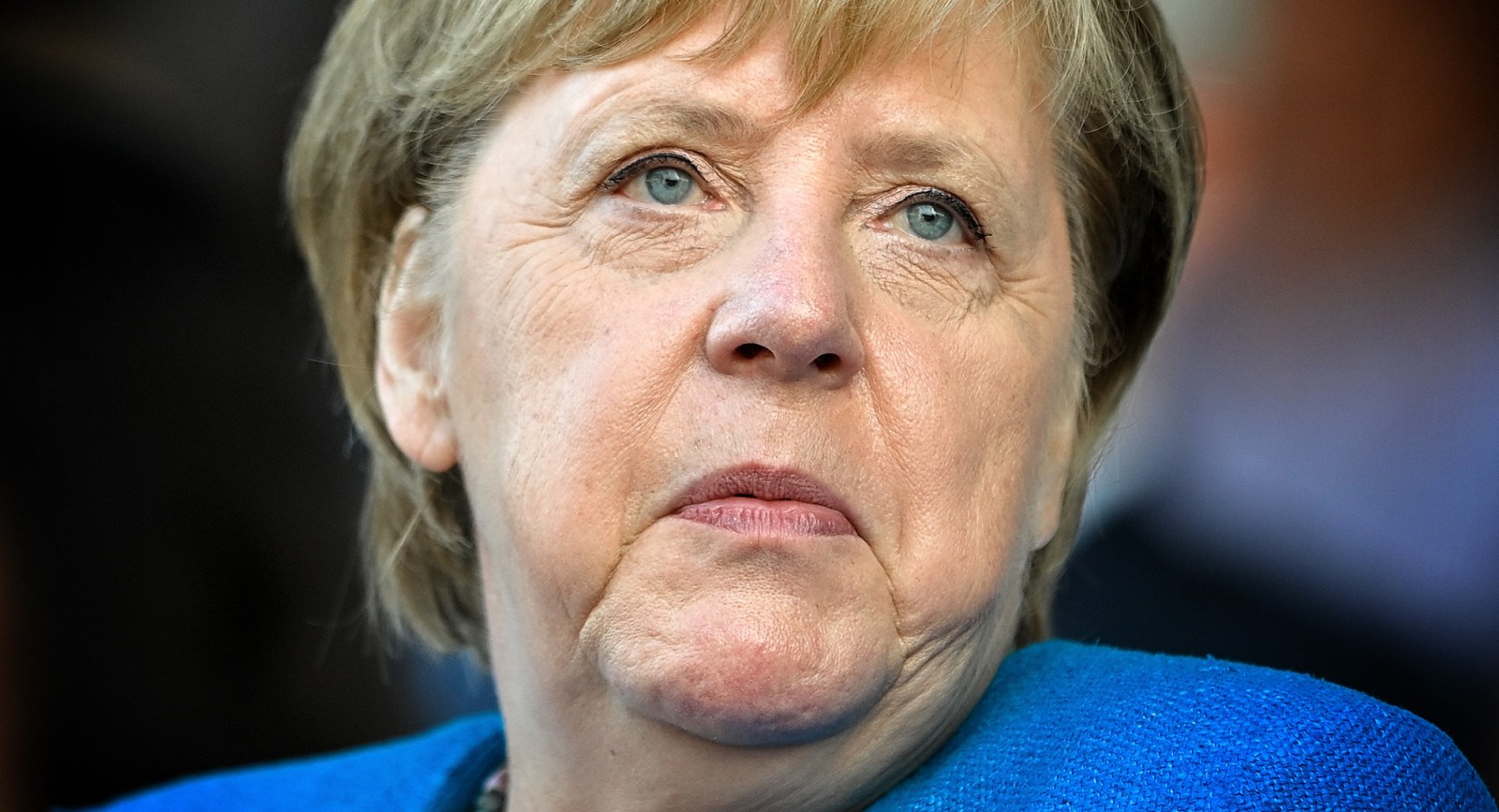 At a private event organised by a labour union group, the former German chancellor condemned Russia’s “barbaric war of aggression” and spoke about a “profound break” in Europe’s post-war history.

Angela Merkel warned that isolating Russia isn’t possible long term even if President Vladimir Putin made a “big mistake” by invading Ukraine in the former German chancellor’s tentative return to the public arena.

“There’s no excuse for this brutal aggression,” the 67-year-old said on Tuesday in an on-stage interview at a theatre in central Berlin. While she has remained active behind the scenes, it was her first public appearance in front of a larger audience since leaving office in December.

She broke her silence on the war in Ukraine last week for the first time since President Vladimir Putin ordered the attack three months ago. At a private event organised by a labour union group, she condemned Russia’s “barbaric war of aggression” and spoke about a “profound break” in Europe’s post-war history.

In the six months since stepping down, Germany’s prospects have drastically changed. Russia’s invasion of Ukraine has exposed Europe’s largest economy to a series of risks and raised questions about her policies, including underinvesting in Germany’s defense and building up a reliance on Russian energy imports.

Despite her lack of public profile, Merkel has stayed engaged behind closed doors. Shortly after Russia’s invasion of Ukraine on Feb. 24, she repeatedly called Putin’s office and talked to the Russian leader about a possible cease-fire, according to a person familiar with her schedule.

The dialog wasn’t a rogue effort like a March trip to Moscow by Merkel’s predecessor Gerhard Schroeder. Chancellor Olaf Scholz was aware of the calls and was regularly briefed about the results, said the person, who asked not to be identified because the discussions were private. Putin stopped returning Merkel’s phone calls about six weeks ago, the person said.

Asked whether she had interacted with Putin on Tuesday, she dodged a direct response, saying she wouldn’t do anything that government didn’t ask her to do.

The event in the Berliner Ensemble theater — which was founded by Bertolt Brecht and is in walking distance from Merkel’s private apartment — has been sold out for weeks, reflecting enduring interest in the former chancellor after her 16-year tenure ended.

Merkel said she’d been spending time on the Baltic coast and listening to audio books, and made it clear that she wasn’t going to return to active politics, saying that she has “complete trust” in Germany’s current political leadership.

Merkel’s only other foray into the public sphere was in April to respond to criticism from Ukrainian President Volodymyr Zelenskiy, who accused Merkel of being partly responsible for the invasion by preventing Ukraine’s NATO accession in 2008.

Her office issued a written statement defending her decision at the time and voicing support for all attempts by the current German government to end the war. On Tuesday, she laid out her reasons for preventing Ukraine from joining NATO, saying the country wasn’t yet ready for the step because of internal divisions and extensive corruption.

She added that the move also would have been equivalent to a “declaration of war” for Putin, echoing the fear of escalation voiced by Scholz. Despite the NATO rejection, she said she always supported Ukraine.

Scholz has regularly asked Merkel for advice, people with knowledge of the matter said. The former and current German leaders seem to have come to the same conclusion: Germany should support Ukraine in its fight against Russia, but avoid a scenario in which Putin would be cornered.

Scholz has recently emphasized that he wants to thwart Putin’s victory in Ukraine, but has stopped short of saying he wants Ukraine to win. The less confrontational tone seems to continue Merkel’s cautious tradition.

When Putin annexed Crimea in 2014, she tried to work out a diplomatic solution, rather than risk military confrontation. Already at that time, Merkel was concerned about the outbreak of a nuclear war if tensions escalated, the person familiar with Merkel’s thinking said. It’s a concern that Scholz himself has raised.

After the annexation, “it was clear to me that we weren’t dealing with somebody who wanted to wish us well,” Merkel said. “Still, I can’t remove him from the world.”

Noting the country’s size and its nuclear arsenal, she defended engaging with Putin during her tenure and warned of the risks of Putin forming an alliance with China, if he gets boxed in.

“If Russia now cooperates with China,” she said, “I’m not sure that this will end well for us.”