Divided we tweet: A flood of lies this way comes and wi...

Divided we tweet: A flood of lies this way comes and will tear us apart 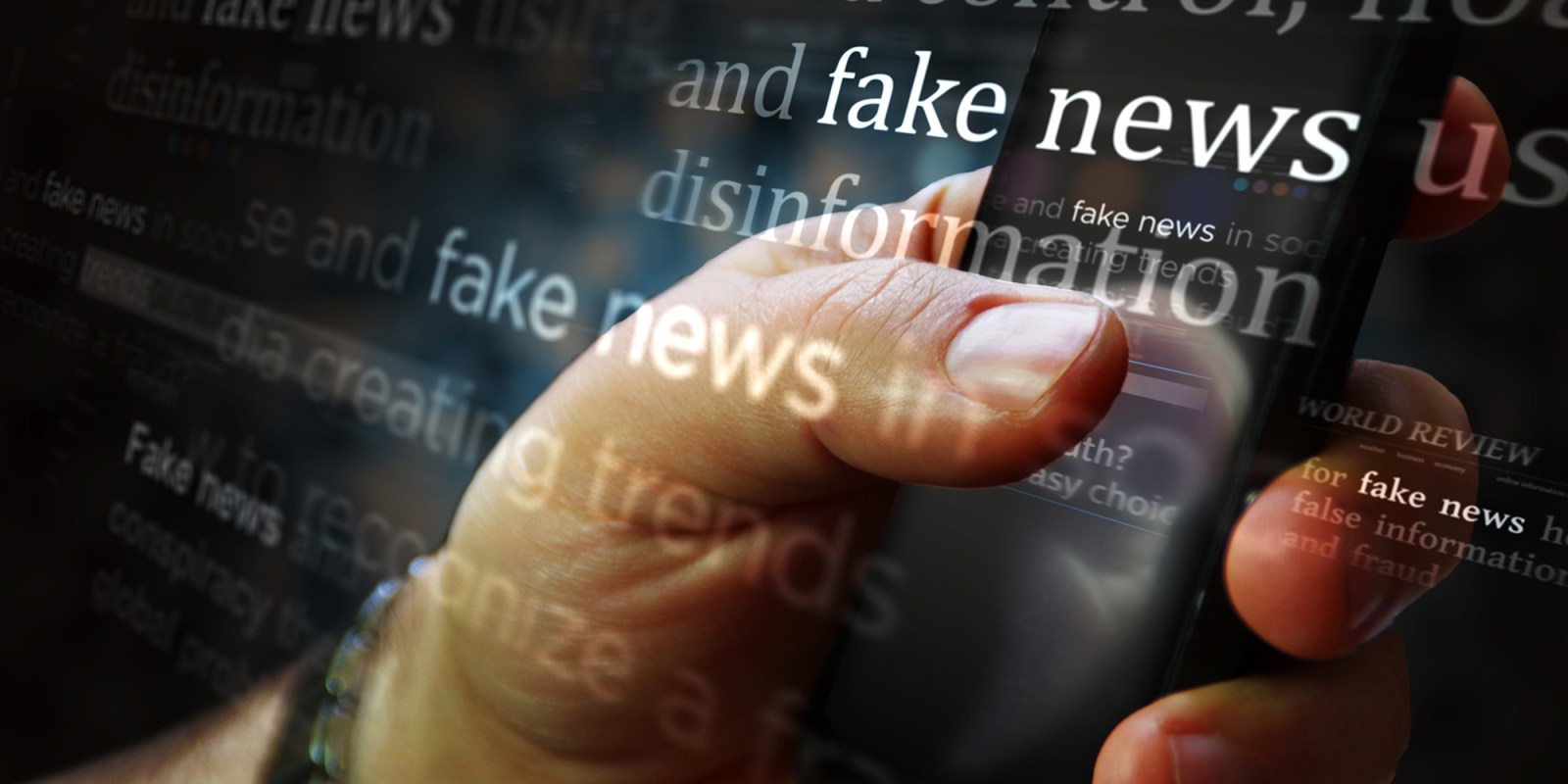 Arthur Fraser’s accusations over President Cyril Ramaphosa’s forex theft scandal mark the probable beginning of a period in which our political contestation will reach new heights of dirt and dishonesty, where ever more lies are spewed out daily.

A similar event to what we are witnessing now in Arthur Fraser’s accusations over President Cyril Ramaphosa’s forex theft has occurred before: there was much disinformation in the run-up to the ANC’s 2017 Nasrec conference.

However, while there will be claims and counterclaims, and lies and untruths spoken towards December, it is also likely that it will not end up there, because of the 2024 elections and the fact the ANC appears to be becoming weaker and more vulnerable. And due to the incredible stress that’s felt daily by our entire society, many ordinary folks may choose to believe those lies.

(Those with the experience of our recent past, may in fact be less likely to believe this deliberate disinformation, though they could be in a significant minority.)

As a country that can sometimes appear to be a collection of people held together by a massively unfair and unequal economy, we are in serious danger of not always agreeing on a common set of facts. People, cultures and communities sometimes have very different views, interpretations and understandings of our history and do not always agree on what actually happened.

This is both a consequence and a driver of many of the divisions between us.

So precarious is our national identity that Jonny Steinberg recently suggested that “only one idea has proven powerful enough to anchor SA identity, at least among those who are poor and black: the idea that one experienced apartheid, or that one’s parents did, and that one is therefore owed redress”.

When a national identity is that precarious, it makes it a fertile ground for those who lie, who twist facts and spread conspiracy theories.

The rise of social media, and, in particular, WhatsApp groups which are impossible to assess, has greatly helped in this.

Just as some 15% of the US population believe in the QAnon insanity, some people in South Africa have believed everything published on WhatsApp groups arguing against Covid-19 vaccines and for magical snake-oil cures like ivermectin.

There is also a strong link between our politics, and ANC conferences in particular, and the number of political lies being told.

During 2017, there was an entire television news channel owned and controlled by the Guptas, dedicated to influencing the outcome of the ANC’s conference. When the brothers Gupta “sold” the channel, Mzwanele Manyi took over before it was finally closed. Manyi went on to become the spokesperson for the Jacob Zuma Foundation, which does not appear to conflict with his other job as the head of strategy for the African Transformation Movement.

The Independent group has served as the loudhailer for the business and legal interests of its executive chairman, Iqbal Survé, with the government having to issue a statement in order to “dismiss the falsehoods and fake news peddled by the owners, editors and ‘journalists’ of the Independent Newspapers group, who are determined to advance anti-democratic political objectives in and outside of Government, by regularly misleading the public”.

On Twitter, spam accounts, bots and trolls regularly attack politicians, journalists and everyone else who is seen as against, or not sufficiently supporting, the RET agenda.

It is likely that all of this cacophony is going to reach a new intensity in the coming months: there is so much powerful incentive to lie – the leadership of the governing party and probably the Presidency is at stake.

After the 2017 ANC elections, as the Gupta empire was rolled back, there appeared to be a lessening of intensity in this lying. But that may not happen this time around, after December, because the 2024 elections are so important.

Added to this is the sheer volume of people with a personal political agenda who have something to gain from breaking the law and getting away with it.

One of the striking features of the Ramaphosa forex theft scandal is that the legal proceedings originated from Arthur Fraser.

As a person with an axe to grind, and as former president Jacob Zuma’s spy boss, Ramaphosa could claim that he was simply the victim of Fraser’s political agenda. This may have worked with some voters.

A report by amaBhungane, though, shows that much of what Fraser has claimed is true.

This may turn out to be an important case, where a person with information and an agenda was the instigator.

That information was being interrogated by journalists, until amaBhungane was able to show what was verifiably true.

Now, voters have a version from a politician and a version from an independent journalism organisation. And this is why the amaBhungane report has such power: it has acted as a verifier in this case.

As a thought experiment, it may be worth asking what would have happened if there had been no amaBhungane report. Then, absent any other verification, Ramaphosa and his supporters may have been able to limit the damage, by simply turning on Fraser.

They cannot do this after the amaBhungane story.

As our political temperature will steadily increase over the next few years, the kind of role played by independent journalism in South Africa will become even more important.

There is evidence that the stress on our society is growing. At least one analyst has suggested the dramatic increase in the number of murders and contact crimes in data released last week is a result of this increased stress.

As people become more desperate it may also be that they are easier to lie to.

There is at least one example of the consequences of this false belief.

Because so many voters believe that there are millions of foreign nationals “stealing” the jobs of South Africans, the Cabinet has decided to end the Zimbabwean Exemption Permit.

But instead of there being “millions” of Zimbabweans in our country, Statistics South Africa believes that there are around 1.25 million foreign nationals who are economically active. This is likely to have negative consequences for many people and to lead to huge social disruption for families, children and many people in our society.

And it is obvious that the institutions that are supposed to enforce the law around this are failing. People who lied and incited violence during the 2021 riots in KwaZulu-Natal and Gauteng are still tweeting freely and merrily.

One of those criminally charged, Ngizwe Mchunu, is still close enough to power to have been part of an event with KZN Premier Sihle Zikalala this weekend and to have been able to disrupt it.

That said, it may also be that people are much more aware of lying and disinformation. That one of the lessons of the pandemic is that facts matter. That people who were vaccinated are much more likely to survive Covid than those who are not. That, as the US and Brazil have found, voting for people who lie has consequences.

Unfortunately, one way in which people will seek to gain political advantage is to divide us. And this lack of common agreement on historic facts is a terribly useful wedge to use for such a nefarious purpose.

It is here that the disinformation may be the most destructive. Particularly as people become poorer and our economy more unequal. The deliberate lying will lead to our common country of many nations becoming more divided than ever. DM