Friday Activist: Yvonne Phyllis encourages people to ‘own their own struggles’ 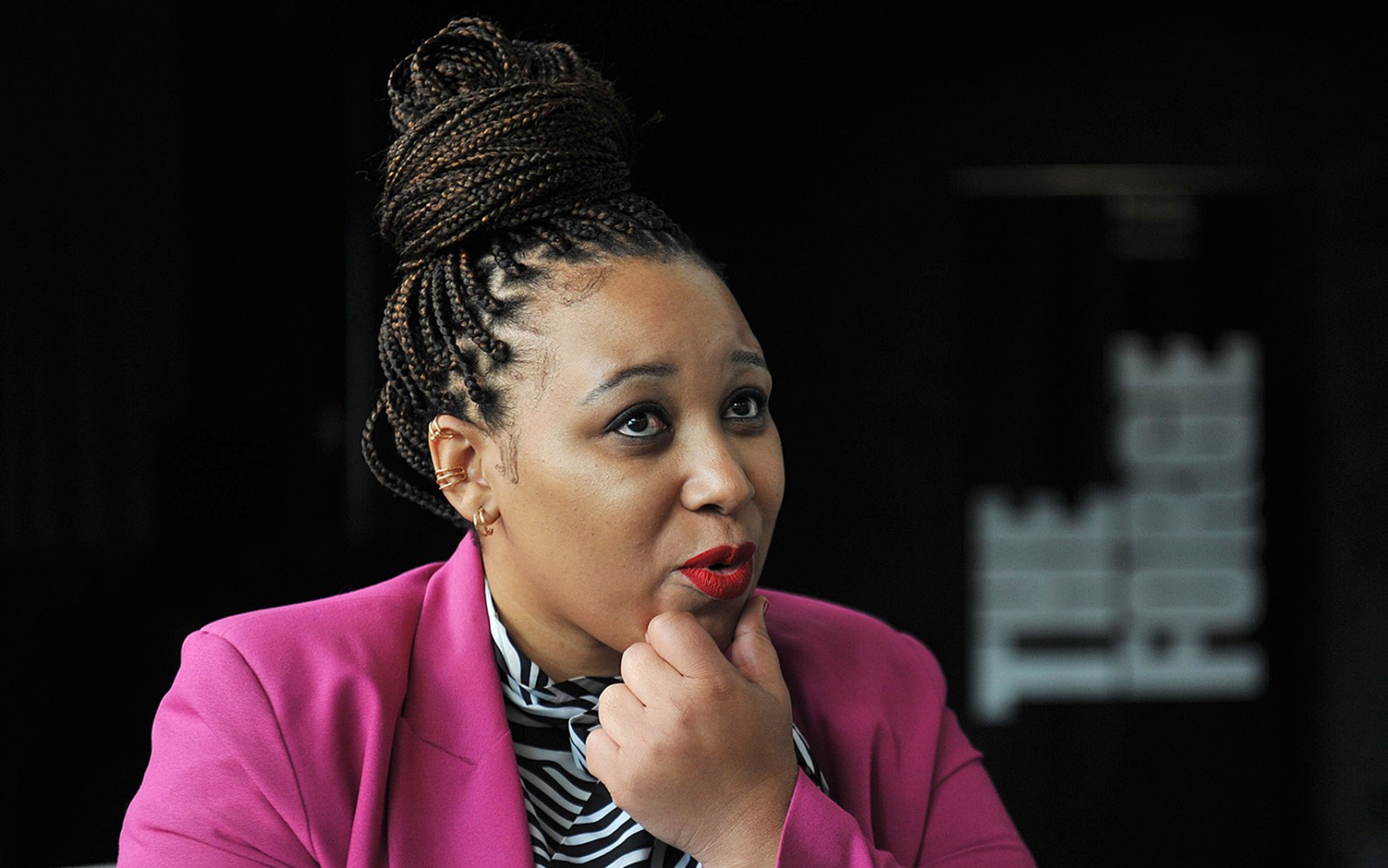 Yvonne Phyllis, co-director of operations at The Forge, is using her life experiences and academic background to bring a cross-section of society together to tackle issues such as land reform. ‘People need to own their own struggles,’ she says.

Yvonne Phyllis (35) is the co-director of operations at The Forge, a mixed-use space that has at its heart the principles of community and furthering activism through connecting ordinary people, civil society movements and progressive academics.

Phyllis was born to farmworker parents and lived on Elizabeth Farm in Bedford, Eastern Cape, with her paternal grandparents and other family members until her father decided that they needed to move out and find their own house outside of the farm.

However, Phyllis says that her father, who had been a farmworker all his life, could not keep up with the financial implications of life outside the farm, which led them to subsequently move into her uncle’s home.

Phyllis used to walk 20km to Bedford primary school, where Xhosa was the medium of instruction, and says she did well there. However, when she moved, in Grade 5, to an English-medium school she struggled.

She developed anxiety because she did not speak or understand English, a battle that caused her to fail Grade 5. However, she persevered and by the time she graduated matric was top of her class.

She completed her undergraduate and master’s degrees in political and international studies at Rhodes University, where she continued to battle with anxiety over the academic course. She found not only the physical and cultural environment alien but also struggled with the language used in lectures and textbooks.

“I found it a difficult space to belong in. When you grow up on a farm it’s a very isolating experience. I didn’t have much experience with friendships, but also I had a very bad relationship with education even though I did really well. But because of my experience of failing in school, every time I have to start something I feel like I’m starting on the back foot.”

After completing her master’s degree, Phyllis became a lecturer in comparative politics at Rhodes. However, she often wondered how what was being taught connected with ordinary people and their day-to-day lives.

Looking back on her days at Rhodes, Phyllis says she found herself thinking: “None of what I studied and none of what I’m teaching is my life or what I’ve experienced in my life.

“I said, there’s got to be a place where I can think, theorise and write about my own experiences in a meaningful way. I used to think, I wonder if someone that I’m teaching in my class, who was from Xolobeni for instance, is finding any kind of relation with anything that I’m teaching.

“Part of my other frustration was that there was very little that taught of how people were living and struggling together in the world. I always yearned for that. So I knew I had to do something more.”

Acting on her restlessness, in 2019 she applied for the position of co-director at The Forge, which at the time was still being set up in bustling Braamfontein, Johannesburg.

It’s described as “a space for the expression and discussion of ideas, for new encounters, and for the development of solidarities that embrace not only socially authorised intellectuals but also intellectuals in progressive popular organisations. These organisations include – as both protagonists and audiences – trade unions, social movements, community organisations, women’s organisations, student organisations, artistic and cultural workers, migrant groups, LGBTQI groups, the media and the historically censored, erased and maligned in general.”

Phyllis says what drew her to the position was an opportunity to connect with people and build real solidarity around Pan-African issues such as the struggle for human rights, land, cultural preservation and fighting gender-based violence.

Her face lights up as she speaks of her work, saying that she grew up in a very communal way on the farms.

“For me, building communities and solidarity is also how I grew up. Although you knew that there is the Sukwini homestead, the amaGcina homestead, there was a feeling that we are here together and we felt responsible for each other’s homesteads. We would all call each other to go fetch water or go chop wood and make sure everyone’s chickens were in their coop on time.”

This is why the work she does excites her. She says the space attracts a cross-section of students, activists, researchers, political analysts and community organisers and facilitates dialogue and exchanges while offering an opportunity to build solidarity around issues like land reform and redistribution.

Talking about land reform discussions The Forge has held, Phyllis says that they brought together ordinary people who were experiencing issues, such as Abahlali baseMjondolo, people who have been illegally evicted as a result of land occupations, and activist lawyers who were able to explain the legal remedies available to them. It also provided a space for people to share their experience of forced removals and their journey to seek redress.

Phyllis says she draws inspiration from encountering people who are struggling and bear the brunt of social inequality but refuse to give up.

Growing up on a farm and having parents who were farmworkers, she has always had a personal interest in advocating for the rights of farmworkers, which led her to produce a documentary on the issue.

In an article written in Food for Mzansi, Phyllis said about the documentary: “It is my life story and it is a painful story. I can’t watch the documentary and not be emotionally charged. I think of how painful the life of living and working on the farm is.”

She said that farmworkers are often left out of the land debates.

“I’ve been moved so much so that I’ve just finished co-authoring a dossier with the Tricontinental Institute for Social Research titled ‘This Land Is the Land of our Ancestors’ and there I’m making an argument in favour of land redistribution as communicated by farmworkers and farm dwellers,” she says.

“I care deeply that land must be redistributed because the land was stolen; it cannot be that in 2022 we’re still dancing around the issue, it just must happen. Advocate [Tembeka] Ngcukaitobi said there are just too many people without land and a few people with too much land. The question of land hunger and land justice for me is not limited to the rural land question.

What is central to the messaging of The Forge, according to Phyllis, is that all people’s voices must be central and not only those of academics. “People need to own their own struggles.” DM/MC