DA clings to power in Knysna — thanks to EFF’s abstention 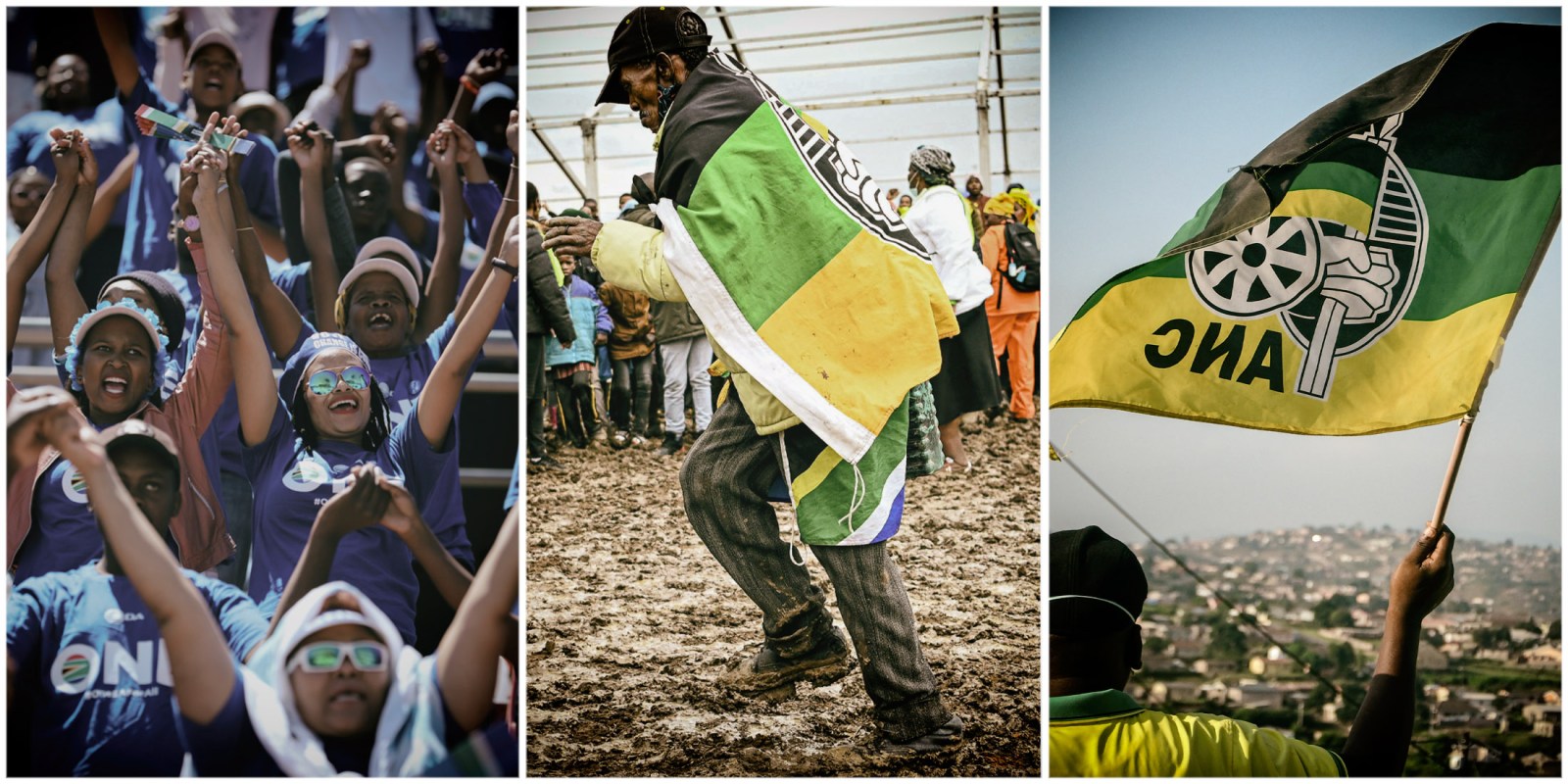 The Economic Freedom Fighters’ abstention from voting in four motions of no confidence during a council sitting in Knysna Municipality has meant that the governing coalition of the DA and the Knysna Independent Movement remains in place.

The coalition between the Democratic Alliance (DA) and the Knysna Independent Movement (KIM) will continue to govern Knysna Municipality following failed motions of no confidence. This, after the Economic Freedom Fighters (EFF) abstained from voting, which led the DA speaker to cast the deciding vote.

The council sitting took place on Tuesday, during which motions of no confidence in mayor Levael Davis, speaker Julie Lopes, council whip Hilton Stroebel and deputy mayor Mark Willemse were voted on.

The motions were brought by the Patriotic Alliance (PA) which, until recently, was part of the coalition with the DA and KIM.

Following “insults” directed at PA leader Gayton McKenzie, the party withdrew from its coalitions with the DA in the Matzikama and Knysna municipalities in the Western Cape. 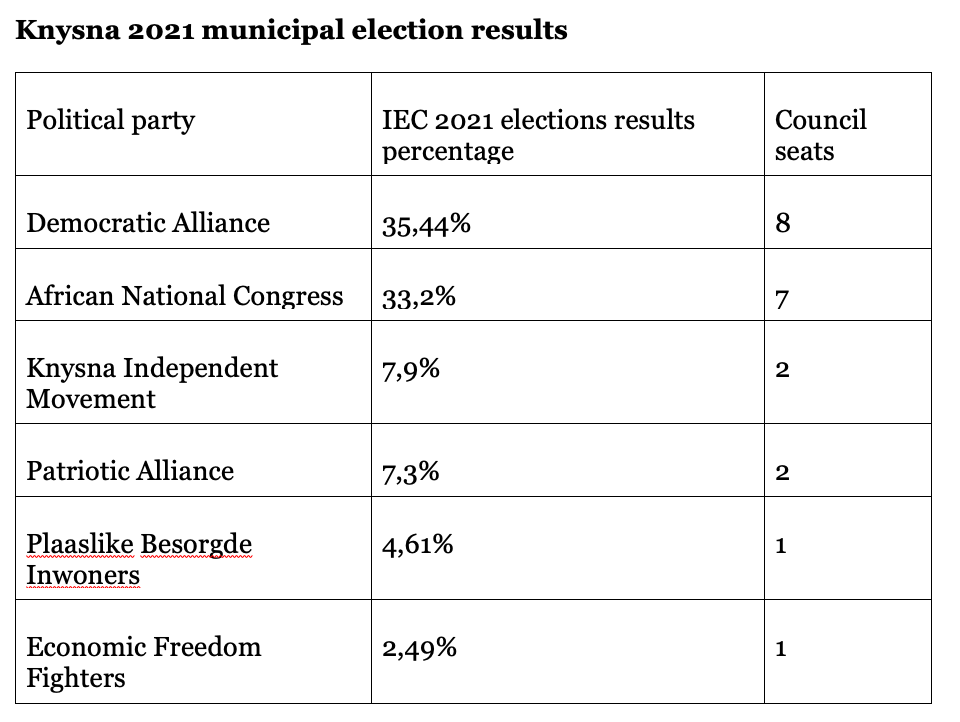 (Table by Suné Payne. Information provided by the IEC.)

On Tuesday, the no-confidence motions failed when the EFF’s Louw abstained from voting, which led to the speaker (Julie Lopes) casting the deciding vote.

During the first council session after the 2021 local municipal elections, Louw abstained from voting for a speaker. This caused the sitting to collapse.

Until recently, Grootboom had been part of Levael Davis’s mayoral committee. The PA councillor told Daily Maverick on Wednesday that he was disappointed in the EFF for abstaining. He questioned why a party whose national leaders often made anti-white sentiments would allow “white” people to continue to run the municipality.

“We had an opportunity to be in charge,” said Grootboom, adding that one of the reasons for the no-confidence motions was the Knysna council’s budget, which he claimed was not pro-poor and “does not speak to the people”.

Grootboom told Daily Maverick the PA had rejected the budget.

Another reason was a lack of development for young people in the municipality, said Grootboom. He claimed that a lack of opportunities for post-school young people caused them to fall into, for example, substance abuse.

“It was about positions,” he said.

George said the motions were only about replacing the government and that there was no reason to remove a  government that was functioning.

“The town is doing well… you can see it’s visibly doing well.”

“They will come again,” said George, referring to attempts to remove the DA from power in the popular coastal town. DM