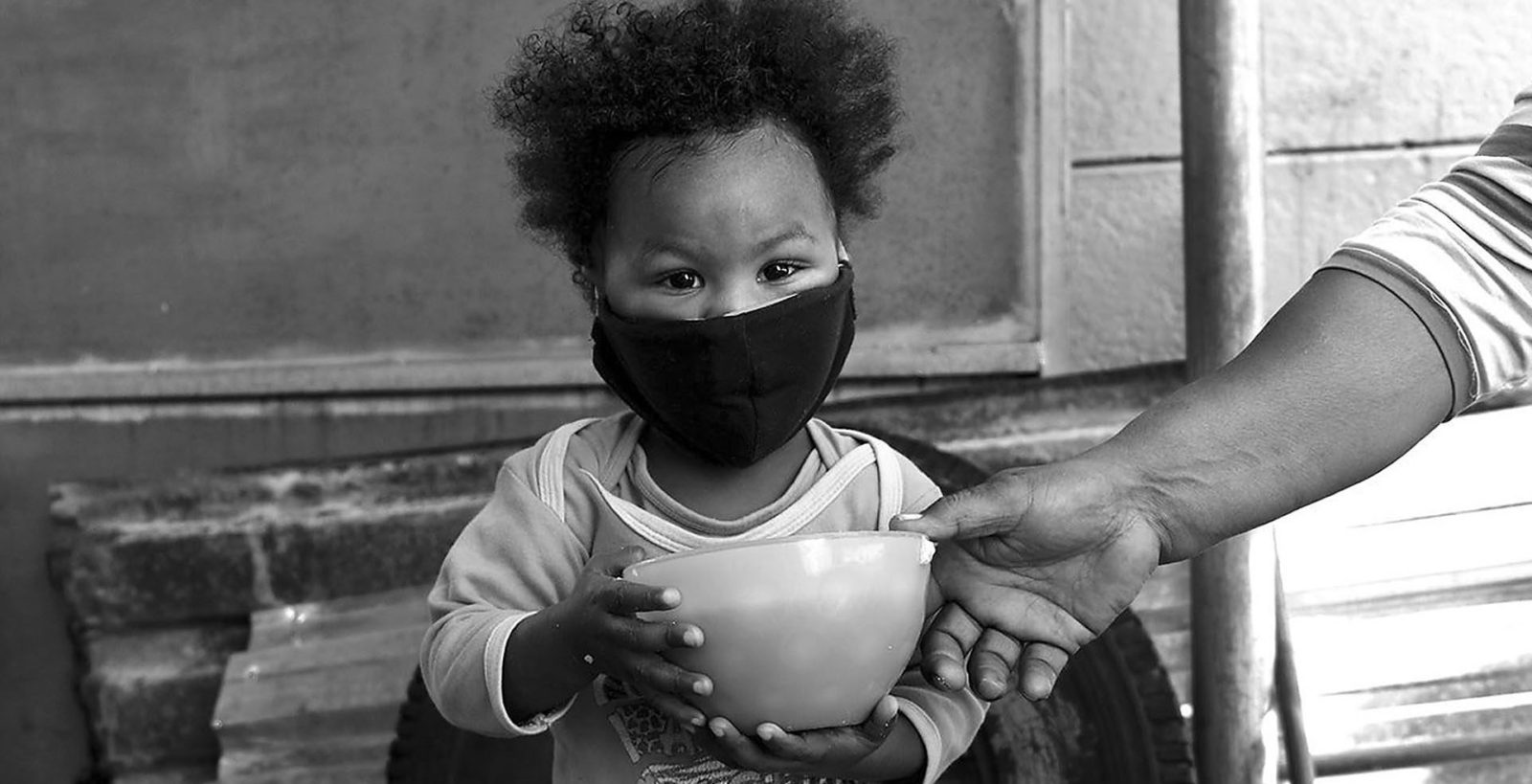 South Africa’s child stunting was higher than expected for an upper-middle-income country, and even among its developing country counterparts.  (Photo: Daniel Steyn)

In a recent study of almost 2,500 women from the Western Cape, as many as 40% of the respondents reported going to bed hungry at least once a week, while 22% reported that their children went to bed hungry during the Covid-19 lockdown.

The Grow Great Campaign, in partnership with other civil society organisations and the Western Cape government, has conducted a study and released a report titled Investigating Hunger and Mental Health Among Pregnant Women in the Cape Metro Area during the 2020/21 Covid-19 Pandemic. The report was released at a webinar discussion on Tuesday.

Dr Kopano Mabaso, the executive director of Grow Great, began the webinar by stating that South Africa’s child stunting was higher than expected for an upper-middle-income country, and even among its developing country counterparts.

“Although we support our country’s expansive child support grant programme, it does have a massive blind spot which is the period in pregnancy when the baby is wholly dependent on the nutritional intake of the mother and when the child is most vulnerable to stunting and its long-term consequences on their future health, education and economic prospects,” said Mabaso.

She said the study revealed the hardships that ordinary and poor pregnant women go through, which can no longer go unnoticed.

Mabaso said it was “a travesty for a mother to choose between eating and attending her routine antenatal clinic visits, who denies herself food so that she can shield her child from hunger, whose mental health inevitably deteriorates until a situation becomes intolerable.

“A travesty for a child who… begins their life on the back foot and is denied the nutrients necessary for full health and brain development, eventually trapped into a trap of unemployment and poverty.

“Our cry as Grow Great is for the policy aspiration articulated in our National Development Plan to see pregnant, vulnerable, poor women be better supported be realised… it has never been more urgent for this policy to move from aspiration to action.”

Michael Krause, the CEO of Violence Prevention through Urban Upgrading, said they had partnered with the DG Murray Trust, the Kfw Development Bank, Embrace, and Grow Great to ensure mothers and babies get the support they need.

They had made funding of R100,000,000 available to disadvantaged communities in the Western Cape for a study and intervention programme called “Towards building a community circular economy”, using Community Care vouchers of R300, made available to mothers every two weeks, and also advocated for the child support grant to be extended to pregnancy.

The benchmark for the voucher was the food poverty line of R561 in 2021 which is why the vouchers were for R600 (R300 x2), which covered a grocery basket of eggs, beans, pilchards, fortified maize, full-cream milk powder, soya mince, peanut butter, rice, soup mix and Amasi milk. This was calculated to provide 45% of a child’s energy needs and 35% of an adult’s.

After the organisations identified the vulnerable groups, a total of R125,000,000 went toward 415,000 vouchers and the establishment of 202 food kitchens, 68 food gardens, early childhood interventions, and 105 WiFi hotspots. This covered the low-income areas of Hanover Park, Manenberg, Gugulethu, Nyanga, Harare, Kuyasa, Monwabisi Park and Bonteheuwel and resulted in the Presidential Employment Stimulus Plan “buying” into their approach to supporting communities.

Cristina Lorenzi, a researcher on the study who is with the Institute of Life Course Health Research at Stellenbosch University, told the webinar that the food baskets had led to an improvement in maternal and child nutrition and that maternal depressive symptoms improved, resulting in improved mental health.

She said the average birth weight went up to 3.24kg, with only 10% recording a low birth weight of 2.4kg, compared to the national average of 15%. The number of mothers and children going to bed hungry decreased significantly and poor mental health symptoms also decreased among mothers.

Mervyn Abrahams, the programme director of the Pietermaritzburg Economic Justice and Dignity Group, said that affordability vs price is what determines access to sufficient and nutritious food for households in South Africa.

Abrahams said South Africans had witnessed massive price spikes over the past couple of years and the current household basket now stood at R4,609.89, which was an increase of R67 from April 2022 and a R472 increase over the past year.

He said there had been a R1,000 jump in price from May 2020 to now, but that wages and grants had not kept up with this, meaning people can afford less food.

The most notable food products that had increased in price were maize, cake flour, cooking flour, bread, pilchards, fresh vegetables and fruit.

“The survival strategy that most people tell us they are employing at the moment is that they are cutting back on their food consumption… switching to cheaper food… to cheaper cuts of meat and these are less nutritious,” said Abrahams.

He said the consequences of the rising food prices were massive, considering that about 50% of South Africans earn the minimum wage, which is about R3,700 monthly, meaning the food basket costs more than most South Africans earn.

“That gives us some indication of the difficulties experienced by more than 50% of South Africa’s households,” he said.

Abrahams said that according to his organisation’s calculations, children’s nutritional needs cost about R803, while the child support grant is only R480.

“Our failure as a country to access nutritious food means that we have to pay the bill for that: high non-communicable diseases, stunting and low economic productivity and growth.” DM/MC