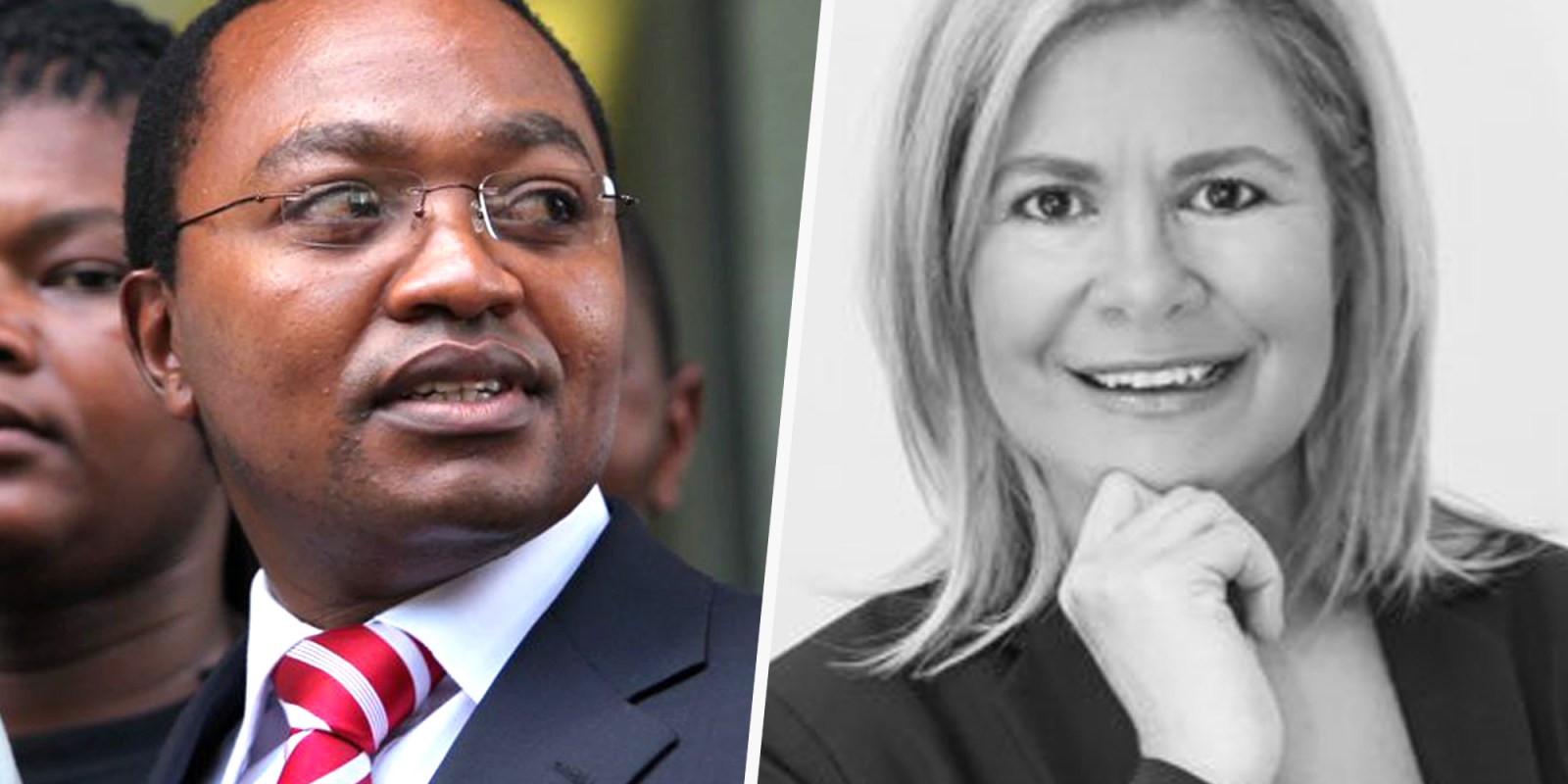 Masizole Mnqasela of the governing DA is being investigated over travel and accommodation irregularities. (Photo: Gallo Images / The Times / Shelley Christians) | Deputy Speaker Beverley Schäfer, also of the DA, has to answer questions about her extended use of a BMW X5 vehicle. (Photo: Supplied)

The Speaker and the Deputy Speaker face tough questions about alleged abuse of their perks.

The Western Cape legislature has been riven by scandals involving its Speaker and Deputy Speaker.

Speaker Masizole Mnqasela of the governing DA is being investigated over travel and accommodation irregularities. Deputy Speaker Beverley Schäfer, also of the DA, has to answer questions about her extended use of a BMW X5 vehicle, which caused fruitless and wasteful expenditure.

The provincial legislature confirmed it was aware of a probe into Mnqasela’s allegedly wrongful claims for travel, subsistence and entertainment allowances.

The DA said it had sent documentation to the Hawks in the Mnqasela case, with “protected disclosures by whistle-blowers alleging fraud and/or corruption relating to … allowance claims”.

James Retief, the legislature’s manager of communications, described the case as “a party-political matter … being attended to as such”.

And in development this weekend,  the DA announced that it had suspended Mnqasela from party duties.

Mnqasela has been a member of the DA since 2002, serving as a Cape Town city councillor between 2003 and 2009. He was a member of Parliament from 2009 to 2014 and was then elected to the Western Cape legislature. After the 2019 elections he became Speaker. He is constituency head for the Overstrand region.

In 2011, Mnqasela was found not guilty of rape after being accused by a 17-year-old. Outside court, he said: “Every day, everywhere, women long to be with me. There is no reason for me to criminalise myself.”

The DA said whistle-blowers reported allegations to DA provincial caucus leader Alan Winde, who asked them to make formal submissions with supporting evidence. The party said the whistle-blowers “wish to remain anonymous, a request we respect”.

Mnqasela has denied the allegations. At a media briefing after the announcement, he said it would be an anomaly for him to keep quiet about the situation. He said he acknowledged the whistleblowers had given documents to the Hawks. “I welcome them.. nobody is above the law,” he said.

DA director of communications Richard Newton told DM168 that, as Mnqasela “opted not to step down while the Hawks and FLC investigation is conducted, as requested by the WC DA caucus leader, the DA is weighing up its options on the way forward”.

In the DA’s announcement at the weekend,  it said it had suspended Mnqasela from party activities pending the finalisation of an investigation against him.  The suspension was based on the findings of an investigation report by the DA’s Federal Legal Commission, it said.

“We are aware that there are currently internal processes ongoing against other members which the party will act upon as soon as the formal report is tabled.” the DA said in a statement.

Mnqasela’s deputy Schäfer faces the legislature’s conduct committee and is accused of wasteful expenditure to the tune of R158,297.86.

On Friday 20 May, a report was released to the legislature about this expenditure. DM168 had been granted the report following a request under the Promotion of Access to Information Act (PAIA).

Schäfer is another long-standing member of the DA. Between 2009 and 2011, she was head of marketing for the party, according to her LinkedIn profile. She was then elected as a Cape Town ward councillor and to the provincial legislature,  where she was chairperson of the standing committee on economic opportunities, tourism and agriculture from 2014.

In 2018, when Dan Plato left the legislature to become mayor of Cape Town, she became MEC for economic opportunities, taking over from Winde, who had taken on Plato’s role as MEC for community safety.

The complaint against Schäfer dates back to 2019.

In 2016 the provincial legislature got an Audi Q5 on long lease from Government Motor Transport as the official vehicle of the Deputy Speaker. Regulations state that “the total purchase price of the vehicle chosen by the Member may not exceed 40% of the inclusive annual remuneration package of the member”.

When Schäfer became Deputy Speaker in 2019, the Audi Q5 was about two years and nine months old with an odometer reading of 77,350km and could not be replaced as it was under the replacement threshold.

During Schäfer’s period as MEC, she was provided with a BMW X5. When elected Speaker, she was entitled to use the BMW X5 for one month at the cost of her former department but at no cost to the legislature.

As Deputy Speaker, Schäfer was obliged to use the Audi Q5 until it was withdrawn or replaced and she was not allowed to use the BMW X5 after June 2019 as the value was more than 40% of her annual salary package.

In November 2019, the legislature secretary told Schäfer to return the BMW by 29 November 2019. An official report subsequently said there had been “fruitless and wasteful expenditure” of R158,297.86.

According to the report, the secretary should not have permitted the Deputy Speaker to use the BMW beyond June.

When DM168 asked the DA if it had sought answers from Schäfer, Newton said the issue should be addressed by the legislature.

Retief said: “The conduct committee’s investigation … is ongoing. There is no indication yet of whether or when the Deputy Speaker may be required to appear before the committee.”

The report goes on to document a series of argumentative incidents as officials, including Mnqasela, tried to get Schäfer to hand back the BMW, which she eventually did. The report then recommended that Mnqasela submit a complaint to the provincial conduct committee.

Asked if the DA considered the two scandals regarding the Speaker and deputy speaker to be linked, Newton said the process to deal with allegations against Mnqasela started a month ago. “While it may be very tempting to conflate the issues to drive a certain narrative, the DA does not currently view these events as linked,” said Newton.

The report records an investigation in March 2020 by Dawood Jawoodien, the legislature’s financial manager, who said, when she was appointed Deputy Speaker, Schäfer refused to use the Audi, citing security concerns and that the car had no bicycle rack.

On 17 July 2020, Schäfer disputed the findings and denied liability, said the report.

In November, a new report was done by the Office of the State Attorney. This is the report that has been reported on in the media and disseminated by the legislature.

Schäfer said she needed the BMW as, prior to November 2018, as Standing Chair of Economic Development, Tourism and Agriculture, she was “dealing with a sensitive issue around poaching … and being warned by the Hawks as to my safety…”

Schäfer said she was allocated a ward in Bonteheuwel, an area known for gang violence, and the BMW was “equipped to handle any safety risk”. The report said Schäfer could have approached intelligence services. DM168

This story has been amended and updated after first appearing in our weekly Daily Maverick 168 newspaper, which is available countrywide for R25.