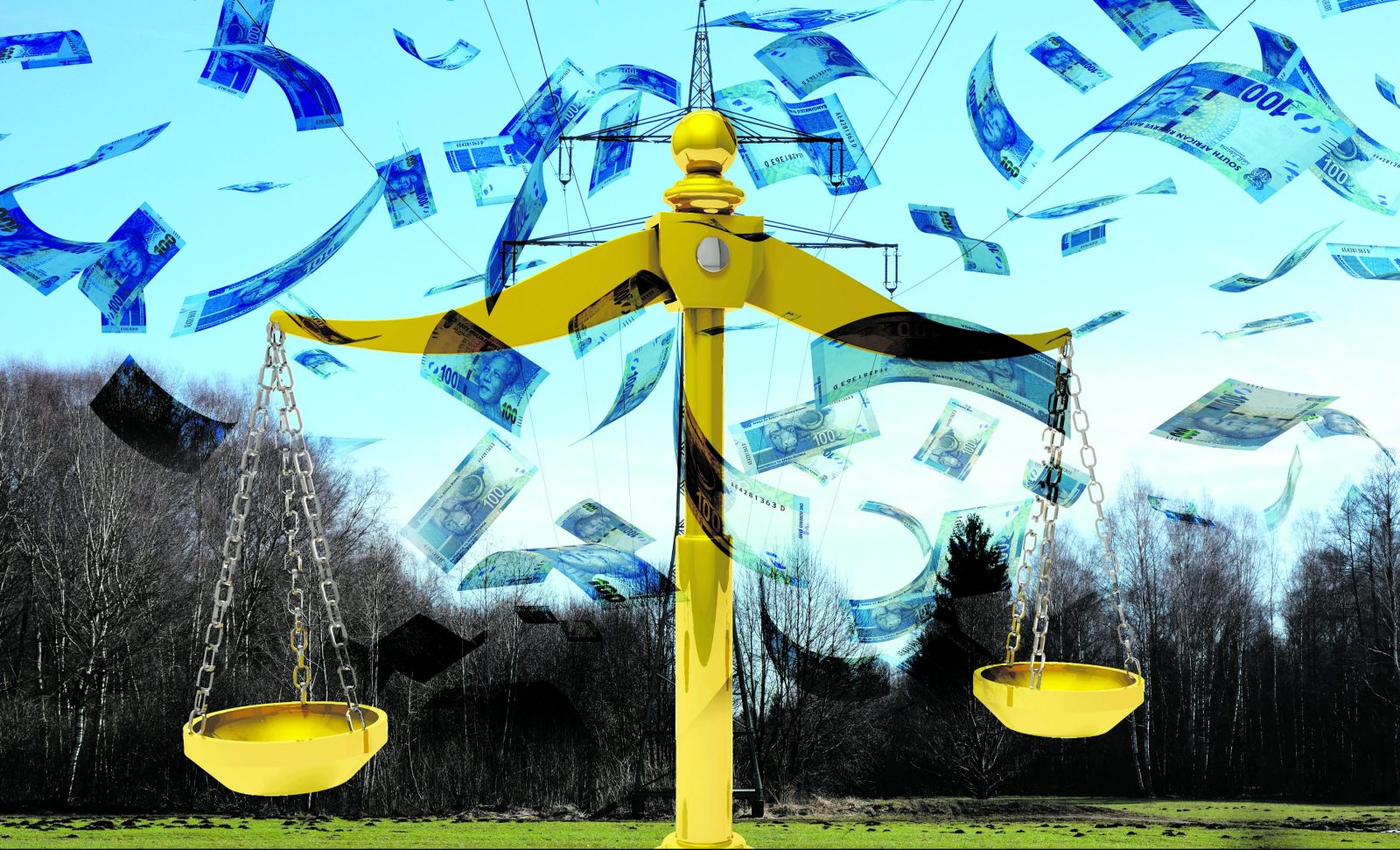 Eskom has cut the electricity supply of two local municipalities that collectively owe R2.8bn, causing devastation for municipalities at the forefront of employment and economic activity.

Was Eskom justified in disconnecting power to local municipalities that owe it billions of rands in unpaid electricity bills and, in the process, causing harm to households and businesses that are not at fault and are being thrown into darkness?

And can Eskom unilaterally reduce power supply to municipalities in arrears or refuse them more electricity despite both parties being bound by long-standing electricity supply agreements?

These are questions that were before the Constitutional Court on 23 May as Eskom sought to overturn an earlier court’s ruling that forced it to fully restore electricity to two municipalities that collectively owe it R2.8-billion. The heavily indebted municipalities are the Ngwathe Municipality in the Free State (owing Eskom R1.3-billion) and the Lekwa Municipality in Mpumalanga (owing R1.5-billion).

Ratepayers in the municipalities have argued at the Constitutional Court that Eskom’s “irrational and unreasonable” decision to disconnect their power has caused “human and environmental catastrophes”, even though they were not at fault. In court papers, Herman van Eeden, who acts for associations representing ratepayers in the Ngwathe and Lekwa municipalities, says power disruptions have impacted essential services such as water supply and the functioning of sewage works, throwing the economies of the municipalities into a tailspin.

Crumbling economy and quality of life

In Lekwa (Standerton) alone, which has a population of about 115,000 and whose economy depends on agricultural activity, large employers are threatening to withdraw from the town because of power disruptions, which “will increase the already staggering unemployment rate”. At last count, the official youth unemployment rate in Lekwa was 35%, according to Statistics South Africa. An abattoir in the town faces permanent closure, putting 54 jobs at risk.

The short supply of water owing to Eskom power disruptions (also affecting the functioning of water pumps) has forced Lekwa residents to extract water from the raw sewage-filled Vaal River, which is the main water source for the whole of Gauteng.

Van Eeden says the quality of life for Lekwa residents has deteriorated.

“The Standerton Hospital does not have sufficient standby capacity [generator] to allow the facility to provide medical services in a Covid hot spot. The medicine in the local pharmacy may be lost. People in old-age homes, inter alia 43 people in frail care, may suffer inhumane deaths owing to the short supply of electricity.

“The 62 schools are unable to maintain standards of hygiene. The fire brigade cannot function. Shops are closing down and real-estate development is adversely affected…”

Efforts by Ngwathe and Lekwa residents to initiate talks with officials of Eskom, municipalities and respective provinces to restore electricity supply have been unsuccessful, says Van Eeden.

The case at the top court will be a litmus test for Eskom’s ability to recover unpaid debt from municipalities, which stood at R40.9-billion by the end of September 2021. Without collecting debt from municipalities, which forms a crucial part of its revenue, Eskom cannot service its smothering debt load of more than R360-billion. And the power utility will be pushed to ask the government for more bailouts.

The debt by local municipalities has accumulated because, over the past decade, Eskom has been lax in its collection methods and continued to supply offending municipalities with electricity. This entrenched a culture of nonpayment among municipalities, households and businesses. Political leaders – too afraid to upset their voter base – have also refused to tell people they must pay for electricity.

But since he was appointed as Eskom CEO two years ago, André de Ruyter has intensified collection efforts, going to the extent of dragging municipalities to court to have their bank accounts and assets (such as furniture) attached to recover outstanding payments. De Ruyter has also taken a less adversarial approach, opting to stay out of court by entering into payment agreements with municipalities. In 2021, Eskom engaged with 45 municipalities to engineer a payment agreement. But the Maluti-A-Phofung municipality in the Free State, Eskom’s largest defaulter owing it R5.9-billion by the end of September 2021, snubbed the power utility’s payment plan proposal. Eskom has since dragged the Maluti-A-Phofung municipality to court.

At the Constitutional Court, Eskom has argued that it should not be compelled to provide the Ngwathe and Lekwa municipalities with more electricity than what it has already provisioned for in its supply agreement with the municipalities.

Ratepayers for the two municipalities took Eskom to the High Court in Pretoria in August 2020 to urgently block it from cutting power. The ratepayers won their case and Eskom was ordered to provide them with “full power”. Eskom is challenging the interdict at the ConCourt, saying energy regulator Nersa, and not the courts, has the legislative powers to resolve the dispute. Judgment is yet to be delivered.