Law can help the poor, but ‘lawyers don’t change an...

‘Lawyers don’t change anything, people do’ 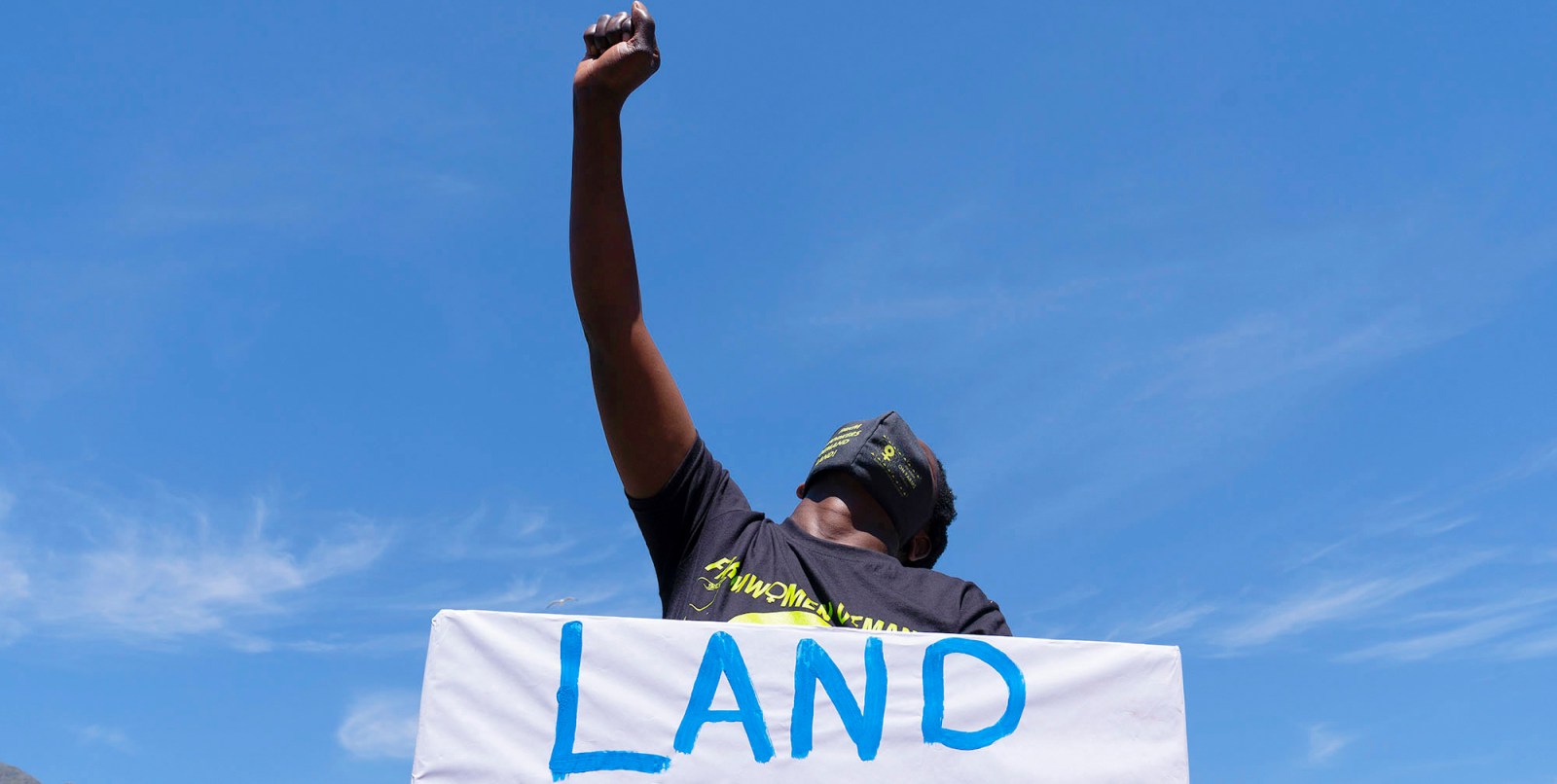 A woman protests against the government's land reform strategy in Cape Town on 15 October 2020. The protesters were led by the organisation On Farms, which represents the rights of farmworkers and rural women. (Photo: EPA-EFE / Nic Bothma)

The last of the land series talks hosted at The Forge was given by advocate Stuart Wilson, who described the prospects of using the law as a means for land redistribution.

Wilson said that while the law was useful, it was not the means by which redistribution could take place, but was part of a framework that enabled change to be possible.

“Lawyers don’t change anything, people do. Social change itself comes when people act individually and in formation to achieve the particular change” he said.

It was Wilson’s assertion that the law in South Africa is, for better or worse, the vehicle through which political settlement took place after apartheid ended and restitution was embarked upon.

He said that aspirations to achieve redistribution would have to be mediated through the law and the Constitution, and that while lawyers may not be the most important part of activism, the law still existed in all walks of life and political action sought.

In limited ways, the law had brought about a modest amount of redistribution, and the Constitution and the law remained resources for people seeking redistribution. This could, in specific circumstances, bring about pro-poor change and work towards combating the legacy of apartheid. Wilson used the example of how the law and the Constitution were used successfully by the Treatment Action Campaign in its fight for access to antiretrovirals for people living with HIV/AIDS.

Wilson told the audience that the July 2021 riots, in his view, were about the discontinuation of the Covid-19 grant, which triggered people. He also worried about the outbreak of xenophobia and the redirection of attention and anger from the real sources of inequality in South Africa. “These sources of violence worry me a great deal because it will be difficult to redistribute in a fair process when there is no law and a great deal of violence.”

Asked by an audience member what happens to people whose houses are demolished, such as those who have shacks, Wilson said that whenever eviction without court order happens the counterargument is that there hasn’t been a home established. In trying to counter this argument it would have to be established that people and their “stuff” were ejected without a court order – only then could the eviction be challenged.

“If you are interested in redistribution you have a choice; you can either reject that the law can potentially be useful or that the law and the Constitution can make a difference. I want to suggest that as a result of legal activism pursued by many institutions, small changes have taken place and fairly big legal changes, but they have yet to be developed and exploited fully.”

The material changes that had taken place since the end of apartheid included that no one may be evicted without a court order and that evictions that led to homelessness were unlawful. Wilson said that it is because of these restrictions on eviction that places such as eKhenana (occupied by Abahlali baseMjondolo) become possible, since it began with people being evicted from shacks because they couldn’t afford rent and living in backyard shacks that could only accommodate a certain number. They “had to go somewhere” so they identified the land at eKhenana for occupation. Wilson said eKhenana can therefore be seen as an example of a site of struggle for land redistribution because they have managed to use the law as a “shield”.

The law had also been developed to have rental housing tribunals, which were established to ensure landlords acted fairly and that tenants’ rights were protected. Under the previous common law a landlord had only been required to tolerate a tenant for the duration of their contract. However, it had been found that the conditions of these contracts were often unfavourable to tenants. These had now been revised to also be in the best interests of tenants.

What the law can do, Wilson concluded, is inform policy in terms of what is more likely to yield successful redistribution. DM/MC