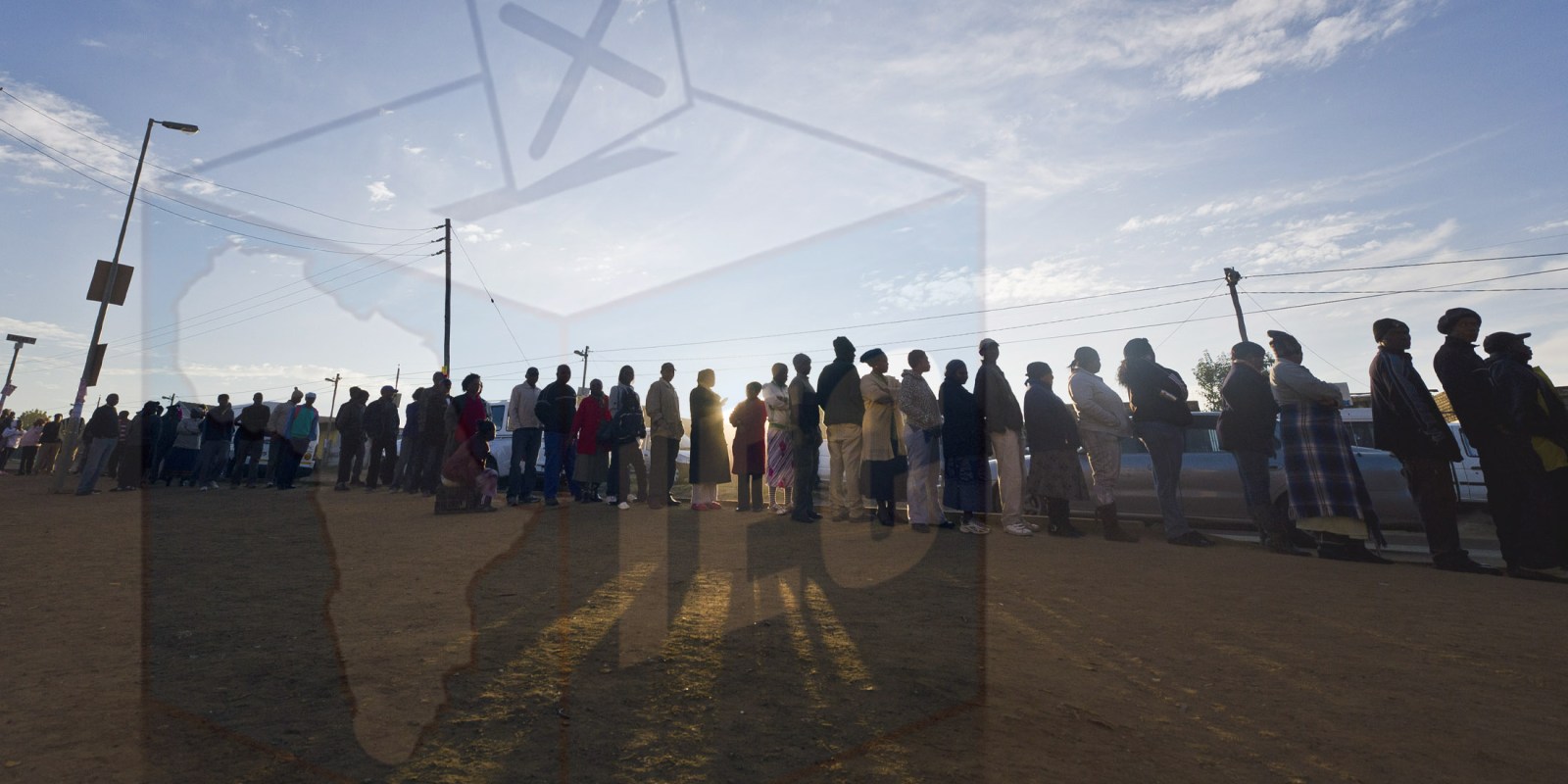 The Constitutional Court must still decide whether to give Parliament more time to finalise amendments to electoral legislation so independent candidates can contest national and provincial elections. But it’s clear that Parliament will miss the court’s June deadline to fix the law.

With four weeks to go to 10 June — the deadline for a new electoral dispensation set two years ago by the Constitutional Court — the parliamentary home affairs committee on Tuesday continued to plough on with the matter.

On Friday, the committee will formally do what’s called a motion of desirability — usually, that’s done on private members’ bills, not ministerial legislative proposals — although on Tuesday an informal poll indicated support for the Electoral Amendment Bill.

Still, substantive matters remain outstanding, like whether independent candidates in national and provincial elections must be resident in the region/province they are contesting. The Department of Home Affairs in an earlier briefing to MPs said yes, because that was also the case for party political candidates and for municipal elections. Not so, indicated Parliament’s legal advisers, pointing out the residency requirement applied to the nomination of an independent candidate.

The Electoral Amendment Bill is one example illustrating how lawmaking can go awry — from Parliament’s acquiescence in awaiting executive draft laws rather than pursuing its own legislative initiatives, to the politicking and politics in the governing ANC that delay legislative drafting, and further delays due to the processes for Cabinet approval.

The Electoral Amendment Bill puts into sharp relief the impact of politics on lawmaking because this ultimately nixed public anticipation of wholesale electoral reform following the 11 June 2020 Constitutional Court judgment that independent candidates could participate in provincial and national polls. The court gave Parliament two years to effect the necessary changes.

Many of these proposals were based on the 2003 Frederik van Zyl Slabbert commission’s report that recommended a mixed system of directly elected constituency MPs and proportional representation candidates. Once submitted to the then president Thabo Mbeki, the commission’s report was left to gather dust.

On 3 March 2021, Motsoaledi appointed a ministerial advisory committee that in June delivered a mixed outcome. The majority supported a wholesale electoral reform to include constituency-based MPs, dubbed Option Two. The minority view, or Option One, was for minimalist technical changes to accommodate independent candidates.

The ANC National Executive Committee, after workshopping the ministerial advisory report, ultimately went for the Option One minority view on minimal changes by mid-September 2021, according to Business Day.

The impact of this became clear during the 2022 public hearings on the draft electoral amendment law, which, in a series of technical changes, accommodates independents in what is an overall unchanged system.

Dominated by political party representatives in these countrywide public hearings, many of the ANC speakers, dressed in party colours, often referring to prepped notes, stated their preference for Option One, the minimalist technical changes. Regardless of location, contributions often used the same phrases, from “Option One” to concerns about “factions” elected to Parliament and a “ballot book” to reflect independent candidates.

That draft electoral amendment law reached Parliament at the end of November 2021, some 17 months into the 24-month timeframe the Constitutional Court had allowed for Parliament to fix the law.

With that before MPs, Lekota’s Private Member’s Bill, in a motion of desirability, was voted against on 23 February 2022, just over a year after it was brought to Parliament, clearing the way for the national public hearings on the ministerial legislative proposals.

Since the public hearings concluded on 23 March 2022, the home affairs committee discussed various aspects of the amendment bill, getting further input from the Department of Home Affairs and others.

While it was clear as far back as 2021 that more time would be needed, initial considerations of asking for three more months turned to a formal request for six months submitted to the Constitutional Court in late April 2022.

A decision is pending.

If granted, it will allow Parliament until mid-December to pass the legislation. The time pressure is not off legislators: after the National Assembly, the Electoral Amendment Bill must go through the legislative processes of the National Council of Provinces and then be signed into law by the President.

It may happen late in December, or early 2023, depending on the time the President takes. And that puts the Electoral Commission of South Africa (IEC) in a pickle with the 2024 elections. The commission has long been on public record that it requires at least two years to prepare for an election.

While some matters may well be started, the electoral law changes would have sufficient impact on anything from the voters’ roll, ballot papers and stationery for voting stations, to party liaison regulations, that delays would put the IEC under pressure. The latest constitutionally possible date for the 2024 poll would be 21 August.

And the IEC is down a commissioner with the departure of chairperson Glen Mashinini, whose contract ended in April.

The Office of the Chief Justice, which is in charge of the panel to interview candidates, submitted the names of all nine interviewees to Parliament on 1 April for consideration on 20 April. After this was referred to the home affairs committee, MPs had an initial briefing on 10 May. Then, nothing more.

Once the National Assembly has approved a nomination, it will be up to the President to determine who will be the IEC chairperson. It’s not a given that the newcomer will take that position, as the legislation gives discretion to the President. It remains unclear when this will happen.

Regardless of delays to fill this vacancy, the IEC may well have the institutional wherewithal to continue its mandate as a Chapter 9 institution established in the Constitution to support democracy.

But this hold-up, alongside the delays beyond the deadlines set by the Constitutional Court for Parliament to adopt new electoral legislation, raises not only pressure on the IEC, but questions about all parts of South Africa’s constitutional democracy working together. DM