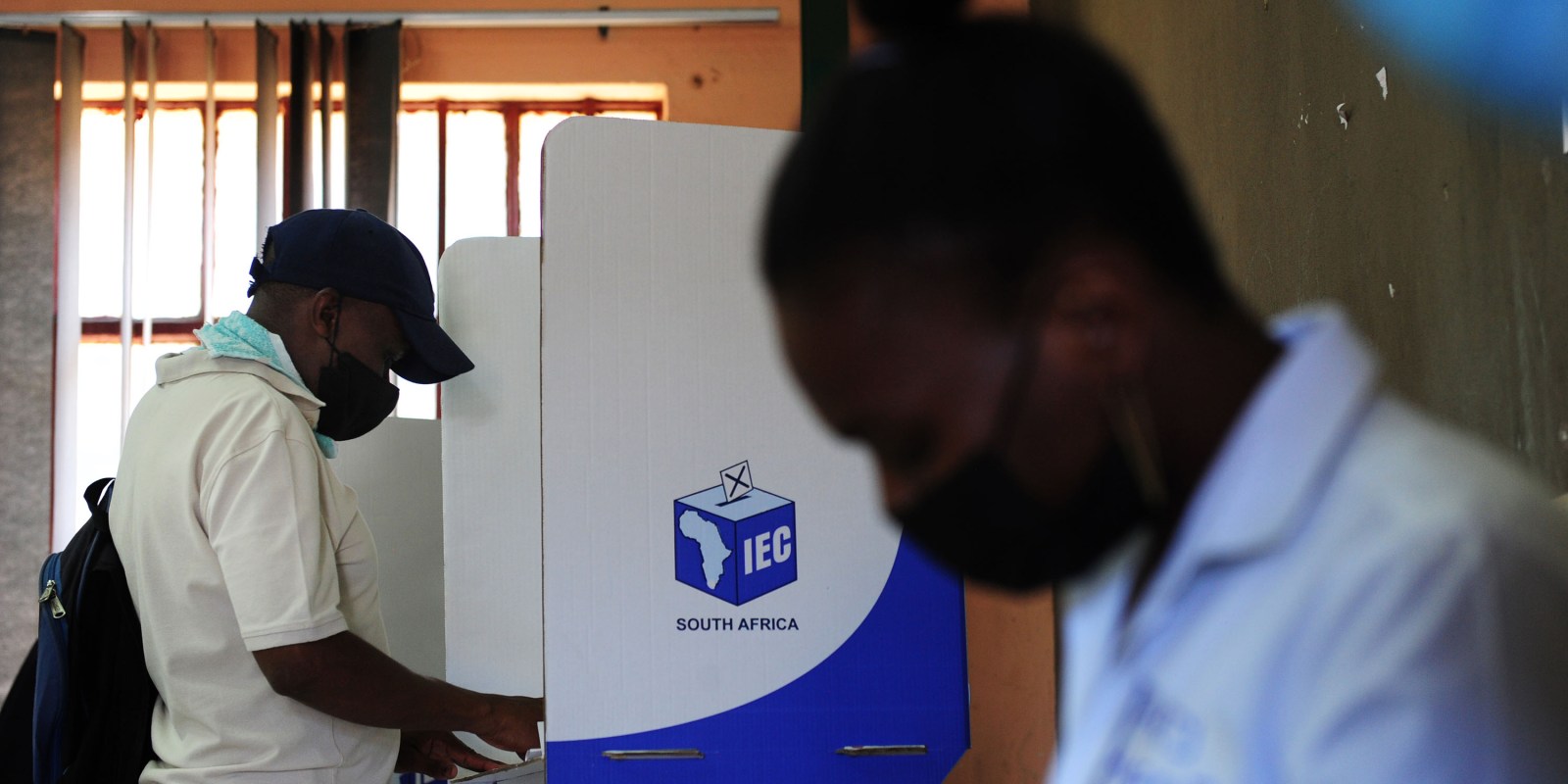 What’s tabled under the name of the Electoral Amendment Bill in Parliament is understood to have sparked a behind-the-scenes scramble as the document misses bill drafting standards. This complicates matters already under time pressure over the looming Constitutional Court deadline.

It has not been an auspicious start for what is now before the National Assembly as the Electoral Amendment Bill. Not procedurally, not timewise.

And politically, the tabled legislative proposals represent the minority option from the ministerial advisory committee — broad electoral reform was trumped by minimalist adjustments to allow independents to contest national and provincial elections as ordered by South Africa’s highest court.

No one at Thursday morning’s programming committee seemed to have realised this legislative proposal had already been officially referred to the home affairs committee, alongside the related ministerial advisory committee (MAC) report. That’s according to the Announcements, Tablings and Committee Reports, or the work record of Parliament, of Wednesday.

But ANC Chief Whip Pemmy Majodina told the programming committee the parliamentary majority party wanted an ad hoc committee to process this draft law, “given the complexity of the Electoral Act and time and expertise needed for that”.

The clock is ticking — to 10 June 2022, which marks the end of the two years the Constitutional Court in its 11 June 2020 judgment gave Parliament to amend the Electoral Act.

In five working days, on 10 December, the National Assembly rises for the year-end recess. MPs are set to return in late January 2022, according to next year’s parliamentary framework. Effectively, 4½ months are available to process this Constitutional Court-ordered legislative amendment.

This is an extremely tight timeframe — and it’s not assisted by the flawed draft presented to the national legislature.

The State Law Adviser seems not to have certified the bill as is usual practice, according to the documentation and legislative proposals submitted this week by the home affairs minister in correspondence dated 29 November 2021 — some five days after the Cabinet meeting on 24 November gave its approval.

Comment requested from the Home Affairs ministry on Thursday morning remained outstanding by the end of day, despite follow-up phone calls and text messages.

Usual legislative drafting practice is for a bill to include a memorandum that not only sets out points like consultations and costs to the state, but also for the State Law Adviser to state procedural matters, like why this bill has to be — or should not be — referred to the National Houses of Traditional Leaders and Khoi-San Leaders for consultation, or what tagging route it should follow through Parliament.

None of this is included in what’s called the Electoral Amendment Bill that the home affairs minister had asked private senior counsel to draft.

“The minister instructed us to draft an Electoral Amendment Bill to give effect to the ‘minimalist option’ set out in the MAC report…” according to a separate memo to the minister dated 25 November 2021 from advocates Steven Budlender SC, Salome Manganye, Mitchell de Beer and Mfundo Salukazana.

This memo, among others, also outlines the need for consequential amendments to the Political Party Funding Act so its provisions are extended to independent candidates.

The submitted electoral legislative amendments define an independent candidate as “a person contesting an election who is not nominated on a list of a political party”, and set out certain criteria in “Part 4” — including residential criteria, paying prescribed election deposits, objections, and nominations of independents “with at least the prescribed minimum number of signatures of voters whose names appear on the segment of the voters roll for the region or province in which the candidate is standing”.

Never mind concern about the legislative drafting, exactly what now unfolds within extremely tight timeframes in Parliament remains to be seen.

If the ANC chief whip successfully puts her case for an ad hoc committee, as EFF MP Hlengiwe Mkhaliphi requested in Wednesday’s chief whips’ forum, National Assembly Speaker Nosiviwe Mapisa-Nqakula would have to reverse her initial referral of this to the home affairs committee.

This can’t happen until such an ad hoc committee is established through a motion in the House. If that’s not done by the time the National Assembly rises for its year-end recess on 10 December, it can only be picked up in early 2022.

Even if the electoral legislative amendment proposals remain before the home affairs committee, at this point in the parliamentary calendar it’s unlikely any movement will happen before 2022.

The bottom line is that if by 10 June 2022 the electoral amendment legislation has not been passed by both Houses of Parliament — the National Assembly and the National Council of Provinces — Parliament would be in contempt of court. Unless, that is, the national legislature successfully requested an extension from the Constitutional Court.

None of these are good scenarios.

A key reason it has got here is that for 18 months of the 24-month Constitutional Court deadline Home Affairs sat on the matter — and Parliament did not move on a Private Member’s Bill presented by Cope leader Mosiuoa Lekota in early 2021.

The Constitutional Court’s June 2020 judgment had opened a renewed window for potential electoral reform following recommendations of the January 2003 Frederik van Zyl Slabbert commission into electoral reform. It had recommended a mixed system of directly elected MPs with a proportional representation component, but was not acted on.

“Remember, it is the executive [that] must come with a policy [on the basis of which law is made]. That is the draft we are still working on…” said the minister then without providing timeframes.

Motsoaledi appointed the ministerial advisory committee only in February 2021, and in June 2021 it submitted its report and recommendation.

“In the end the MAC members could not reach a consensus on a single option, but succeeded in narrowing down the options to a fairly stark choice on a minority and majority split of 3:4 of the committee members. One member of the committee chose not to state a preferred option,” according to the report.

The preferred route, despite tight margins, was holistic electoral reform. Option Two, the majority report, proposed that South Africa be divided into 200 constituencies where voters would elect their MP alongside 200 further MPs elected to the National Assembly from a national proportional representation system.

The minority Option One, or “the minimalist option”, proposed only slight changes. “This option entails modifying the existing multi-member electoral system to accommodate independent candidates in the national and provincial elections without many changes in the legislation,” according to the report.

That the government and the governing ANC came down on the side of the “minimalist option” is as much a political as a governance choice.

In mid-September 2021, the ANC National Executive Committee (NEC) chose the minimalist option, according to Business Day.

“The injunction of the Constitution must be observed by all accounts and there must be provision to accommodate independent candidates in both provincial and national elections… In some form, the provinces are regional constituencies. A province can become a constituency for the purposes of the provincial legislatures and the provincial and national elections,” the head of the legislature and governance ANC NEC subcommittee, Phumulo Masualle, also Deputy Public Enterprises Minister, is quoted as saying by Business Day.