Chiefs and PSL to settle their differences out of court 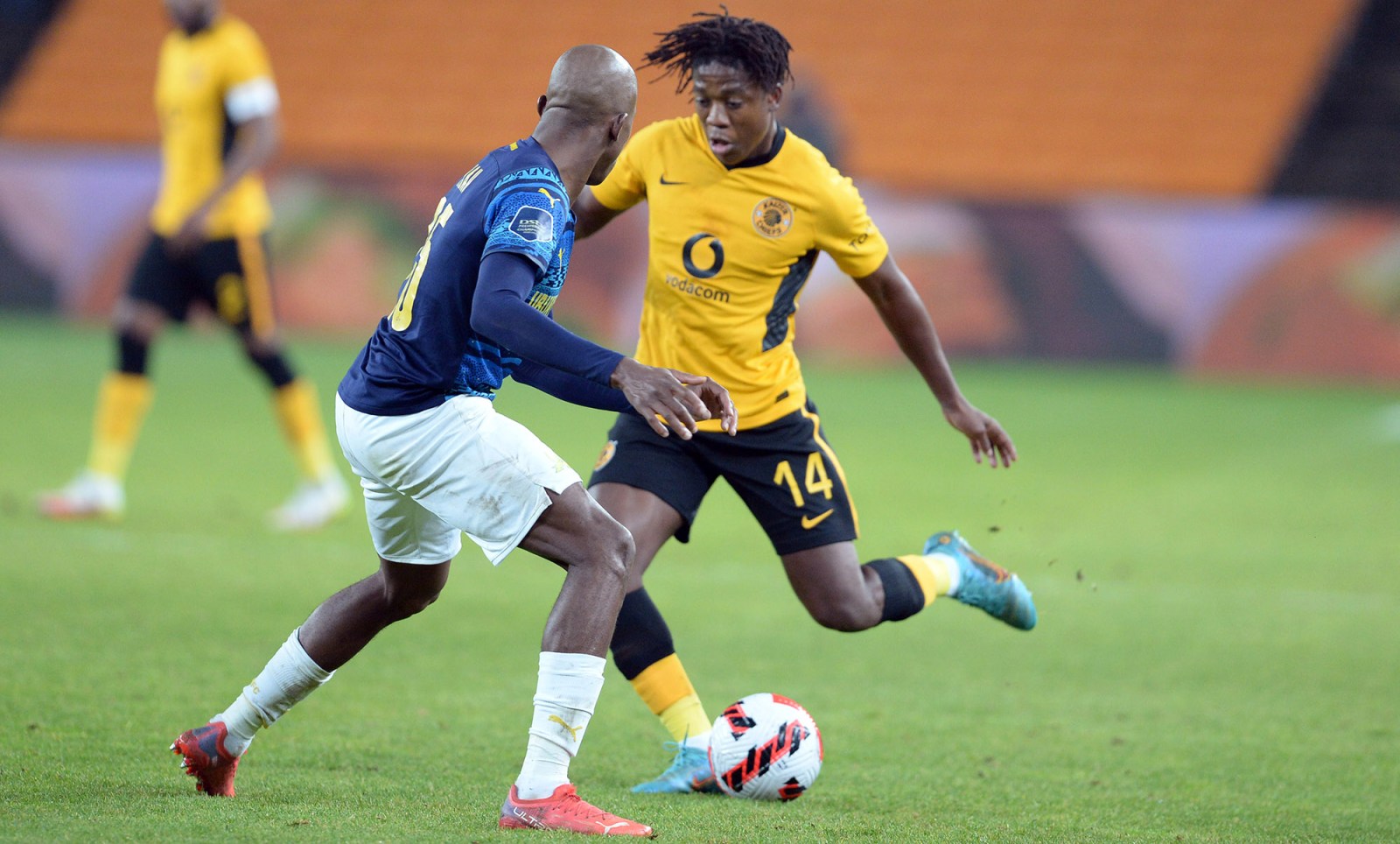 Khuliso Mudau of Mamelodi Sundowns and Kgaogelo Sekgota of Kaizer Chiefs during their DStv Premiership match at FNB Stadium in Johannesburg on 8 May 2022. (Photo: Lefty Shivambu / Gallo Images)

The Premier Soccer League and Kaizer Chiefs have opted against settling their differences in court, curbing a seasonal trend.

It was a matter that threatened to curtail the end of the 2021/2022 season. However, it seems that after Kaizer Chiefs withdrew their challenge to the Premier Soccer League’s (PSL’s) review application, and were also allowed to play the two games they missed due to Covid-19, the matter is likely to be resolved by the league’s disciplinary committee (DC).

The PSL had filed an urgent review application at the Johannesburg High Court, asking that an arbitration ruling granted in favour of Amakhosi by arbitrator Nazeer Cassim SC in March 2022 be set aside.

The Soweto giants were brought to their knees by a Covid-19 outbreak at their Naturena headquarters in December 2021.

After a plea by Amakhosi to have their games for that month called off was rejected by the league on the basis of existing rules around Covid-19 not being one of the requisites for matches to be called off, the Johannesburg-based side chose to forgo two of those matches.

They were scheduled to play Golden Arrows and Cape Town City. However, after reporting that as many as 50 people involved with the club were affected by the outbreak, they did not honour the fixtures. Cassim, during the arbitration process, sided with Amakhosi based on the facts presented before him.

The league, which could not have foreseen that so many people could be affected by the virus at a single club when they drafted those internal Covid-19 regulations, refused to accept Cassim’s ruling.

It announced that it would approach the Johannesburg High Court to have it reviewed. After all, they had to stand firm. In the previous season, teams were punished on the basis of these regulations.

However, Chiefs were allowed to play the games missed, against Arrows and Cape Town City, pending the court hearing. They lost both by 2-1. Cape Town City had threatened to boycott the scheduled replay.

On whether the club had indeed pulled the plug on the court proceedings, Chiefs’ media manager Vina Maphosa told Daily Maverick: “As per usual, I’m sure [PSL prosecutor Zola] Majavu will update the media.”

At the time of writing the PSL was yet to respond to our inquiry.

The likelihood is that Amakhosi will now be brought before the league’s DC on misconduct charges — a misdemeanour punishable by 3-0 walkover wins for both of Amakhosi’s opponents. Considering that Chiefs had already lost the games, the punishment will only affect their goal difference — though they could also be handed a monetary fine.

The Soweto giants face a separate charge of fielding ineligible players during the same December period when their squad was depleted. For the game against Sekhukhune United, they had two players on the bench who were registered only for the reserve league.

Though the Chiefs saga didn’t end up in the courts like Royal AM’s gripe with the PSL in the 2020/2021 season, or Ndorogate (involving a dispute around Ajax Cape Town’s signing of Tendai Ndoro) — South African Football Players Union (Safpu) president Thulaganyo Gaoshubelwe believes incidents such as these can have a negative impact on the players.

“Let’s take an example. You have a case that’s going to sit and that might impact on whether the club gets crowned as the champions, or they get relegated. The players would have played, they would have got their six points. Then only at a later stage this thing comes up and says you have lost the points, therefore you get relegated,” Gaoshubelwe told Daily Maverick.

“There is no way it would go like that without impacting the players. Such delayed decisions might end up impacting the players in a negative way. Whether it is something that is beyond the control of the league to deal with, or it just happened because of the [administrative] processes,” the Safpu head added. DM