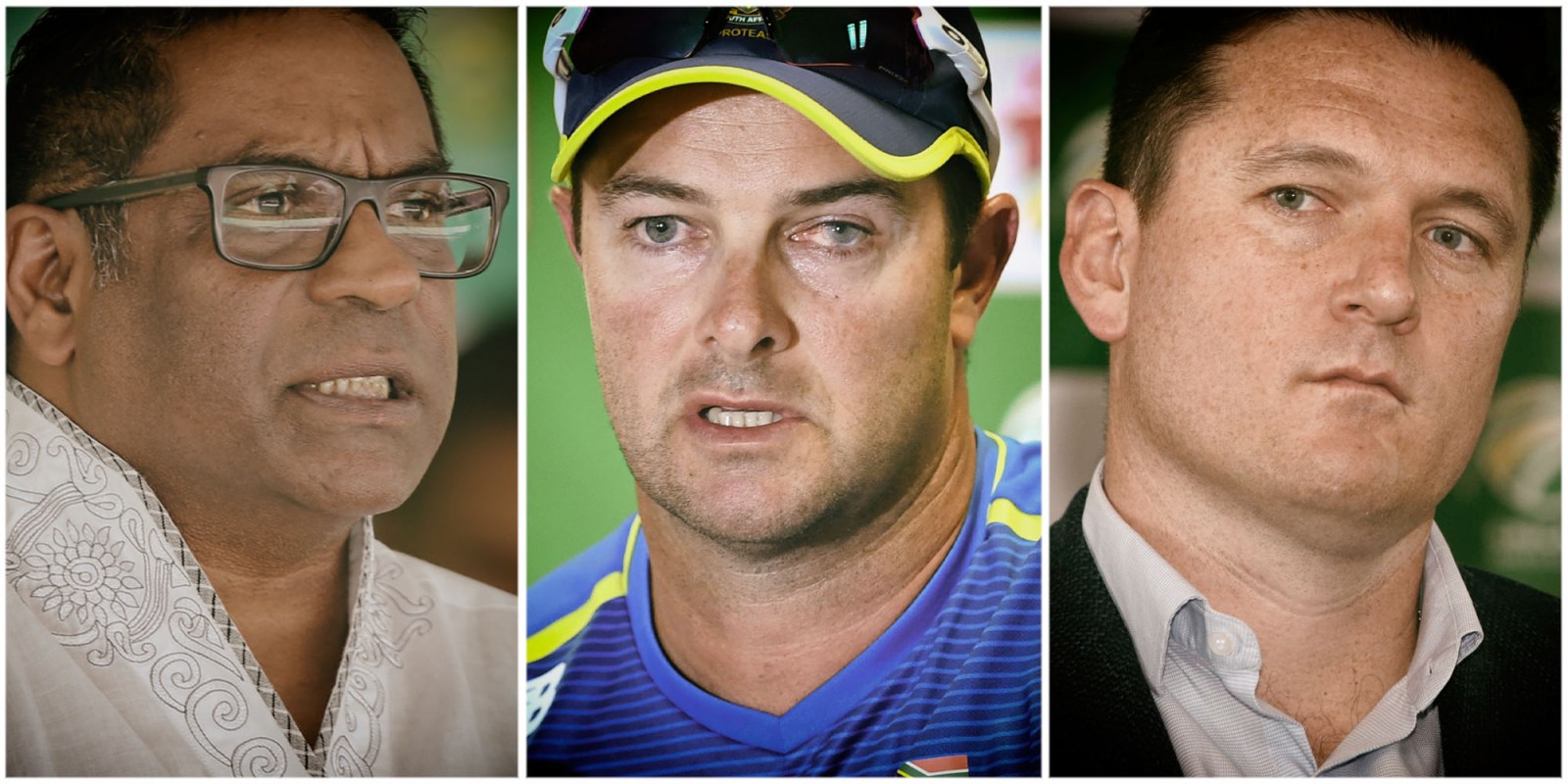 Proteas coach Mark Boucher is in the clear after Cricket South Africa’s case collapsed when no witnesses would come forward.

The leadership at Cricket South Africa (CSA) suffered another major embarrassment after it was forced to drop all charges in its disciplinary case against Proteas coach Mark Boucher.

CSA’s own lawyers concluded that “none of the three charges were sustainable”. They were contained in a seven-page charge sheet in January.

After all material witnesses refused to come forward in the case against the coach, CSA had no option but to abandon what became a politicised witch hunt. But for Boucher, the scars are deep and the reputational damage massive.

“Cricket South Africa (CSA) has concluded that there is no basis to sustain any of the disciplinary charges, including charges of racism, against Mark Boucher, the coach of the Proteas Men’s cricket team,” a statement from CSA read.

“CSA has formally and unreservedly withdrawn all of the charges and will make a contribution to Mr Boucher’s legal expenses.”

While the outcome will come as a relief to Boucher, who has guided the Proteas’ men’s team with success over the past two years, he has endured a torrid time.

“I welcome the decision of CSA to unreservedly withdraw all charges against me. The allegations of racism which were levelled against me were unjustified and have caused me considerable hurt and anguish,” Boucher said in a statement.

“The last few months have been extremely difficult to endure for me and my family. I am glad that the process has finally come to an end and that CSA has accepted that the charges against me are unsustainable.”

The basis for the charges stemmed from last year’s Social Justice and Nation Building (SJN) hearings where former spinner Paul Adams revealed that he was the victim of a team song containing racial slurs.

Adams, who named Boucher at SJN as one of the players who called him a “brown shit” in a team song more than 20 years ago, issued a statement on Sunday saying he had said his piece and would take no further part in pursuing Boucher.

Without Adams’ testimony the already weak case — as Adams had not been cross-examined — became untenable.

The SJN report, submitted to the CSA board last December, was criticised by many legal experts and cricket insiders as “flawed” and “weak.”

Despite objections to CSA accepting the SJN report in that form, the board decided to accept it. CSA then took a decision to pursue accusations against Boucher (and also former director of cricket Graeme Smith) that were flimsy and tenuous. Smith was cleared in an independent arbitration hearing last month, and CSA were ordered to pay his legal costs.

CSA board chairman Lawson Naidoo later claimed he had no option after the board accepted the SJN report, but to test the accusations. Which does raise questions about the judgement of the board after it was warned the SJN report was flawed, even internally. It appears the pursuit of Smith and Boucher was emotional rather than rational.

“In December 2021, the CSA Board received the report from the independent SJN Ombudsman, Adv Dumisa Ntsebeza SC,” CSA’s statement read.

“That report made adverse ‘tentative findings’ regarding Mr Boucher but because the Ombudsman stated that he was not in a position to make “definite findings”, he recommended that further formal processes take place to achieve finality on these issues.

“In line with their fiduciary and legal obligations, the CSA Board resolved to institute formal proceedings as per the SJN Report’s recommendations, which would give all parties, including Mr Boucher, a chance to respond to the allegations and fully state their case.

“CSA was advised by external lawyers that the appropriate formal process to follow in respect of Mr Boucher was a formal disciplinary hearing in front of an independent Chairperson.

“The charge sheet against Mr Boucher ultimately included the tentative finding made by the SJN Ombudsman against Mr Boucher, as well as issues arising from CSA’s own internal enquiry following the resignation of the Proteas assistant coach, Mr Enoch Nkwe.

“Advocate Terry Motau SC, a well-respected senior counsel, was appointed as the Chairperson of the disciplinary enquiry.”

The disciplinary hearing against Boucher was supposed to start on 16 May.

Despite the withdrawal of the case and the strain and stress Boucher endured, board chairperson Lawson Naidoo stuck to the line that CSA had little choice but to institute formal proceedings against Boucher.

“CSA has at all times been committed to dealing with the SJN issues in a manner that treats them with utmost seriousness but also ensures fairness, due process and finality,” Naidoo said in a statement.

‘The decision to withdraw the charges brings about finality on these issues for CSA and Mark and allows the focus to return to the cricket field — where we trust that Mark and the Proteas will go from strength to strength.”

CSA CEO Pholetsi Moseki, at least had a more human and sympathetic view, coming closest to offering Boucher an apology.

“CSA appreciates that it has been very difficult for Mark to deal with these charges hanging over his head over the last few months,” Moseki conceded in his statement.

“CSA regrets this. CSA is also appreciative of the fact that Mark has at all times conducted himself properly and professionally — refusing to be drawn into public debates about the charges and carrying out his duties with commitment and dedication.

“The performance of the Proteas men’s team over this period has been extremely impressive, particularly in the Test arena, and this speaks to the efforts of Mark, his support staff and the players.”

“I stand by my apology to Paul given during the SJN process for the hurt he felt during his time as a Proteas player,” Boucher said. “As I stated in my affidavit to the SJN process, some of the things that were said and done in those days were totally inappropriate and unacceptable and in retrospect, understandably offensive.

“I am proud to now be part of a team culture that is inclusive and whose objective is to be respectful to every person.

“I consider that the matter is now finalised and closed and I do not intend making further statements on this matter. I look forward to continuing to focus on my job and to taking the Proteas men’s team to even greater heights.” DM