SA Revenue Service is underfunded amid push to get over...

Nine Billion: SARS is underfunded amid push to get over State Capture – Edward Kieswetter 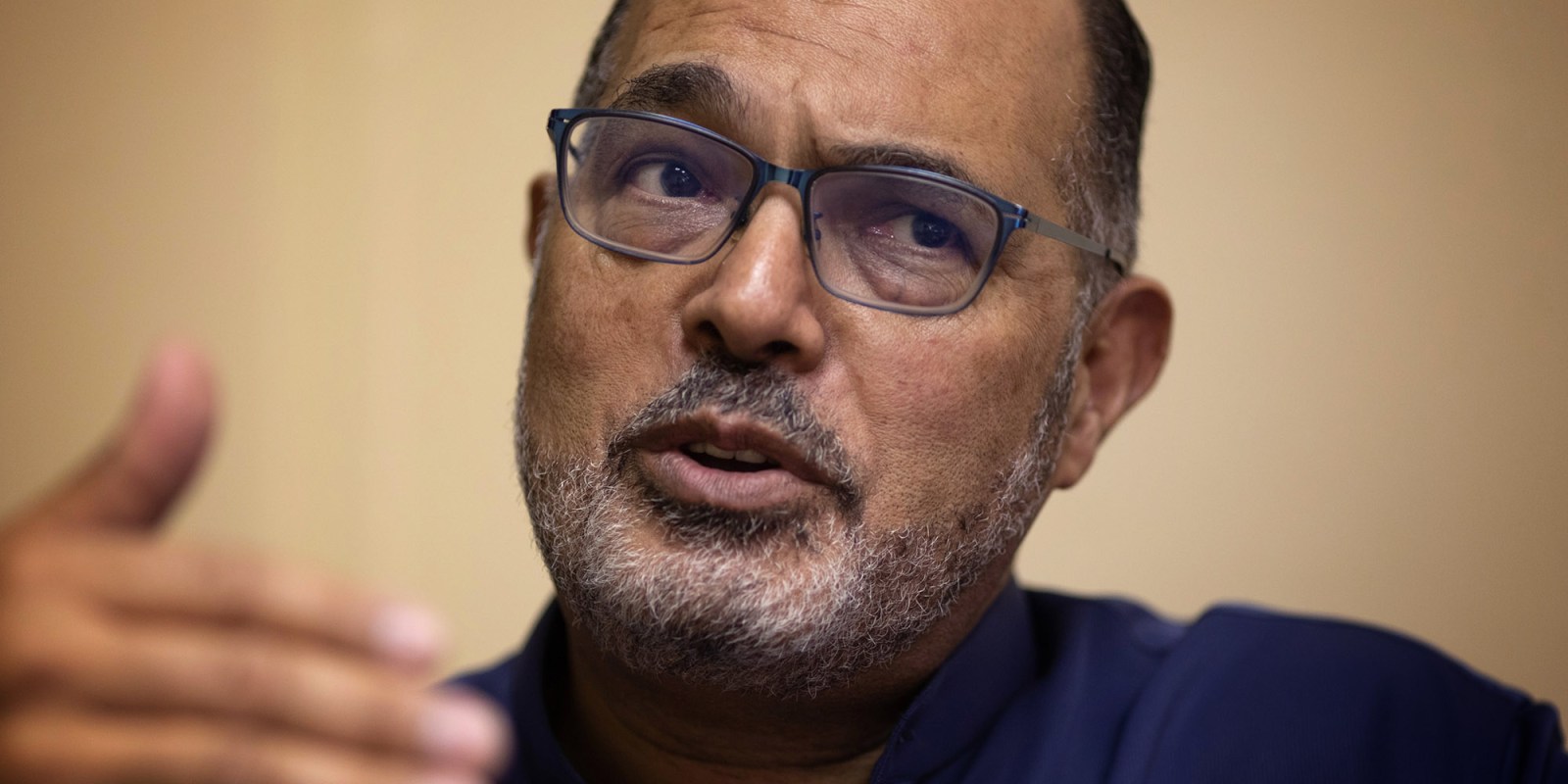 Commissioner of the South African Revenue Service Edward Kieswetter gestures as he speaks during an interview in Cape Town, South Africa, on Wednesday, Feb. 26, 2020. (Photo: Dwayne Senior/Bloomberg via Getty Images)

That the South African Revenue Service (SARS) is collecting more for the national coffers has emerged from the 1 April provisional collection numbers – SARS collected just over R1.56-trillion during the 2021/22 financial year, up by 25.1% from the previous tax year.

In that 2020/21 financial year amid the Covid-19 lockdown, the R30.5-billion that SARS collected over and above its target helped the government continue the R350 temporary monthly grant and other relief measures.

But SARS has to stand in line with other departments, entities and agencies. And it seems likely the SARS commissioner is far from chuffed about the R9-billion shortfall for the institution he heads, particularly in the light of the damage left by State Capture – like the 60 officials sidelined with nothing to do during those years.

“I think that we will still be significantly incomplete by the time I retire in two years’ time, so broken is the system, in such a state of disrepair is the system,” Kieswetter told Daily Maverick in an interview on Monday.

It’s a blunt acknowledgement of the deeply entrenched and enduring damage of State Capture. At Eskom, that’s linked to shoddy construction, overpriced tenders and stalled maintenance, which today are among the factors in rolling power outages set to continue until at least April 2023.

SARS can show off with better tax revenue collections, which in turn allow the government a bit more wiggle room in Budget allocations, as has happened in recent years, and specifically to support vulnerable South Africans at the sharp end of the Covid-19 lockdown that cost two million jobs.

That’s the preferred narrative of the SARS boss, pleased that the additional tax collections are part of the transformative impact to help address joblessness, inequality and poverty.

“We are committed to a higher-purpose orientation. We understand our transformative role in improving the lives of South Africans,” said Kieswetter.

“When we are disheartened by the state of affairs in our country we are encouraged in the knowledge our work can make a small difference.”

Tax morality, or getting everyone who must pay to actually pay, is crucial. It’s also part of the revenue service’s nine strategic objectives, alongside ensuring compliance, ease of tax returns and public confidence in the tax system.

Tighter fraud detection measures over the past three years have doubled collections from R30-billion to R60-billion.

Taxpayer disgruntlement has been sparked by some of the strategies used, like visiting home office claimants with measuring tapes, according to the grapevine, or requesting 360-degree photos of the home office. Other issues include delays in objection processes, or repeat verification that leads to a tax refund turning into a tax debt – and payment demands from the tax collector.

Daily Maverick this year published a series of articles on taxpayers’ grievances about SARS, including repeat verification, due refunds turning into debt, and dispute process glitches, after this reporter’s own experience.

The Tax Ombud has highlighted repeat verification of the same taxpayer in the same tax year as a systemic issue, alongside delays in dispute resolution and debt offsets.

SARS is on public record saying an algorithm selected tax returns for verification, audits and fraud prevention checks. MPs, in March, were told the use of such a risk algorithm prevents claims of bullying.

On Monday, Kieswetter acknowledged: “We get it wrong sometimes.” But he has the numbers to back up his argument that the focus on compliance is paying off. And it is about proportionality.

Of the 7.2 million tax returns, only 1.4 million were flagged. Of those, 37% were potentially fraudulent and almost 20% were negligently late.

“We have taxpayers, who have over 21 returns outstanding,” said Kieswetter, adding that 430,000 taxpayers had multiple tax returns outstanding. Never mind the failure by almost half of employers to fully and properly comply with Pay As You Earn rules.

Cracking down on home office claims – the kitchen table doesn’t qualify – meant R1.8-billion was saved from flowing out of the fiscus, MPs heard in March.

On Monday, Kieswetter told Daily Maverick that another R422-million remained in the national purse after almost 40,000 of the 72,000 completed cases – the total was 80,000 – came out in favour of SARS.

“What may appear to a single taxpayer as an irritation is actually cumulatively… it is a significant risk to the fiscus,” said Kieswetter.

“The amount of abuse in terms of medical deductions is scary. If we do not pay special attention to medical claims then we are not doing our job and then we will be criticised for that.”

Yes, SARS will get it wrong. And when it does, the root causes are examined in the interest of getting to what Kieswetter describes as the balance of risk and efficient service.

The Tax Ombud is key here to point out systemic issues like debt offsets or diesel refunds – and to take up matters like Fairness For All: Case 13, a taxpayer who was verified five times for the same 2021 tax return for a tax return of R4,940.29.

According to the latest Tax Ombud annual report, SARS implements 98% of ombud recommendations. It’s a level that is not known to exist anywhere else in the checks and balances of governance.

But the tax boss intent on rebuilding SARS seems prepared, for now, to rile and irk some taxpayers over compliance clampdowns, although he firmly dismisses claims that small taxpayers are being targeted, or the big ones are being let off the hook.

“I don’t play for the gallery. My work is not determined by politicians,” said Kieswetter, adding anyone with proof of preferential treatment should come forward.

And SARS has no say on how the government spends the money – or not – as shown by the wasteful and fruitless expenditure in every Auditor-General report, and the public distrust sparked by more than a decade of corruption that now has the government using the Solidarity Fund for the disbursement of R1-billion in KwaZulu-Natal flood relief funding.

Three years into a five-year contract, the SARS commissioner likens the tax collector to a plane being rebuilt in flight while the crew is retained and passengers are served food.

Ultimately, the aim of SARS’s Vision 2024 is to have a “smart, modern SARS with unquestionable integrity that is trusted and admired”.

Already, the tax collector is far from where it was in 2018, the around R23-billion raised by the unprecedented VAT hike to 15% effectively went on clearing up the VAT and other refunds debacle.

But there’s still a way to go and being short of R9-billion over the next three years won’t make it any easier for SARS – or taxpayers. DM