Is the SA Revenue Service’s risk algorithm the glitch...

Is the SA Revenue Service’s risk algorithm the glitch in the tax collector’s matrix? 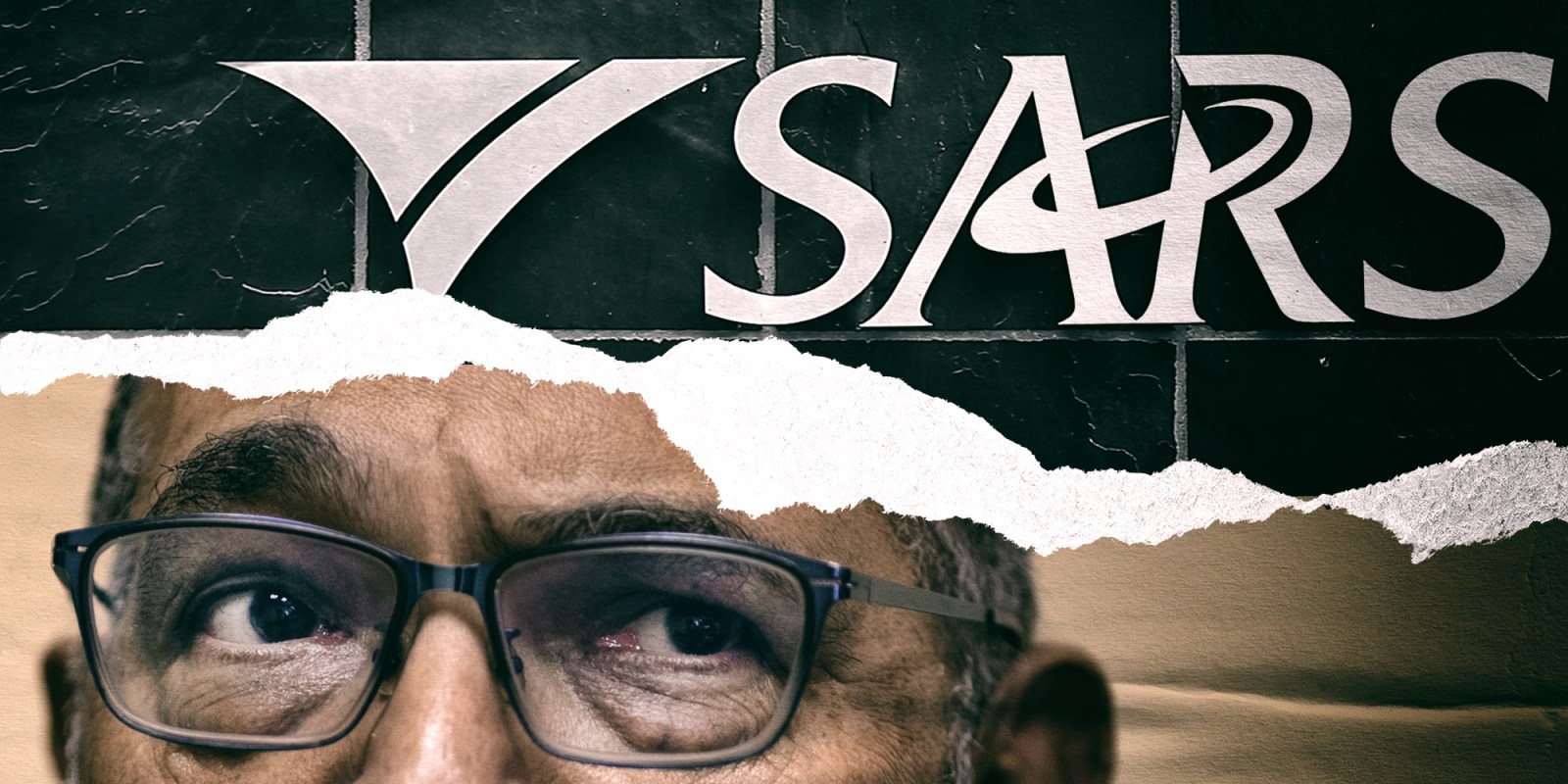 Since a risk algorithm that selects taxpayers for tax return verification is not a person, the tax collector cannot be fingered as a bully, South African Revenue Service commissioner Edward Kieswetter has told parliamentarians.

‘The claim that we bully the little man and we allow the bigger entities to go is not borne out by the evidence. Our risk engine is agnostic to who the taxpayer is and responds only to the risk rules and the algorithms that we write.

“Noteworthy, more than two-thirds, or 66%, of cases selected by our risk engine, again, comes from habitual non-compliers, which means our risk engine is spot-on when it selects a taxpayer for compliance.”

Kieswetter’s comments on Friday, 4 March came at the end of public hearings on the fiscal framework for Budget 2022 by Parliament’s finance committees in responses to various comments and criticism and public input amid an overall positive view of Sars – “the unsung hero”, as labour federation Cosatu put it.

He said that “1.4 million or just short of 20% of these (personal tax return) cases are selected – not by us, but by our risk engine – for further verification.”

Of those, 66% were from habitual non-compliers, as the tax boss put it, adding that R8.2-billion in compliance revenue had been raised this way.

Sars’s “verification work”, as Kieswetter described it, meant more than half of the R2.9-billion claimed for home office expenses (R1.8-billion) was disallowed.

On the VAT returns front, of the 3.8 million submissions, 320,000 were “selected by our risk engine for further verification – there’s no Sars opinion here who is selected,” according to Kieswetter, adding that this had raised R15-billion.

None of this revenue – along with an additional R1.9-billion and R21.5-billion of cases dating back to 2020 – would have been available to the state had Sars not done its work, said the tax boss.

Taxpayers overwhelmingly had “a pleasant and almost seamless experience”, except those deemed non-compliers by Sars – or at least its algorithm.

“Here we make no apology for dishonest or non-compliant taxpayers (that) they will have a different experience – hard and costly… We are the vanguard, the last line of defence to ensure government receives its money due to it.”

However, it also emerged how R10-billion in tax refunds was paid out over December 2021 and January 2022 – even though audits were still under way. “We felt the risk that these taxpayers exposed Sars to was quite minimal,” Sars chief revenue officer Johnston Makhubu told parliamentarians on Friday, referring to Sars leadership’s “deliberate action”.

Since 20 February, Daily Maverick has written about the frustration of ordinary taxpayers floored by Sars’s guilty-unless-you-prove-otherwise attitude, the reversal of tax refunds into tax owing, repeat verification, and difficulties with lodging objections, including a personal reflection on continuing verification enforcement after a tax refund was paid.

Kieswetter’s tweet in response to the personal reflection (“It is regrettable when journalists use the privilege of their platform to ventilate their personal tax affairs”) came up again on Friday when DA National Council of Provinces delegate Dennis Ryder raised it without mentioning names.

“I know you had a go at one of the journalists for taking a personal tax matter and writing an article about it. I don’t think that was entirely unfair because I think there are many people who are suffering,” said the DA’s self-proclaimed “Kieswetter fan”, who had earlier outlined how Sars processes stall once a query, or even an objection, is lodged.

The tax boss stayed on message: “The issue of raising individual tax matters on a public platform, or in this forum, we consider highly inappropriate. We would encourage all taxpayers to come to us to resolve their particular matter, but also not to extrapolate their experience as the general experience.”

But the parliamentary public hearings – despite an overall supportive and complimentary view of Sars under Kieswetter – raised issues.

“When you have a settlement of debt, somehow your (Sars) systems are not linked, they cannot get a tax clearance certificate that prevents them from getting more business… It is really affecting the SMMEs,” said Saica senior tax executive Sharon Smulders.

PwC head of national tax technical, Kyle Mandy, pointed out that instead of problem areas, it seemed the same taxpayers are audited year after year, even if compliant.

Or, as the South African Institute for Taxation (Sait) put it: “If you as revenue official believe you have to raise so much money you do it in the easiest way you can. Unfortunately that often means picking on small ones.”

Against the backdrop of the public hearings input, National Council of Provinces finance committee chairperson Yunus Carrim said some complaints about Sars had “some legitimacy and credibility” as more could be done on VAT refunds and also diesel rebate returns.

“I think all of us as MPs, myself included, have been getting a steady increase in complaints. Although it’s very difficult to intervene because on tax issues it’s very hard to do so.”

Coincidentally, Carrim made a call for the Office of the Tax Ombud to brief Parliament’s finance committees.

Of 2,967 complaints in the 2020/21 financial year, the independent tax complaints entity resolved 1,340, according to its latest annual report.

After the tax ombud hit the web and airwaves in various awareness activities, including #TaxpayersRightsMatter, the aim in 2022 is to, among other things, publish a compendium of taxpayers’ rights.

“Significant progress is being made in regaining public trust in the revenue collector,” said Finance Minister Enoch Godongwana in the foreword to the ombud’s 2020/21 annual report.

The finance minister was similarly supportive of Sars when DA MP Alf Lees asked a series of parliamentary questions on VAT refunds.

“The South African Revenue Service, in processing all refunds, will always seek to balance the protection of the fiscus from illegitimate refund claims and the optimal processing of all those refunds that are legitimate. This balance is further enhanced when considering that more than R50-billion in illegitimate refunds are prevented from flowing out of the fiscus every year.”

On Friday, the Sars emphasis was on compliance and deterrence rather than Sars strategic objective number nine – “build public trust and confidence in the tax administration system”.

But picking up the cues from the public hearings and parliamentarians, the tax boss pledged to do better on “the journey of rebuilding Sars”, adding: “We regard even one instance of service failure as one too many.”

But the focus really remained on compliance, now also for the taxi industry where Sars is risk-profiling 300 taxi owners, each with at least 20 vehicles, in businesses with a value of at least R200-million.

“They must be handled without fear or favour and they have to honour their (tax) obligations. We are unambiguous.”

Like action on State Capture beneficiaries, for example, it’s a wait-and-see.

“It is disappointing, but I guess not surprising that the narrative sometimes comes across that the taxpayers are the good guys and that Sars is the big bully,” Kieswetter said in his concluding remarks to Parliament’s finance committees, also addressing the online audience given the meeting was public and remains on Parliament’s YouTube channel.

“… (I)f there are instances where it is demonstrated we have been heavy handed, I invite any feedback and can give you the sincere commitment that we will address that.”

No contact details were provided then. But it’s public record the Sars commissioner is on Twitter (@EdKieswetter), as is Sars (@sarstax). Both timelines refer disgruntled taxpayers to [email protected] as well. DM

Right of Reply: National Council of Provinces finance committee chairperson Yunus Carrim contacted the DM on Thursday 10 March with regards to comments attributed to him, to say:

“In an otherwise fairly accurate article, Marianne Merten quotes me agreeing with some of the complaints about Sars. Yes, I did. But my main point was that, despite its weaknesses, overall Sars is performing very well. And even suggested that, while more money is certainly not the only answer, the appropriations committee considers allocating more funds to them. In any case, these extra funds are likely to lead to bigger returns to the fiscus. And the committee’s report reflects this overall approach.”