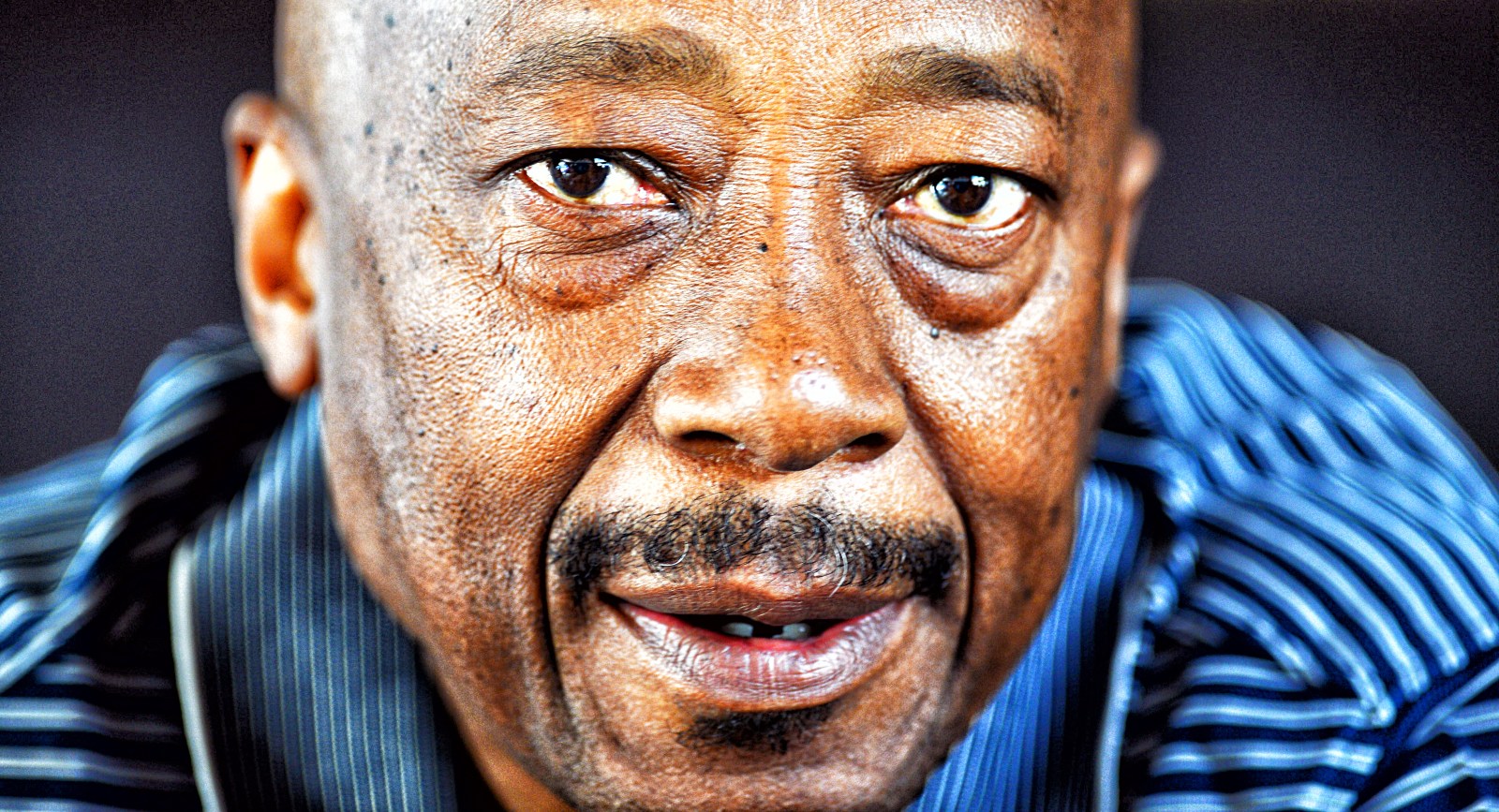 The Medium-Term Budget Policy Statement reflects how State Capture at the tax collector is negatively impacting on South Africans, ripping a R20-billion hole in a tightly-stretched national purse. That’s the amount of the accumulated backlog of value-added tax refunds that must be repaid by March 2019. To put that number into context: the VAT hike to 15% from 1 April 2018 was expected to raise just short of R23-billion. This is a fully home-brewed tale of damaging institutions from the inside that unfolded while Tom Moyane was SARS boss.

Was the debacle over value added tax (VAT) refunds – repaying the backlog is responsible for R20-billion of the R27.4-billion revenue shortfall in the current financial year – because of incompetency or intention?

“It was utilised in a way I am very uncomfortable with,” he replied, later emphasising SARS was now catching up with its VAT refund obligations: “Ultimately, we have to get the money back to the economy to help the economy grow.”

The question was asked again: was the debacle of the VAT refunds intentional or incompetence? And Kingon held the line: what happened was “incorrect”, but whether that was intentional or not was “open for debate”.

It falls on people like Kingon, who has publicly apologised for SARS falling short, but also officials like Advocate Godfrey Lebeya at the Hawks, and whoever is recommended by the presidential panel to head the National Prosecuting Agency (NPA), to rebuild state institutions that have been, if not destroyed, then seriously undermined over years through pliant, politically motivated appointments during the administration of former president Jacob Zuma.

The 2018 MTBPS on page 21 opens the door to how VAT refunds have been diddled while Tom Moyane was Commissioner at SARS from late September 2014, presumably to make tax collection look better given consistently missed revenue collection targets.

The VAT credit book stayed above the R30-billion mark for the next three years to the 2017/18 financial year.

“SARS data suggests that the credit book should normally be about R19-billion, if verified VAT refunds are distributed without delay,” says the 2018 MTBPS.

“In future SARS will ensure that all refunds from correctly completed VAT returns are paid out within 21 working days.”

What all this means is that R20-billion is taken from the national purse to redress the VAT refund backlog, leaving the national coffers short. To put that number into context: the VAT hike to 15% from 1 April 2018 was expected to raise R22.6-billion.

That there was a problem with VAT refunds emerged in late 2016 to early 2017 on the back of an escalating number of complaints by taxpayers that SARS unduly delayed refunds or did not pay at all, causing financial hardships on their businesses, and even job losses. The taxpayer maintained all was above board.

The Office of the Tax Ombud started an official probe that led to its September 2017 report that there was evidence of systemic delays to the detriment of VAT payers.

“A number of complaints that the payments of refunds were unduly delayed were justified… In such instances, no satisfactory explanations were given by SARS for the delays,” concluded the tax ombud report.

“Some of the mechanisms employed by SARS discussed above have justifiably given taxpayers the impression that SARS’s intention is, at least in some instances, to avoid parting with the money it should pay out.”

Moyane has a very different view of his tenure.

“By any lawful measure or standard, my tenure at SARS was the most successful in the democratic era,” he stated in documents to the Constitutional Court to stop the Nugent inquiry into governance at SARS and internal disciplinary proceedings. He has not testified before either.

But to make the point Moyane relies on the tax-to-gross domestic product (GDP) ratio, rather than officially agreed to set tax collection targets. It is those agreed upon tax collection targets, not the ratios, that underpin revenue collection and, ultimately, budgetary allocations to, among others, education, health, social grants and infrastructure spending.

While he correctly describes references to a “R50bn shortfall” as “deliberately misleading” because it related to an unrevised target, Moyane’s court papers fail to mention the revised shortfall came in at R48.2-billion in the 2018 Budget.

And that’s at least the third year in a row SARS under Moyane failed to hit targets. The 2017 Budget announced that a tax collection shortfall was R30.4-billion, while the shortfall was R11.6-billion in Budget 2016.

The turmoil at SARS is real and extensively documented. Daily Maverick’s Pauli van Wyk has recounted in detail the unravelling of SARS under Moyane – also on Moyane’s second-in-command, Jonas Makwakwa, who resigned in March 2018 ahead of disciplinary proceedings – and the machinations that bring together Jacob Zuma, Moyane and international consultancy Bain & Company.

This is another layer of the institutional unravelling amid instability and turbulence. But the apparent manipulation of tax revenue collection through the withholding of VAT refunds does not allow for easy finger-pointing at some unscrupulous international baddie, be it a manipulative global auditing firm or some fee-chowing consultants. It’s all a local, if not so lekker, twist in Moyane’s term.

Moyane will know on Friday whether President Cyril Ramaphosa is firing him. He’s been asked to give reasons why he should not be dismissed after retired Judge Robert Nugent in an interim report of his SARS governance inquiry recommended Moyane’s dismissal.

“We stress that the replacement of Mr Moyane is not a panacea, but only the first necessary measure without which there is no possibility of rectifying the damage that has been done to SARS, and any further recommendations will be fruitless, hence our recommendation at this stage, without awaiting the commission’s final report.”

A few days before Wednesday’s MTBPS, Kingon before the Nugent inquiry apologised to taxpayers, Ramaphosa and current and former SARS staff, as EyeWitnessNews reported: “For falling short of the high standards of performance we’ve always set for ourselves, for not living up to the SARS values and higher purpose, the poor communication, the unfair treatment and the fear and pain staff members may have been subjected, I give that apology unreservedly.”

On Thursday Parliament’s finance committee chairperson Yunus Carrim indicated appreciation for Kingon’s apology. But concerns were raised over the extent of the VAT refund backlog.

“Following complaints from taxpayers and claims by technical experts, our committee has, for over 2 years now, been raising at every quarterly meeting with SARS whether VAT returns were being delayed, and SARS vigorously denied this,” Carrim told Daily Maverick.

“They (SARS) were particularly dismissive of suggestions that they were deliberately withholding tax returns to inflate the achievement of revenue targets. If indeed SARS was misleading the committee it’s a very serious matter, and after the Nugent commission report is released we will have to consider what appropriate action to take.”

The 2018 MTBPS has acknowledged the damage to state institutions – and the need to rebuild.

“At SARS, for example, reforms under way include regularising VAT refund payments and rebuilding enforcement capacity,” said the MPBPS, adding that R1.4-billion has been set aside for these efforts at SARS over the next three years.

Or as Finance Minister Tito Mboweni said in his maiden MTBPS, SARS would be “urgently” fixed along with other key economic institutions.

“It is a matter of public record that the capacity of SARS has been weakened. It is in this context that the SARS leadership team must be strengthened. The organisation has many talented and committed employees, who want the organisation to succeed and who are working tirelessly to rebuild trust.” DM