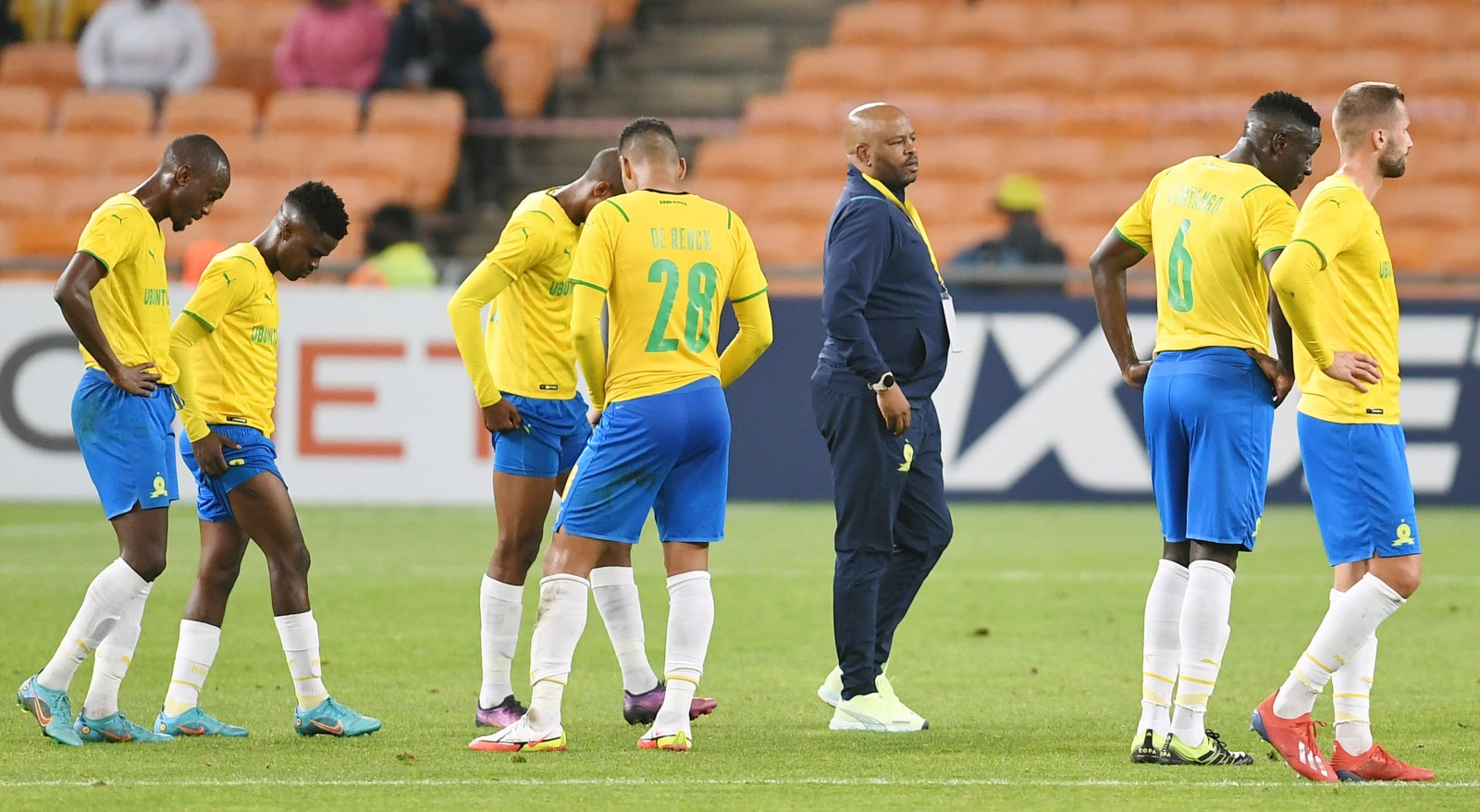 While Mamelodi Sundowns’ Caf Champions League journey came to an abrupt end in the quarterfinals, Orlando Pirates are in the semifinals of the Caf Confederation Cup.

In spite of a fanfare-filled affair at FNB Stadium – which featured pre-game performances by Amapiano heavyweights Kabza De Small and Young Stunna, plus a halftime performance by Cassper Nyovest – Mamelodi Sundowns were knocked out of the Caf Champions League.

Petro Atlético of Angola ended the continental hopes of Masandawana, holding them to a 1-1 draw in front of their home crowd in the Champions League quarterfinal. The result meant the Angolans progressed to the semifinal 3-2 on aggregate following a 2-1 win in Luanda during the first leg.

Considering their domestic form, where they have already won the MTN8 and are coasting to a fifth consecutive league title, Sundowns had been touted as one of the favourites to be crowned kings of Africa.

Moreover, Sundowns were mathematically the best-performing team during the group phase of the Champions League, accumulating 16 points from a possible haul of 18. They also conceded the fewest goals (jointly), letting in just two (along with Morocco’s Raja Casablanca and Espérance of Tunisia).

However, against Petro, they were not as efficient as they have been throughout the season. During a first half that ended nil-all, Sundowns striker Peter Shalulile (currently in the goalscoring form of his life) had a couple of chances to hand his side the lead on the day. He couldn’t. It was an early indication of the frustration that would follow for Masandawana.

Themba Zwane missed a penalty for Sundowns before Kenyan Brian Onyango gave them an early second-half lead. That lead lasted 15 minutes before Brazilian Tiago Azulão brought Petro on level terms from another spot-kick.

“I think we can put the blame on ourselves because we had chances and opportunities to capitalise on some of the challenges they had, based on the profile that we saw of them. But I don’t want to run away from the fact that we were playing against a very good team and they are not just pushovers,” said Sundowns co-coach Manqoba Mngqithi in the aftermath of the defeat.

“I still believe that our team was the better team on the day, but unfortunately that does not count when you did not put balls into the net. In the Champions League, unlike in the PSL [Premier Soccer League], you make one or two stupid mistakes, you get punished. The goals we conceded that side [in Angola] were all very bad goals.”

While Sundowns licked their wounds after their surprise defeat, holders Al Ahly held their nerve to progress to the semifinals of the Champions League with a 3-2 aggregate victory over Morocco’s Raja Casablanca. This came after a 1-1 second leg draw.

Mohamed Abdelmonem scored the vital goal for Pitso Mosimane’s men to level the return tie – a goal that proved most vital for the record African champions after their 2-1 win during the first leg.

The game had to be decided on spot-kicks after Pirates won the return leg of the quarterfinal duel 1-0 in Johannesburg to tie the aggregate score at 1-1. Simba won the first leg in Dar es Salaam by a similar margin a week ago.

The Buccaneers started the match aggressively, fully aware that they needed to net an early goal in order to hand Simba incentive to come out of their shells. However, the Tanzanians defended astutely to hold the rampaging Sea Robbers early on. When the defence was breached, Simba keeper Aishi Manula was up to the task and ready to hamper the South Africans.

Eventually, Simba’s defensive wall was pierced – two minutes after Chris Mugalu was sent off for a dangerous tackle on Pirates defender Olisa Ndah. The Buccaneers capitalised on their one-man advantage almost immediately, as Kwame Peprah found the breakthrough in the 60th minute with an expertly taken header.

Despite being spurred on by a paltry crowd at Orlando Stadium, the South Africans could not find the winner. Which meant the tie was to be decided on penalties. Ofori saved Simba’s opening penalty, taken by Jonas Mkude. He was then on hand to stroke home the winning penalty and earn the South Africans a place in the last four.

In the semifinals, Pirates will play Al Ahli Tripoli of Libya after the latter emerged 1-0 winners on aggregate over fellow Libyan side and rivals, Al-Ittihad Tripoli. The other semifinal clash will see TP Mazembe of the Democratic Republic of Congo wrestle with RS Berkane of Morocco. DM