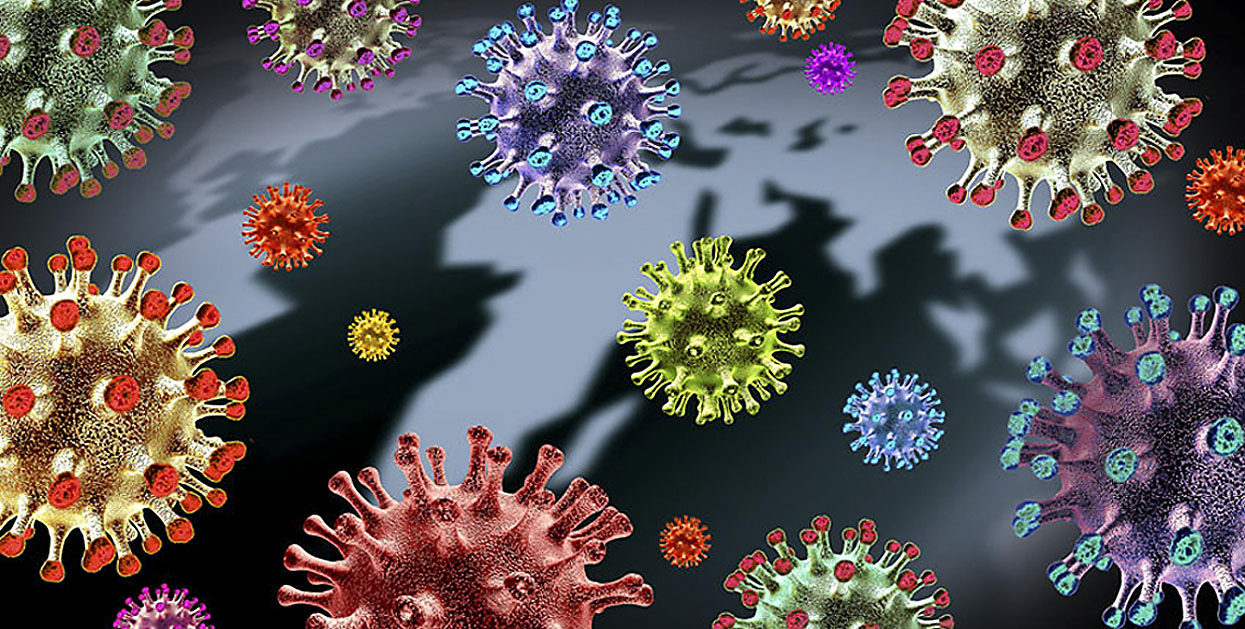 Covid variants are new versions of the virus that are smarter at surviving. (Photo: hms.harvard.edu / Wikipedia)

Sequencing teams analysing data from positive Covid-19 tests in South Africa have found an increase in the presence of two subvariants of Omicron BA.4 and BA.5. This comes as South Africa’s positivity rate jumped from 16% to 19% overnight on Monday.

Two Omicron subvariants are rising rapidly in South Africa and have increased in prevalence from 16% to 44%, according to the latest sequencing data released by the National Institute for Communicable Diseases on Monday.

The data in the sequencing report published on Monday analyses the results of sequencing tests to identify the variant of the SARS-CoV-2 virus in samples, where patients tested positive for infection, collected up to 22 April.

According to this report, the original version of Omicron – BA.1 – dominated the January data (55%), BA.2 dominated in February, March and April, but two additional sublineages of the Omicron variant (BA.4 and BA.5) increased in prevalence during March (16%) and appear to be increasing in April (44%) although additional sequencing data is needed for this period.

Another sublineage, BA.3, continues to be detected but only at low levels.

BA.4 and BA.5 have been designated sub-variants of interest by the World Health Organization, with no evidence yet of increased severity of symptoms or immune escape. In the latest sequencing report, scientists said while the mutations on these two sub-variants are not defined, it may be linked to an increased ability to escape the body’s immunity against SARS-CoV-2.

The authors of the report indicated that they are also monitoring data for recombinants. A recombinant of the Omicron and Delta variants was first identified and then designated as a variant of concern by the World Health Organization in January 2022.

There have also been 65 new hospital admissions. A total of 2,282 people are currently being treated in hospital for Covid-19 related complications in South Africa. The fourth wave, driven by the “original” Omicron virus, was much milder than the previous three waves in the country.

In the last week of March, researchers who monitor the country’s wastewater systems for the presence of SARS-CoV-2 genetic material, raised the alarm that they were seeing an increase.

At the time, concentrations in wastewater samples from Cape Town and Nelson Mandela Bay were highlighted.