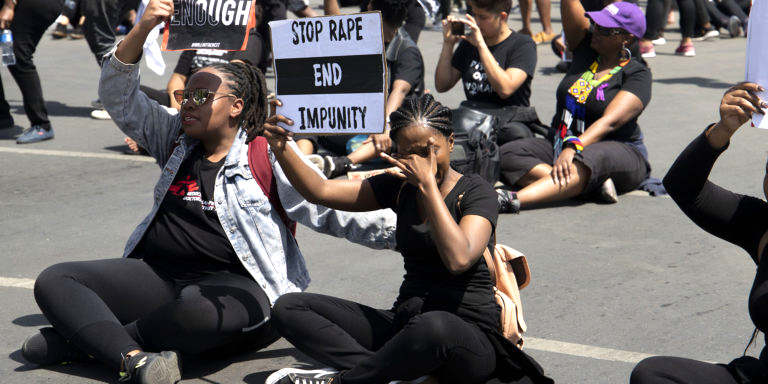 A 15-year-old from a village near Mount Ayliff in the Eastern Cape has been hospitalised after being brutally attacked. She was raped multiple times, blinded and left for dead.

‘Hand him over to the community.” That’s the message from the family of a Mount Ayliff teenager who was left blind and severely traumatised after being repeatedly raped. Her attacker also gouged out one eye and left the other damaged beyond repair. He also stabbed her in the upper body.

The 23-year-old man, who cannot be named until he has pleaded to the charges against him, appeared in the Mount Ayliff Magistrates’ Court on Monday on charges of rape and assault with the intent to do grievous bodily harm. The case has been postponed to 5 May.

On Saturday, the family of the young victim said the court should release her attacker on bail to “face the consequences” of what he had done.

The badly injured 15-year-old girl was found on the roadside next to a forest in Upper Cabazana, Mount Ayliff, on 15 April. She was taken to Nelson Mandela Academic Hospital in Mthatha where she is receiving treatment.

Her family said she told them that while raping her repeatedly, her attacker had said she was still a virgin and that he was going to kill her because if she was left alive, her grandmother, who is a traditional healer in the area, would bewitch him.

The family said they found one of her eyes had been gouged out and the other severely damaged. Doctors removed both eyes, as the damaged one was full of wood splinters and couldn’t be saved.

The girl’s father said the family was devastated.

“My only wish is to see the suspect with my own eyes. I was shocked when I saw my child in the hospital. She is no longer the one that I know… but I am happy that she told us everything that happened to her that day.

“It’s unbelievable that my daughter is in that situation.”

When the attack took place, the girl’s father was working in Rustenburg. He returned home immediately after receiving a call from his sister.

The girl’s aunt had received a call from paramedics working in Mount Ayliff who told her that her niece had been found near the forest, raped and stabbed.

“When we arrived here we visited her in Mthatha hospital — her head was wrapped in bandages. Her neck was red, but she was able to talk,” he said.

“She told us that she was on her way home after meeting her friend near Upper Cabazana forest. They walked in different directions. The suspect was already in the forest. After her friend left, he approached my daughter and raped her.”

Police confirmed that the victim had been found on the roadside near the forest at about 3pm on Friday, 15 April. Police spokesperson Brigadier Tembinkosi Kinana said the girl had been on her way home when she was dragged into a nearby forest, raped and stabbed.

Meanwhile, a pastor from Mount Ayliff was arrested at the weekend for the rape of a 16-year-old girl from a nearby village. Social workers in the province report a disturbing increase in sexual assaults on minors.