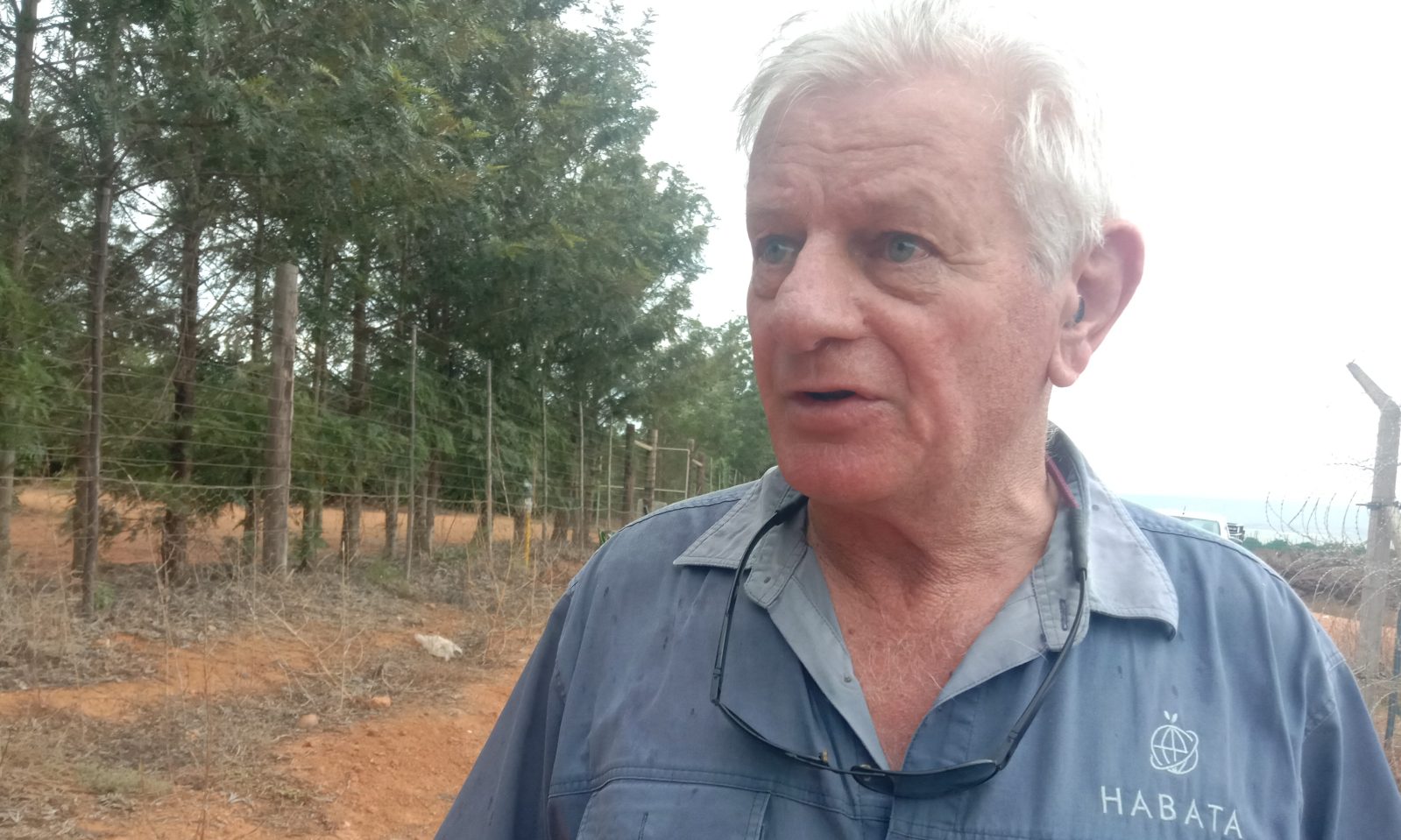 CEO of Habata Group Hannes Joubert says they are yet to tally the total cost of damaged property and the impact the protest is having on the local sector. He said the biggest loss in the citrus fruit industry is investor confidence in the Eastern Cape. (Photo: Thamsanqa Mbovane)

One farmer says the protests and damage to property have costly implications for the already strained citrus industry.

The High Court in Gqeberha has granted an interim interdict to farm owners in the Sundays River Valley Municipality, Eastern Cape, which prevents protesting workers and their supporters from coming within 500 metres of farms.

On Monday, Acting Judge Anusha Rawjee heard the urgent application by the farm owners following several days of mass protests by both farmworkers and residents of Kirkwood and Addo townships. Among their demands are for farm owners to increase their wages by R30 and for fewer immigrants to be employed.

The protests are being led by the South African National Civic Organisation (Sanco) leaders.

We have reported how thousands of protesters shut down the town on Friday, setting alight a tractor and hostels believed to house immigrant workers.

According to court papers, union leaders Mbuyiseli Patrick Bayini, Nicholas Handile and Andile Williams are barred from interfering with the activities of Wicklow Citrus, a farm that lodged the application.

When asked why none of the respondents in the matter were in court, advocate Francois Le Roux for the applicants said that their secretaries had sent the email to Sanco’s head office.

Sanco leader Mbuyiseli Bayini said to GroundUp after proceeding that they had heard rumours that some of the farmers had summonsed them but they hadn’t received it.

Outside court, farmer Hannes Joubert, CEO of the Habata Group, told GroundUp that the violence by protesters forced him to hire a private security company to protect his property and workers. Joubert, who has been in the citrus fruit industry for 44 years, said, “The protest is an attack on us as farmers and our business. It is upsetting, costly and dangerous.”

Joubert said they are yet to tally the total cost of damaged property as well as the impact the protest is having on the local sector.

“They damaged irrigation equipment. Worst of all is that we could not pick, produce, pack and export fruit through the harbour. We are always concerned that the fruit will be overripe,” he said.

He said workers on his farm are paid R23.19 per hour in accordance with the law.

“The industry as a whole is in a bad position. There’s huge pressure on exports. The international shipping lines cannot cope with the aftermath of the destruction of the world distribution network and the war in Ukraine.”

The final ruling on the interdict will be heard in June. DM