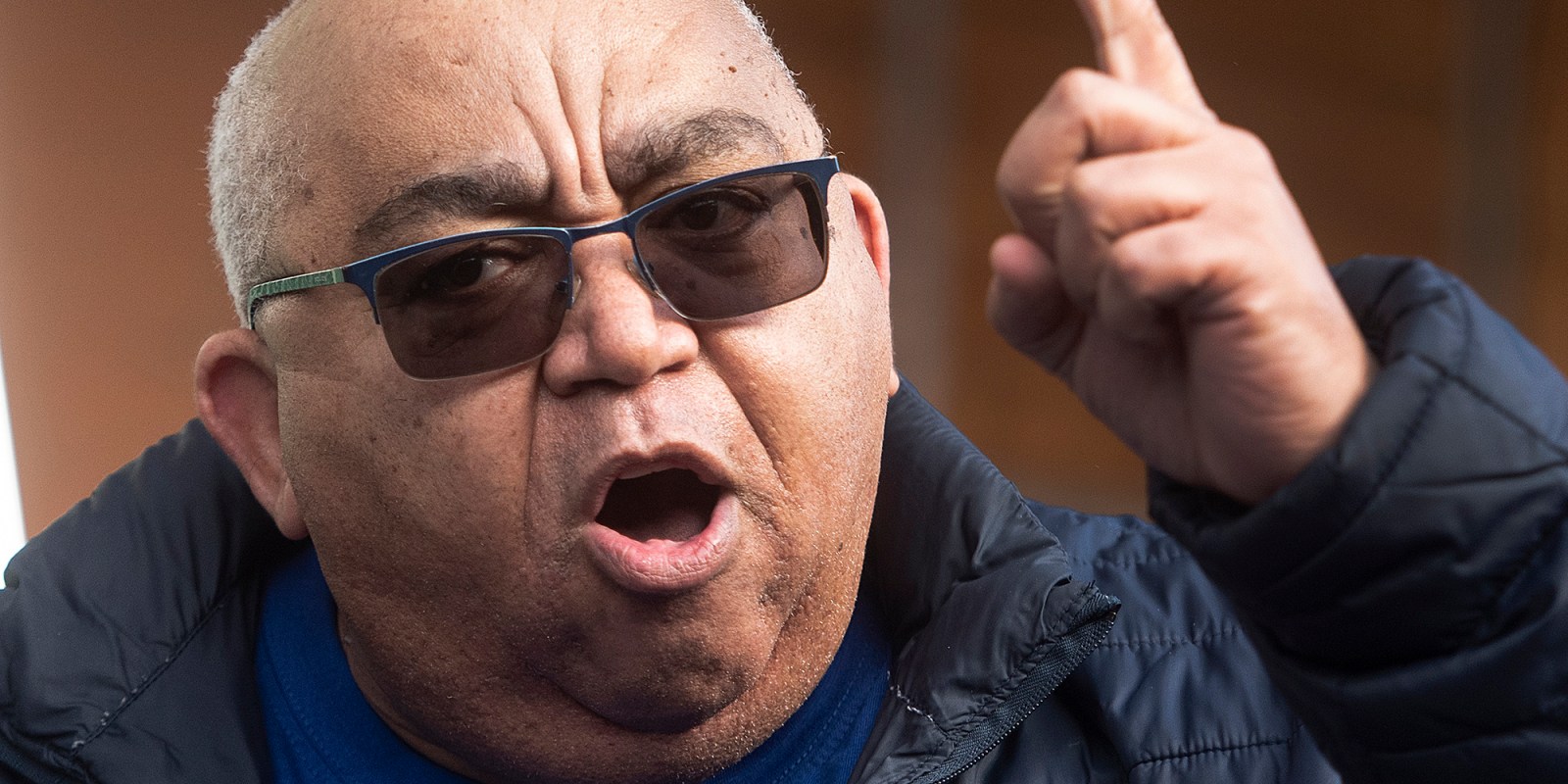 The ANC in the Western Cape legislature says a reason for ongoing gun violence on the Cape Flats is a lack of stable leadership at the renamed Department of Police Oversight and Community Safety after the former MEC, Albert Fritz, was fired. Now the party wants Premier Alan Winde to announce a replacement quickly.

‘We’re calling for decisiveness — appoint someone,” demanded Muhammad Khalid Sayed, the deputy chief whip of the ANC in the Western Cape legislature. The party wants Western Cape premier Alan Winde to appoint a permanent Community Safety MEC. The position was left vacant after the firing of Albert Fritz over allegations of sexual misconduct.

Sayed, with ANC legislature spokesperson on community safety, Melusi Kama, briefed the media on Wednesday in Cape Town on issues including crime in the province.

One of the key issues was what the party called a lack of leadership at the newly renamed Department of Police Oversight and Community Safety — a frontline department in the provincial government’s fight against crime.

Fritz also stepped down as interim DA provincial leader after his initial suspension. He maintained his innocence and said he would approach the courts to review the report.

MEC for Cultural Affairs and Sport, Anroux Marais, has been acting in Fritz’s position.

ANC MPLs said they believed the absence of a permanent community safety MEC added to instability and a “reign of fear by the criminal element”.

The party referred to recent murders in Manenberg, Endlovini, Diep River, Gugulethu, Kuyasa and Old Crossroads, areas they claim have been turned into dumping grounds for corpses, with mass murders reported almost every week.

Kama said in a recent parliamentary question posed to Marais, she indicated that between 2019 and 2021, there were 30 reported mass murders in the province, which claimed the lives of 117 people, including 11 innocent children.

“Lack of leadership within the department is worsening the situation,” said Sayed, who called for Winde to finalise Fritz’s replacement immediately.

In response, Winde told Daily Maverick: “I have been applying my mind, with the due seriousness that this matter deserves, to select a permanent replacement.”

Winde said the portfolio of community safety was a “major priority” for the province. “I am thoroughly interrogating the best person for this role… our residents should expect nothing less from me.

“I expect to make an announcement on this soon.”

Winde praised Anroux Marais: “From engaging regularly with the PC, to devising a fulsome budget to address safety in our province, to ensuring the stability of our safety programmes, she has been an active and hands-on acting minister of community safety.”

The ANC seemed not to agree. “Her lack of understanding and comprehension in this space were exposed when she could not respond to basic questions,” Kama said. The responses given by Marais showed she was “clueless” about the department.

When asked by Daily Maverick who they thought a candidate would be for Community Safety, Sayed pointed to names such as Reagan Allen (current chairperson of the legislature’s standing committee on Cultural Affairs, Sports and Community Safety), Mireille Wenger (DA Chief Whip in the legislature), Ricardo Mackenzie (Member of the Provincial Legislature) and Dan Plato (former mayor of Cape Town) being mentioned for the position. DM