Sundowns, Pirates and Pitso Mosimane continue to fly the flag 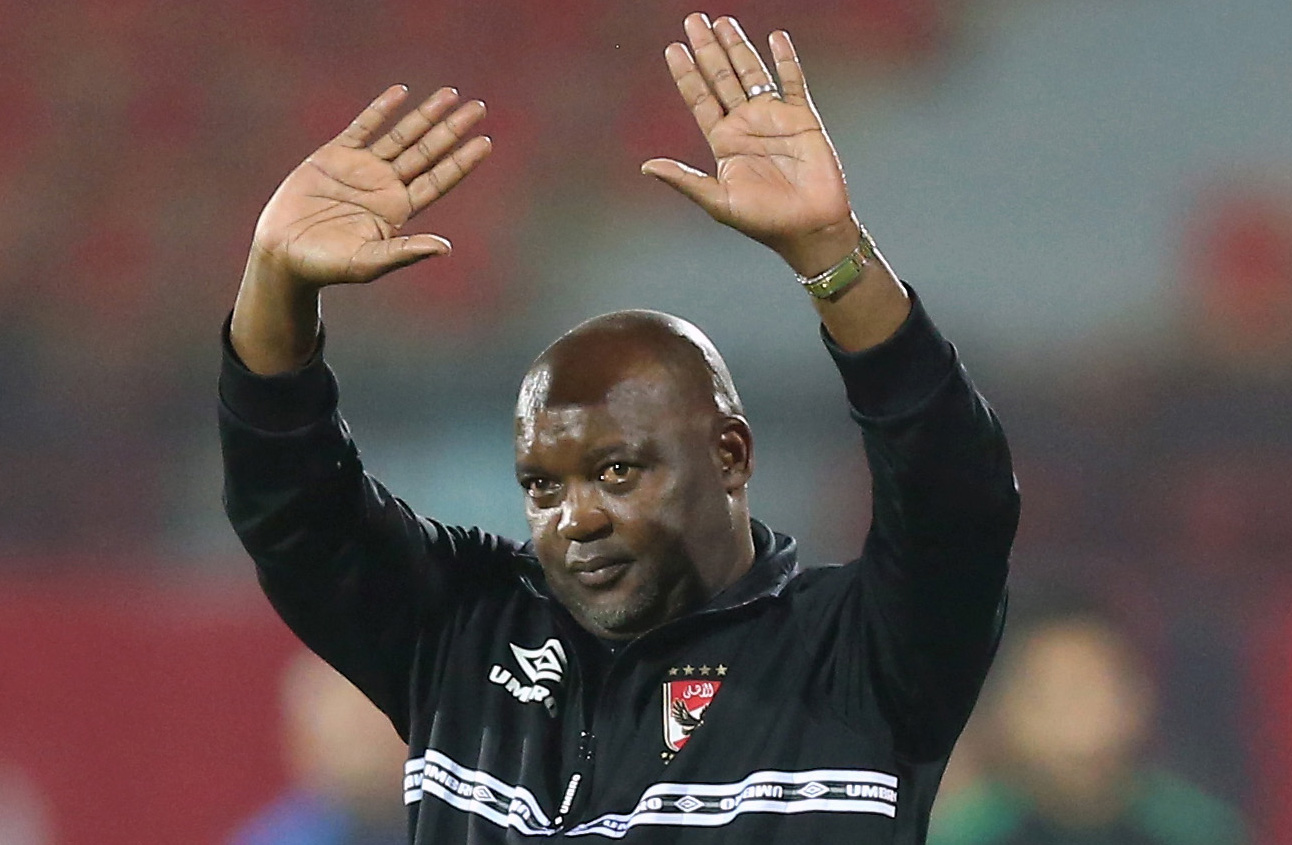 Al Ahly head coach Pitso Mosimane will be leaving the club after 21 months at the helm. (Photo: EPA / Khaled Elfiqi)

Continental football in Africa is at the quarterfinal stage. South Africa is well represented in the form of Masandawana and the Buccaneers.

Despite their domestic dominance over the years, Mamelodi Sundowns have struggled to transfer that superiority onto the premier continental club showpiece, the CAF Champions League.

Masandawana have qualified for every Champions League edition since the 2014/2015 season, winning the coveted title in 2016 under the tutelage of Pitso Mosimane. In 2022, they are out to add to their solitary continental title.

First, they must navigate past Angolan side Petro de Luanda to reach the semifinals. The South Africans were pitted against Petro during the quarterfinal draw on 5 April. The duo will do battle over two legs, set to be played on 15 and 22 April, with the Angolans hosting the opening leg; the reverse will be played in South Africa.

A cut above the rest

Sundowns were mathematically the best performing team during the group phase of the Champions League, accumulating 16 points from a possible haul of 18. They also conceded the least goals (jointly), letting in just two (along with Morocco’s Raja Casablanca and Espérance of Tunisia).

As a result, they finished first in a group consisting of defending champions Al Ahly, as well as Sudanese heavyweights Al-Merrikh and Al Hilal.

Still, the South African giants are refusing to take their next obstacle lightly. Os Tricolores – who are in the knockouts for just the second time in their history – qualified for the quarterfinals after finishing second in Group D with 11 points. They fended off competition from Egyptian juggernaut Zamalek and Angolan league rivals Sagrada Esperança to book their date with Downs.

“Petro are a very good side with good Champions League experience; they’ve been here for three seasons in a row,” said Sundowns co-coach Rulani Mokwena of their opponents’ quality.

“It’s their second time in the quarterfinals, but what we’ve seen in the group is that they are a very capable team. They’ve scored nine and conceded eight. To accumulate 11 points in a difficult group for them means they are a very good team and they are sitting on top of the log in Angola – with 54 points from 21 games – and are currently the reigning domestic cup champions.”

The two sides are not strangers, having been in the same group during the 2019/2020 season. Then, the South Africans ran riot – thumping their Angolan counterparts 3-0 in the first leg at home, before grinding out a 2-2 draw in Luanda. Mokwena says that is all in the past and the team is focused on what Petro has to offer in 2022.

“[We have been in the same group in the tournament before] but this is the Champions League – past results count for absolutely nothing. History speaks about what has happened, the future speaks to what could happen,” said Mokwena.

“Ours is just to continue to focus on the work that we do and try to play the game the way it is supposed to be played. They have a couple of players [who played the last time we met] and Sundowns also has a few [who] played [back then]. The reality is that the game is always changing every year and the Champions League gets harder and harder to play in; we just have to put all of our focus and energy into this tie.”

The winner of this tie will clash with the team that emerges victorious when Morocco’s Wydad Casablanca clashes with Algerian side CR Belouizdad.

Meanwhile, the runners-up in Sundowns’ group, Al Ahly, have been pitted against Moroccan heavyweights Raja Casablanca. The Red Devils had an indifferent group campaign. They won three, drew one and lost two as they finished six points behind Masandawana.

Against Raja, who were also one of the more impressive teams behind Sundowns during the group phase after finishing with 15 points from their six games, Mosimane and his men will have to be at their sharpest.

The two sides met as recently as December 2021 in the CAF Super Cup final after Raja had won the Confederation Cup.

Then, the Red Devils managed to grab a late equaliser to see the match end 1-1 in regulation time, before emerging 6-5 winners in the penalty shootout that ensued. South African coach Mosimane hinted that despite their group stage struggles, they’d be in the final again – after winning the last two Champions League titles under his watch.

“It’s … [been] like that in the group stages ever since I’ve been here. It’s never very nice, never very clean or easy.

“I think you know what happens at the end, how this movie ends. It’s a marathon and it’s not about how fast you start,” the ever-confident Mosimane told journalists after his side ended their group campaign.

Another SA side still flying the country’s flag in continental competition is Orlando Pirates. The Buccaneers are through to the quarterfinals of the Champions League auxiliary competition, the Confederation Cup.

Pirates finished at the summit of their group, with four wins, a loss and a draw from their six games. They also ended the round-robin phase as the top goal scorers, with 15 strikes to their name – the only team, other than RS Berkane of Morocco, to reach a double-digit goal tally during the group campaign.

They were handed a tricky fixture for the last eight, where they are poised to go up against Tanzanians Simba SC. The head coach of Simba, Pablo Franco Martin, is cognisant of the dangers posed by their South African opponents, although he believes his team can do just as much damage as they can receive.

“At this stage there is no margin for mistakes,” the Spanish tactician pointed out. “They are also worried about the draw because they are facing such a good team as Simba. Both teams will try to play good football because at this stage all teams are good.”

Meanwhile, in another Confederation Cup fixture involving South Africa, Pyramids of Egypt were drawn against Congolese giants TP Mazembe in the quarterfinal. Bafana Bafana forward Fagrie Lakay dons the colours of the former, and he too will be hoping to carry on waving the South African flag continentally. DM168