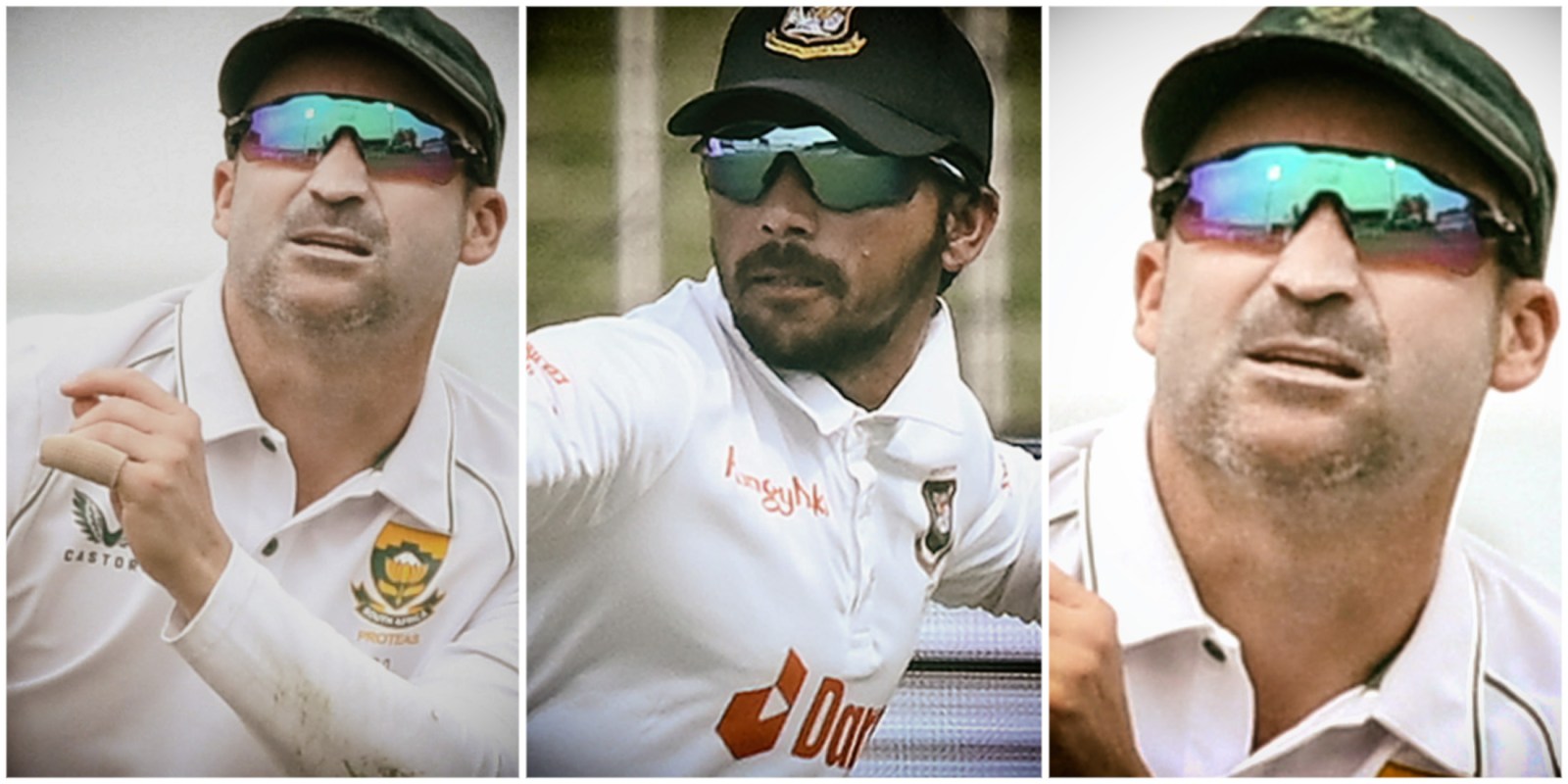 The second Test between South Africa and Bangladesh has an edge to it after a combative first encounter.

There are many subplots to observe during the second Test between South Africa and Bangladesh at St George’s Park in Gqeberha, but the main talking point has been an edge between the teams.

Bangladesh were unhappy with the standard of umpiring and South Africa’s apparent sledging during the first Test, especially of 21-year-old batter Mahmudul Hasan Joy. The young batter scored a superb 137 in the first innings, but was the target of South African verbals.

In addition, umpires Marais Erasmus and Adrian Holdstock had eight of their on-field decisions overturned by the Decision Review System (DRS). But the reality is the tourists were exposed by South Africa’s spin bowling. That is not a scenario they would have envisaged when they left the sub-continent to come to South Africa.

Keshav Maharaj and Simon Harmer took 14 wickets between them in the first Test, which the Proteas won by 220 runs in Durban. While the Kingsmead pitch offered some assistance for spinners, it was also lively enough for the seam bowlers to extract movement and bounce. So, the fact that the two South African spinners were so effective does suggest they deserve another outing.

Bangladesh were surprised by the Proteas’ selection and lost the bulk of their wickets to the spin twins, which included a superb seven for 32 by Maharaj in the second innings. Bangladesh collapsed to 53 all out.

After losing, they chose to lodge complaints against the standard of umpiring and South Africa’s sledging, which they felt was over the top. It smacked of a side trying to deflect from its own serious shortcomings against a Proteas side shorn of six of its best starting XI due to Indian Premier League commitments.

The response from the tourists after their heavy defeat prompted Proteas captain Dean Elgar to encourage them to, use the old phrase, take a teaspoon of cement and harden the f**k up.

“We play the game hard, and if anything, we were just giving back what we were getting when we were batting,” Elgar, with a deep gash over his eye after an accident in the shower, said on the eve of the second Test.

“It is Test cricket. It’s a man’s environment when it comes to playing at this level, and I intend to play the game hard. By no means did we swear or use foul language towards the Bangladeshi cricketers, because we respect them.

“We were just giving them back what we were receiving. I think they need to harden up and play the game at a level that maybe they’re not used to. We received it first, and we responded in that way.

“One of my messages to the players is that we do everything with dignity, and we don’t throw our badge or our name away. I didn’t see any bad sledging out there, even from their side,” he said. “This is Test cricket, and we need to dry our eyes sometimes.”

Mominul tried to downplay the complaints, suggesting they weren’t unhappy with the so-called sledging, even though it has been widely reported they were, with no refute from the management.

“I never complained about sledging,” Mominul said. “In cricket, sledging happens, and you have to absorb it. You have to take it very easily. I think you guys heard it wrongly.”

Mominul said with a hint of sarcasm in a television interview after the first Test: “Sledging is quite normal, but the umpires didn’t seem to notice it. The umpiring in the match is not in our control, but I think the ICC should think about bringing back neutral umpires.”

Read into that what you will. Elgar certainly wasn’t having it as an excuse for the tourists’ meek capitulation on day five in the face of excellent bowling and a hostile environment.

“It was the level of intensity at which we were playing. I felt our intensity was right up there with regards to the conditions,” Elgar said.

“This is Test cricket. When I started playing it, the environments were a lot harsher. You were told everything that you didn’t want to know about yourself. We’re representing our country and we want to win, and if you’re playing a little bit of a mind game on the opposition, why not?

“Even though we were bowling spinners, the ruthlessness and relentlessness that they showed was world-class. Maybe Bangladesh got caught up in the moment, which played perfectly into our hands. That’s what comes with gamesmanship.

“You’ve got to outsmart and outplay and outwit your opposition. That’s the total emotional and mental side of Test cricket that people forget about sometimes. Then, if you incorporate your skill and tick the boxes to the best of your ability, that’s what sums up Test cricket.”

South Africa are likely to go into the match with two spinners again after the success of the ploy.

But the wicket does appear to have something in it for the seamers and Bangladesh bowling coach Allan Donald suggested that it was one for the quicks. It might have been a diversion to force South Africa into reconsidering their spinning approach, but they are unlikely to budge.

Donald’s hand in Bangladesh’s fast bowling unit has been immediate and the trio of Khaled Ahmed, Ebadot Hossain and Taskin Ahmed has been impressive. Taskin suffered a shoulder injury in the first Test but bowled on.

“I think the Bangladesh seamers can be very proud of the way they conducted themselves in the first Test,” Donald told ESPNCricinfo. “We were feeling our way into it a little bit. Once we settled down, it was very good.

“We spoke about bowling in partnerships. It was a fantastic performance from all the seamers. The way Khaled got into the team, the way Ebadot bowled.

“It was even better in the second innings. I felt we bowled like a Test unit. The run rate went down from 3.7 to 2.5. The way we took wickets at crucial times in that second innings to restrict South Africa to 273. I am very proud of the seamers. They kept coming all day long to keep the pressure up. If you are looking for a recipe for success, it doesn’t change here in St George’s Park.” DM