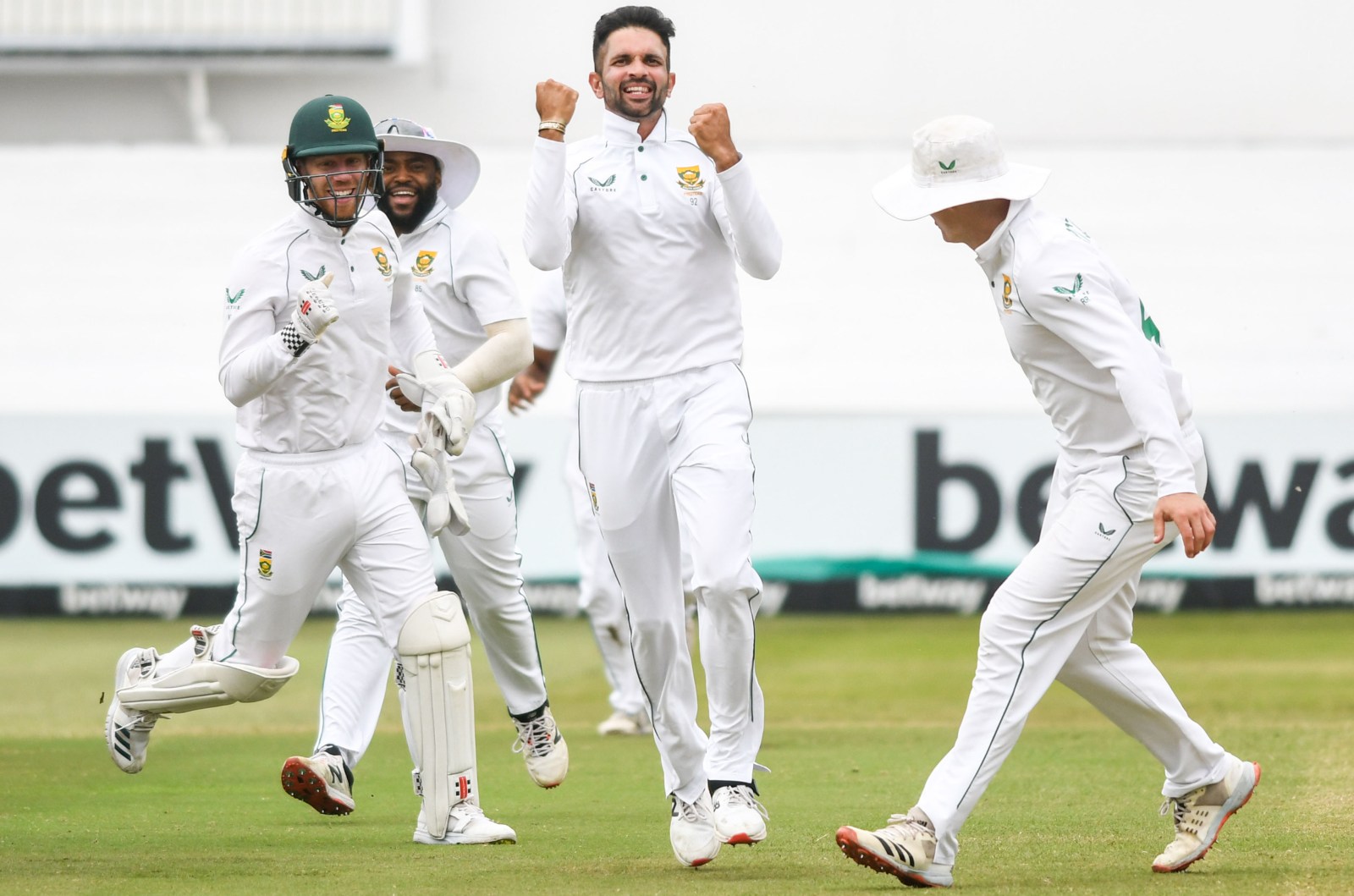 South Africa were in cruise control at Kingsmead, dismissing the Bangla Tigers to clinch a 220-run win.

Left-arm spinner Keshav Maharaj took seven wickets as South Africa made light work of bowling Bangladesh out for 53 in 19 overs in their second innings to claim a 220-run victory in the first Test at Kingsmead on Monday.

It was the lowest Test innings total at Kingsmead, less than the 66 India managed in 1996.

Bangladesh had been set a target of 274 for the win but resumed on 11 for three and were bowled out inside 55 minutes.

Maharaj took 7-32 and fellow spinner Simon Harmer 3-21 to complete a dominant performance for the home side, who were missing five first-team regulars that have opted to play in the Indian Premier League, including their entire frontline pace attack.

“It is pretty special,” South Africa captain Dean Elgar said at the post-match presentation. “It was hard graft in conditions we are not used to and was a challenge for a young bowling unit.”

He had particular praise for the spin duo, who took 14 wickets between them.

South Africa’s lack of bowling options had in part forced them to play two spinners at a venue that has traditionally been known to favour the seamers.

Maharaj’s effort was all the more impressive after he bowled with a finger injury on the fourth and fifth days, but the guile and accuracy with which he and Harmer attacked the Bangladeshis were impressively relentless.

“I’m actually quite emotional. I’m just glad I could take the team over the line today,” Maharaj said at the post-match presentation.

“As cricketers, sometimes we are impatient people. I think when you bowl long spells you want to get a reward and it’s just about sticking to the processes.

“The hard work and toil from the first innings paid dividends in the second.”

Maharaj bowled in tandem with off-spinner Harmer, who was playing his first test in seven years after a spell in English county cricket with Essex. Harmer finished with match figures of seven-124.

It is unlikely the pair would have played together had South Africa not been without their entire frontline pace attack, who are away at the Indian Premier League.

“Fortunately, I had Simon at the other end, who provided control. We had a bit of a stop on the game, which allowed us to strike with our (attacking) fields,” Maharaj said.

“It’s been a long time since South Africa has played two spinners, so I’m glad there’s been a shift in mindset towards slow bowling in our country.

“I’m very pleased for Simon, he’s taken the opportunity with both hands. I know he’s gone overseas and came back. He’s a different player, his skills have gone up.”

Maharaj trapped Mushfiqur Rahim (0) leg before wicket in the opening over of the day and from then on it was a procession of batsmen back to the pavilion.

He had the dangerous Litton Das (2) caught by Harmer at mid-on, and then bowled Yasir Ali (5) with a delivery that pitched on middle stump and hit off.

“We just tried to play to the merit of the balls,” Bangladesh captain Mominul Haque said. “We are used to playing spin in Bangladesh, but we played too many loose shots. We have one more match, we need to come back strongly.”

The second and final Test begins in Gqeberha, formerly known as Port Elizabeth, on Thursday. Reuters/DM