Proteas rue soft dismissals in first Test against Bangladesh, but still in a strong position 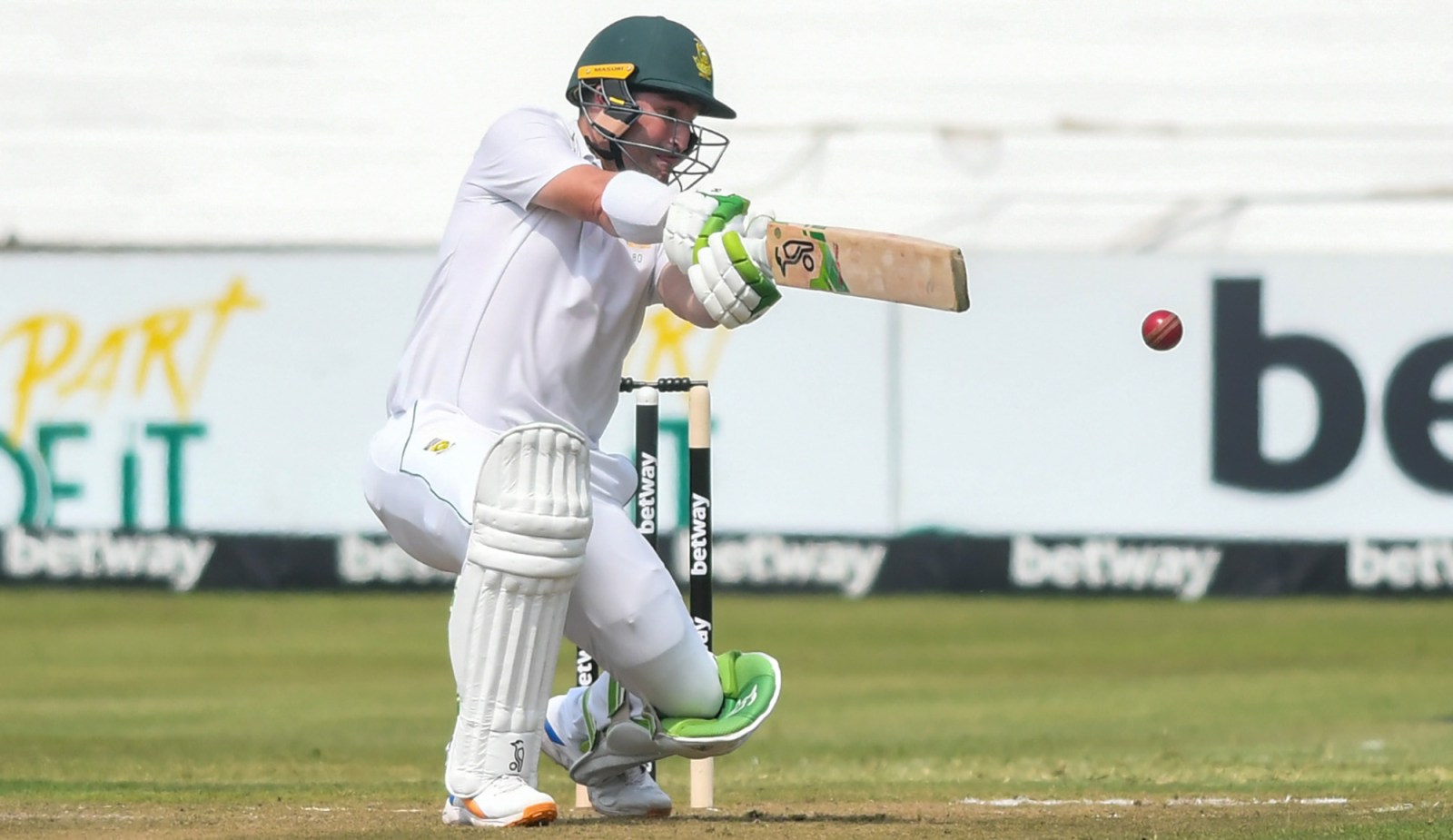 Captain of South Africa Dean Elgar on his way to a score of 67 on day one of the first Test between the Proteas and Bangladesh at Kingsmead Stadium in Durban on 31 March 2022. (Photo: Darren Stewart / Gallo Images / Getty Images)

Despite three soft dismissals and a bizarre delay to the start of play, South Africa were in a strong position at the end of day one of the first Test against Bangladesh in Durban.

The home side, after being sent in to bat by Bangladesh, ended the day on 233 for four, with Temba Bavuma unbeaten on 53. Despite the healthy position, it could have been even so much better had batters not thrown wickets away.

Opener Sarel Erwee played an agricultural heave that cannoned off an inside edge and on to his stumps when he was well set on 41 off-spin bowler Mehidy Hasan Miraz.

Erwee and skipper Dean Elgar took the Proteas to 95 without loss at lunch, but both lost their wickets soon after the break and within an over of each other.

Elgar was well caught by keeper Liton Das from a ball that nipped and rose sharply off a length by Khaled Ahmed. Elgar scored 67 from 101 balls. Elgar was in a positive mood and reached his half-century off only 60 balls. His innings was laced with attacking shots on both sides of the wicket, which resulted in 11 boundaries.

Erwee was more circumspect but also in control of his play before his wild stroke ended an innings of promise. It left Bavuma and Keegan Petersen to stop the wobble.

The pair stemmed the immediate bleeding with a 29-run stand, but then promptly undid their good work with a foolishly attempted quick single that led to Petersen’s wicket.

The elegant right-hander was run out with a direct hit from point fielder Mehidy, who scampered to his right and executed a spectacular moment, but in truth, there was no need for such a tight single at that stage.

“It was one of the best runouts I’ve seen. He’s been an amazing fielder for us and that was a runout by a guy who is very confident in his game right now,” Bangladesh coach Russell Domingo said after the day’s play.

With the Proteas at 146 for three, Bangladesh had an opening to exploit, especially as the next man to the crease was debutant Ryan Rickelton. Despite an average of more than 50 in first-class cricket, and north of 80 in seven domestic matches this season, Rickelton has had to wait a long time for his Test chance.

With the ball 46 overs old when he arrived at the crease, he couldn’t have asked for a better time to make his Test entrance and despite a few nervy early shots, he looked the part.

He got off the mark with a reverse sweep for four and played some sumptuous cover drives with a typical left-handed flourish. It might have been overconfidence, but after compiling an eye-catching 21 from 41 balls, Rickelton tried to pull the tireless Ebadot Hossain over midwicket and miscued badly. The ball spooned up for Bangladesh captain Mominul Haque to complete the simplest of catches.

It was left to Bavuma, on the occasion of his 50th Test cap, to see the team through to the close. He moved to his 18th Test half-century shortly before the premature close of play due to bad light. He has the chance to score that elusive second Test century on day two.

Bavuma played with typical steely resolve interspersed with quality strokeplay and on the evidence of day one’s performance, is in good touch.

With Kyle Verreynne (27*) in support, the pair shared an unbeaten 53-run fifth-wicket stand and both have a chance to post big scores on a pitch that has played evenly.

It has offered the bowlers some movement when the ball is pitched up, but overall it is a pitch that looks like it will reward batters willing to dig in.

Domingo was slightly annoyed that the start of play was delayed by 33 minutes due to a sight screen malfunction. It cost his side some of the best seam bowling conditions after they had made the decision to bowl after winning the toss.

“The delay wasn’t great because the half-hour holdup didn’t help us and we didn’t start well after that,” Domingo said. “We bowled averagely in the first session but came back well after lunch. If we can nip out two quick wickets in the morning, we’re in the game.

“There was some cloud cover this morning and it would have been good if we started on time, because by the time we did start the clouds had burnt off.

“We went into the match with a very inexperienced bowling attack… Ebadot is the most experienced with 12 Tests and his last Test was three months ago in New Zealand. The boys were a little nervous and a little over-eager and lost their lengths. But they came back well after lunch.

“I think it’s a good wicket with an even covering of grass. It’s evenly paced and spin will come into the game as it progresses. It didn’t do anything untoward and run-scoring was harder when the ball got older.